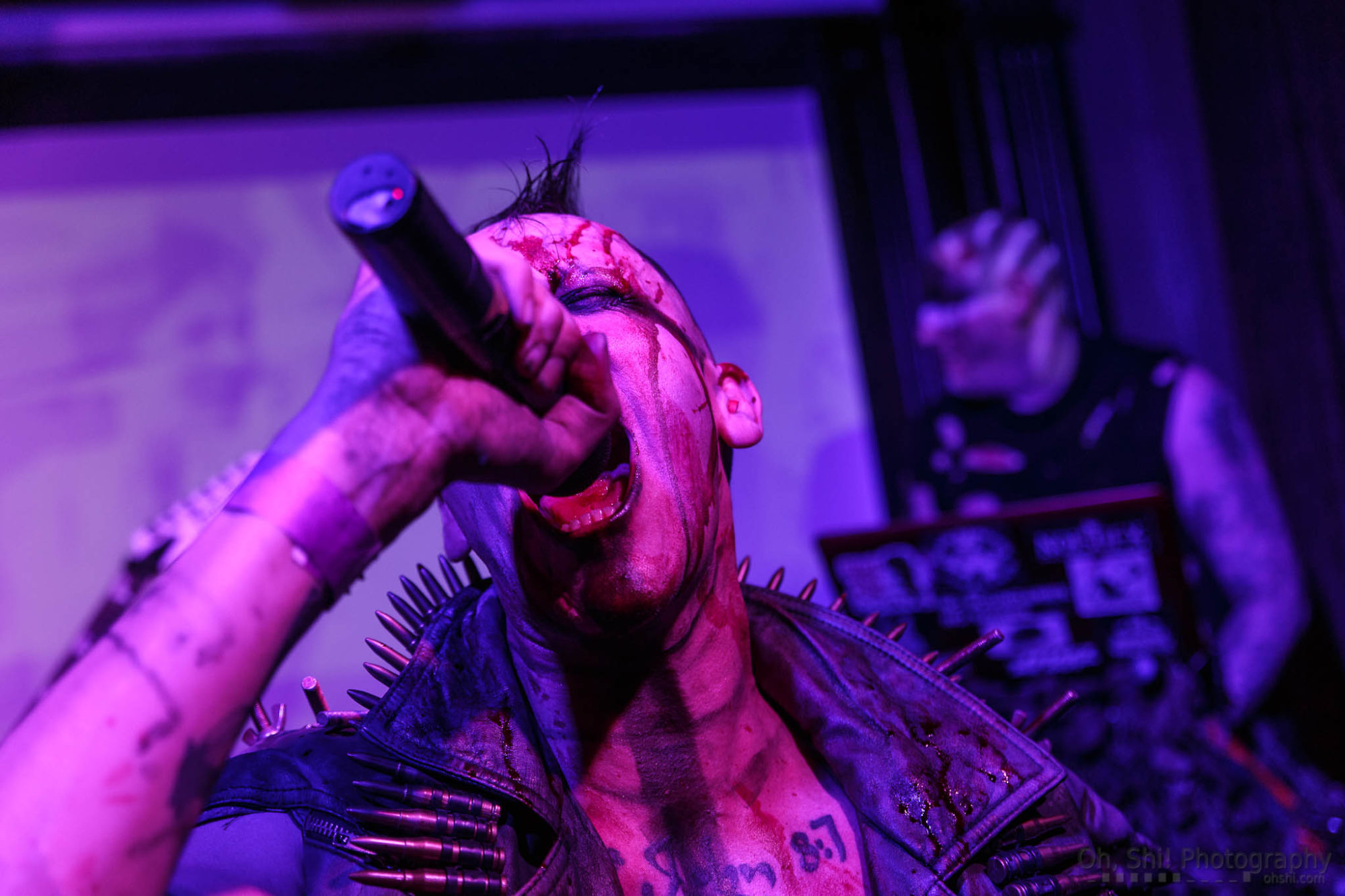 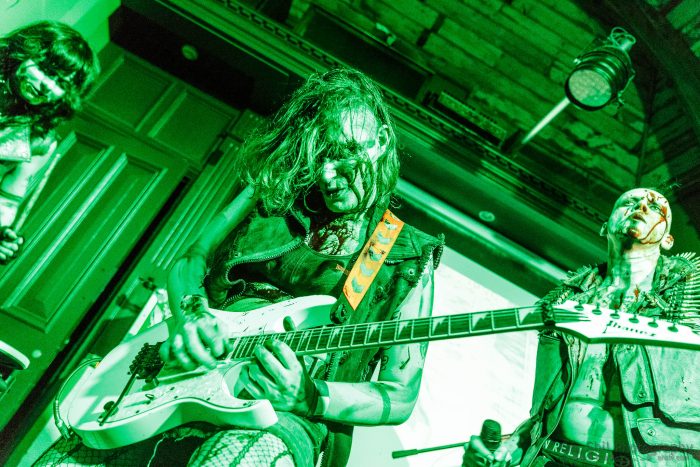 Specially-curated alt/electronic nights can collect a reputation of being pretentious and picky – but AnalogueTrash are a Manchester-based record label shattering that stereotype with their series of live events. Intimate venues. Crowds coursing with energy. And triple headliner formats sure to leave you satisfied… Emily Oldfield certainly was.

The Castle Hotel was well co-ordinated to the atmosphere of the event – a closely-packed crowd, low-lighting and a closed-off room which fed into the electro-punk intensity of the evening. Expectations were high with The Webb, The Arcane Network Broadcast Intrusion and Syd.31 having just released their album The Last Punks on Earth, all on the bill. 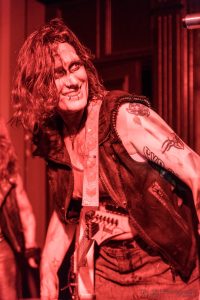 First up were The Webb, a boy/girl duo bringing both goth and punk together for a beguiling blend of sound which quickly immersed the crowd. Marc plays drums, keyboards and bass, all in real-time and often switching between instruments which added to the interest – and topped with enchanting vocals from Becki. The vocals conjured up spiralling depths which reminded me of Siosxiue and the Banshees, especially in the track Little Pieces which built up a chant-like quality.

The line-up was well synchronised in direction too, as next to follow were The Arcane Network Broadcast Intrusion, whose surrealist humour and synthpunk sound served to captivate the already stirred-up crowd. Having formed just last year their allusions to hacker culture and intense synths felt like a well-worked expression of some of the threats facing modern society. One way to face threat, is to re-interpret it – and this was cleverly managed through trippy drum machines and synth work.

As the sense of threat and heat continued to build, it seemed very much appropriate for the entrance of Syd.31 – a four-piece based in Manchester – dripping not just in fake blood, but anger – which their new album makes a stunning articulation of. The Last Punks on Earth, released on the 17 March is a necessary assault on the ears in a society strung up by desensitisation; but could this be feasibly brought to the stage?

In their set, Syd.31 brought more than just the adrenaline of an album – oh yes. Wearing your heart on your sleeve is one thing, but these guys were holding theirs out to the audience, in their hands.

There was a captivating rawness to beginning with the opening track of the album Beware Of The Gods before driving into the danceable destruction of We Are The Freaks. Reworked as the lead single on their album, the smashing electro was topped with Charlotte Wincombe’s signature guitar, to brilliant effect live. 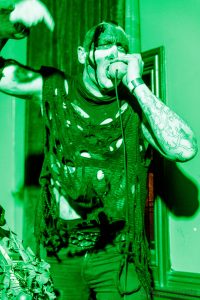 Syd.31’s 11-track-strong performance included the title track of the new album as well as old favourites including ‘Start a War’. There was intelligent alternation between more vocally-heavy tracks, screamed raw by Jason Pearson and more electronic-based pieces, testament to Dani Graves’ ability to sustain some seethingly good synths which never lose their original intensity.

The final three tracks were well- co-ordinated to bring the audience together in a primal, passionate mess of music, Kara Wolf’s relentless drum synths keeping up the energy as we were pushed through March as Friends, Hate and Mr Vain.

Mr Vain was certainly one of the stand-out features of the night and an expression of how to not just speak to an audience, but speak through them – as most of them were on stage by the end. For a band passionate about expression, equality and engaging with the emotion of what it is to live – this was an ideal finale.

All photos from Oh, Shi! Photography