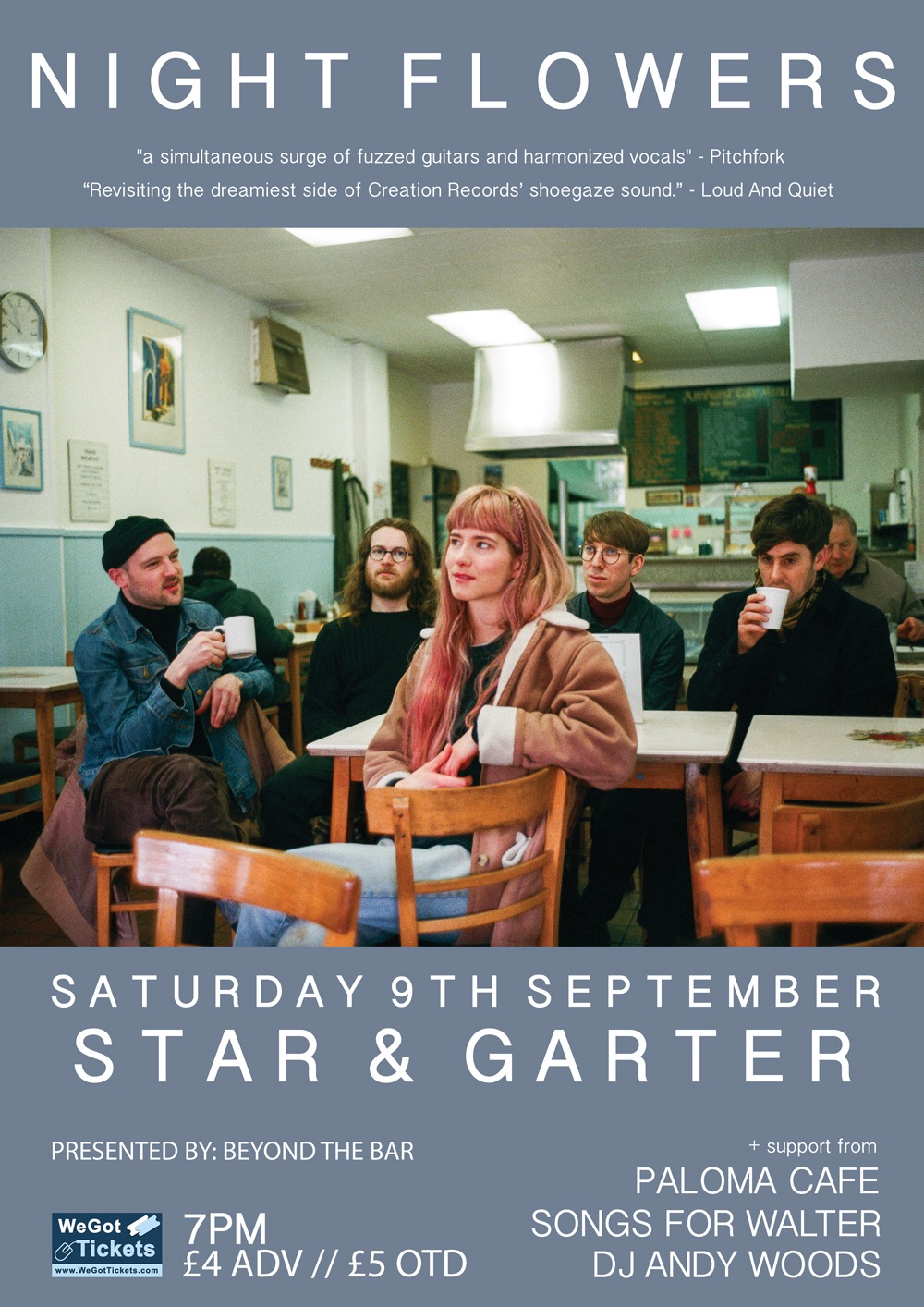 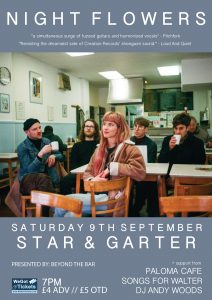 Night Flowers are a five-piece band originally hailing from Humberside. Their sound has been described as an irresistible brand of heart stirring, romantic pop, a joyous combination of intertwining female/male vocals, backed by wistful, jangly guitars and nineties shoegaze atmospherics. Having recently supported The Pains of Being Pure at Heart on their recent UK tour, the band are gearing up for their debut album release, details of which are to be announced soon.

details of gig: Saturday 09th September 2017 at the Star & Garter Manchester with support from Songs for Walter and Paloma Cafe