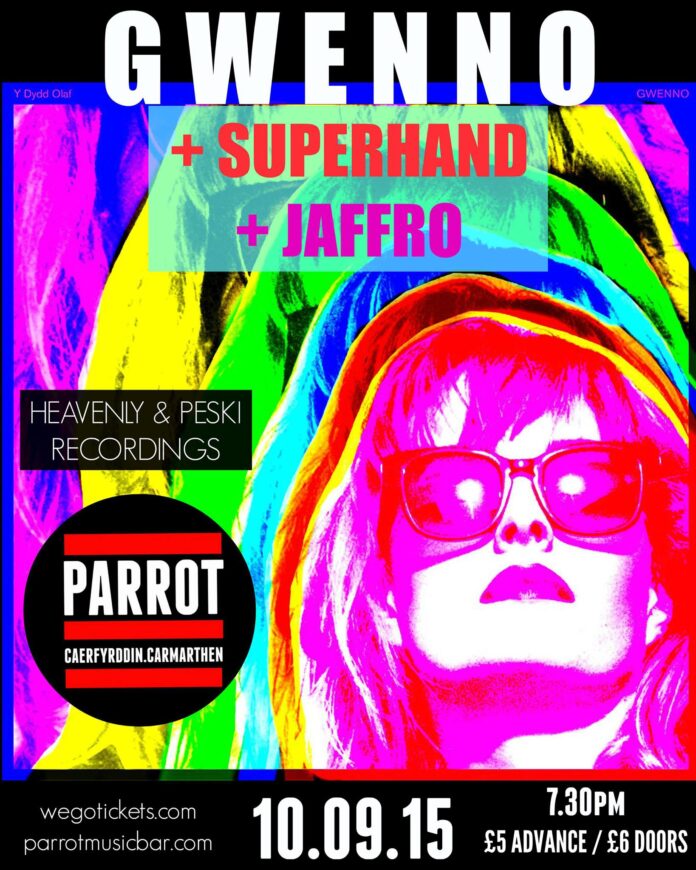 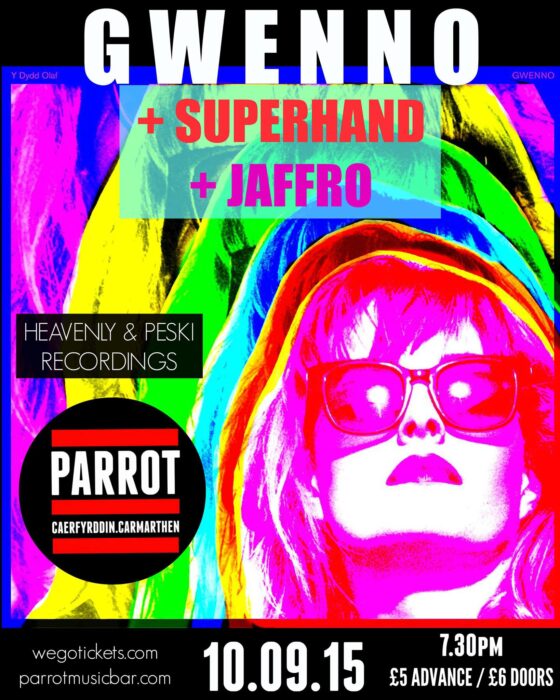 Gwenno Saunders has announced a gig at Carmarthen’s Parrot Music Venue next month, on September 10th. Support comes in the form of Jaffro and Louder Than War favourites Superhand.

Gwenno has been garnering much well deserved praise for her debut album ‘Y Dydd Olaf’ which was originally released on Peski Records last year but has been re-released by Heavenly Recordings. Described as “a blissful kraut-pop record” it was also recently 6 Music’s Album Of The Day and has just been announced as the winner of the Welsh Language Album of the Year at the annual Eisteddfod festival, a celebration of all things Welsh.

We recently ran a fascinating interview with Gwenno about the album, focussing on its inspiration, an obscure 1970s Welsh language sci-fi novel, as well as musical influences such as Anhrefn, Malcolm Neon, Llwybr Llaethog, Datblygu and Ectogram – names Peel listeners back in the 80s will be very familiar with!

Advance tickets are £5 and can be bought here, or you can pay £6 on the door.

For more details visit: parrotmusicbar.co.uk or you can check the following socials:

Gwenno also has these shows upcoming…

Check out the track Patriarchaeth by Gwenno Saunders below…