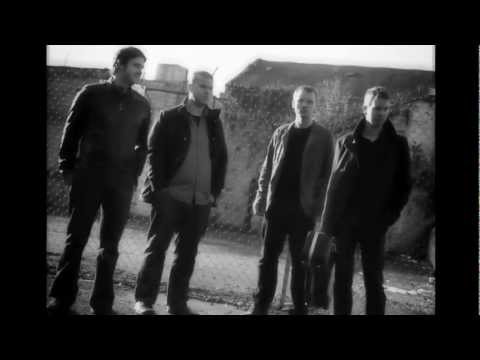 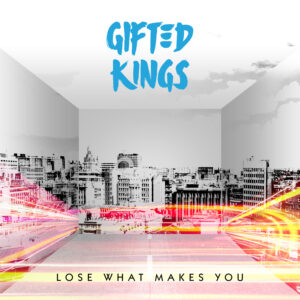 Gifted Kings – Lose What Makes You

From the outset, the signs are good for Lose What Makes You. Gifted Kings employ the production and mixing services of the folks partly responsible for releases by Depeche Mode, Springsteen and U2 and the album artwork is clean and eye-catching. Recorded at the same studio as Bohemian Rhapsody and What’s The Story Morning Glory it’s easy to be slightly impressed before the album even starts. Sadly, in reality it’s an album that doesn’t really live up to expectations and could easily fade away from whence it came without a trace.

It’s difficult to pinpoint one thing that lets the album down as there are several minor setbacks which could really have been rectified with time. The songs are good, but do lack strong choruses, seeming to go for the ‘meat and no substance’ approach. Tracks are full of strong guitars and percussion but don’t really seem to go anywhere. The vocals from Derek Murray (half of one of the two sets of brothers making up the band) are too far back in the mix making them sound weak and sometimes not suited to the tracks – whether that is down to them not being strong enough full stop or just poorly mixed is difficult to tell.

The Last Time has hints of The Manic Street Preachers which I’m not sure is a good thing. The vocals are mellow and the instrumentation is accomplished, but the ‘Wow Factor’ seems amiss. Last Trace Of The Sun has a good feel but again, fails to lift itself anywhere. There’s no doubt that Gifted Kings have something here but you can’t help feeling that there’s just a little missing.

The first single lifted from the album, Dead End Road, is probably the finest track on board. It has balls and is head and shoulders above everything else. It gave the group a following in Belarus where they seem to be picking up a lot of support which is great, and maybe their future lies in that direction, but for the UK their sound may be slightly dated. Think of Ireland’s Silent Running who had a stab at stardom in the 80s and you won’t go far wrong.

There’s undoubtedly a market for their sound but the album seems a little rushed (as does their website, which is live but clearly not yet finished) and maybe could have done with a while longer to finalise.

In essence, they’re obviously a talented enough bunch of lads, but maybe their time has been and gone before they even knew it.

All words by Paul Scott-Bates. More of Paul’s writing on Louder Than War can be found here. Paul’s website is hiapop Blog where this article was originally published here. Paul is working hard to save Radio Lancashire’s On The Wire, the BBCs longest running alternative music programme. Follow him on twitter as @saveonthewire for all On The Wire news or follow hiapop Blog on Twitter, @hiapop.