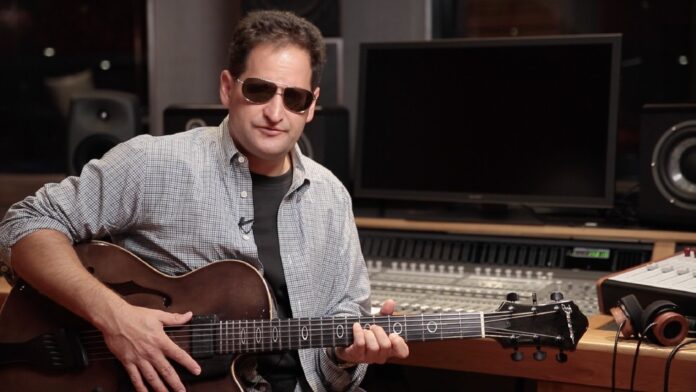 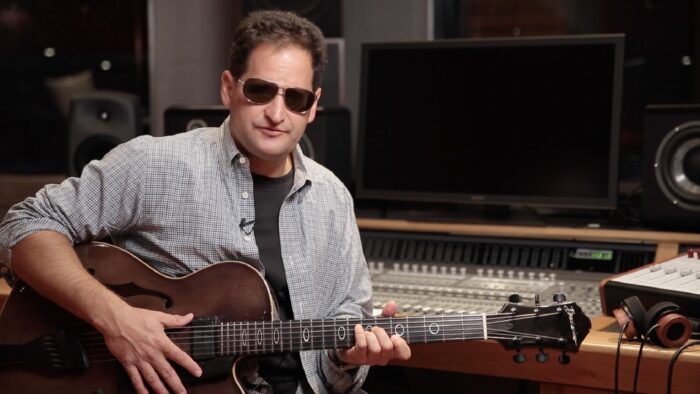 Like a splash of bright red lipstick upon a monochromatic black and white canvas ” City Blog” manoeuvres a silvery coalescence of smooth, sexy and seductive improvisation. An immense array of talented musicians and vocalists helped Gideon King create this proud studio project.

Each of the 10 tracks on the album provide its very own life journey its own source of imagination and its own urban fantasy. The lead song “City Blog” presents a haunting ” Twilight Zone” dimension. The recalls are compelling urging one to investigate the lyrics. ” Seeing Double”,  track two is urban including lyrics such as ” Gave up my seat on the subway to an old pick pocket”…
Melody number four , ” New York” sest the scene for a clandestine rendezvous, embracing a bottle of red wine, a smoke filled room and an evening of pure seduction. Track six  ” What Say You” is  hauntingly vocalized by a smooth jazz songstress Grace Weber, who does an unimaginably tantalizing job. ” Dirty Bastard” is a song of ” today”, spilling the streets of New York City all over it.
My own personal favourite is the last tune ” Broken Noise” , which starts off with a scintillating jazz vocal acapella. The harmony is majestic and explosive. The music is deliberately distorted and explosive.

The members of  City Blog  are all forcefully talented, beginning with upright bassist, Matt Penman, hailing from New Zealand and playing the bass since he was 14 years old. James Genus , who plays the electric and upright bass , is a member of The Saturday Night Live band. While Kevin  Hays began playing piano at age 6 and professionally by the time he was 15 years old. Donald Edwards, drummer who soloed at the Tel-Aviv Jazz Fest in 2013 and Willard Dyson , New York internationally renown drummer as well, are also included in City Blog. Saxophone player Donny McCaslin was featured at the Newport Jazz Festival in 2013 and trumpet player Andy Gravish is also accomplished and internationally recognized. Vocalist Elliot Skinner who’s high pitch falsetto adds charm and intensity to the tracks won the Young Arts Award in 2013. Saul Kurtz is a songwriter and pop singer who enjoyed hits such as ” Mr Executive ” and more recently ” Partner in Crime”. His unique voice lends style and passion to the songs of City Blog. Carolyn Leonhart is the daughter of jazz bassist Jay Leonhart. Her brother Michael Leonhart is a superb trumpet player. Carolyn is noted for being a back up vocalist for Steely Dan on many of their tours. Popular songwriter and singer Marc Broussard is no stranger to a microphone. He has released five studio albums and has been featured on ” Larry King Live” ” The Tonight Show with Jay Leno” , ” Jimmy Kimmel Live “, Late Night with Conan O’Brien”, just to mention several. His ” Bayou Soul” funk vocal genre impacts the recording with a soulful , southern type blues expressiveness , adding a rich effervescence to many of the tracks.
Grace Weber’s heartfelt, fervent and sincere vocals are showcased on the tracks ” Glide”, ” What Say You” and ” Broken Noise”. At only 16 years old Weber performed on the national television program ” Showtime at The Apollo” in Harlem New York. She has performed for the ” National Music Publisher Association’s” annual event in Washington D.C. opening for Lady Antebellum and gained much recognition when she appeared on the Oprah Winfrey show. Currently based in Brooklyn, Weber was voted ” Spotlight Artist Watch” by Billboard Magazine in 2010.

The release was mixed and mastered at No Bad Music Studio and recorded at Strange Weather Studio, Jungle City Studios, Grand Street Recording, and No Bad Music Studio. The mastermind of City Blog, Gideon King was musically raised as young boy. He is a composer, based in New York City as well as an accomplished guitarist , elegant songwriter , and proficient producer. His inspiration were that of Steely Dan , Neil Young, Seal, Wayne Shorter, and a vast amount of others associated with the music industry. He has toyed with many genres including jazz , fusion, pop and funk and this album has hints of each in its  composition. It takes a great musical talent to twist and blend a musical pitch, and then also compose lyrics to match the mood. It takes an even greater talent to find the perfect musicians and vocalists to create a studio project as pure and clean as City Blog. With the instrumentals absurdly miraculous, the lyrics  meaningful and intriguing,  and the vocals epic , this album is essential for anyone’s collection.

More info on Gideon King and City Blog can be found on Facebook.