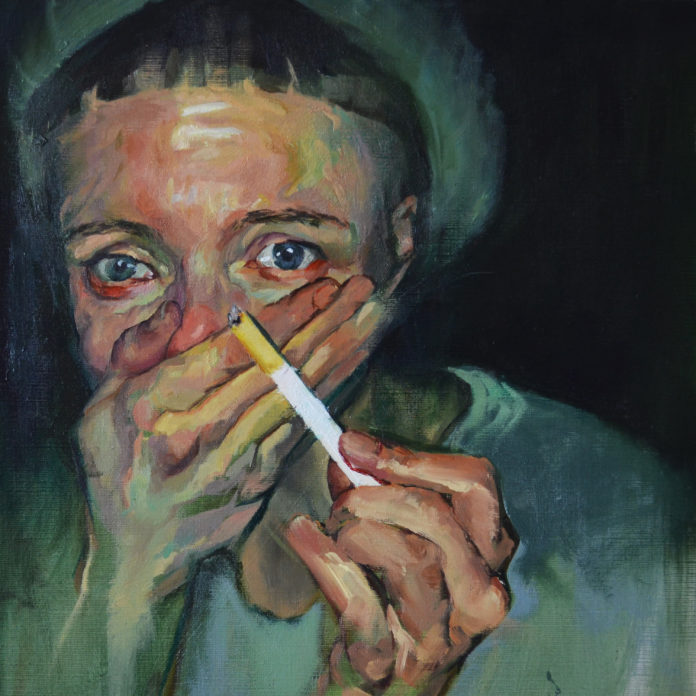 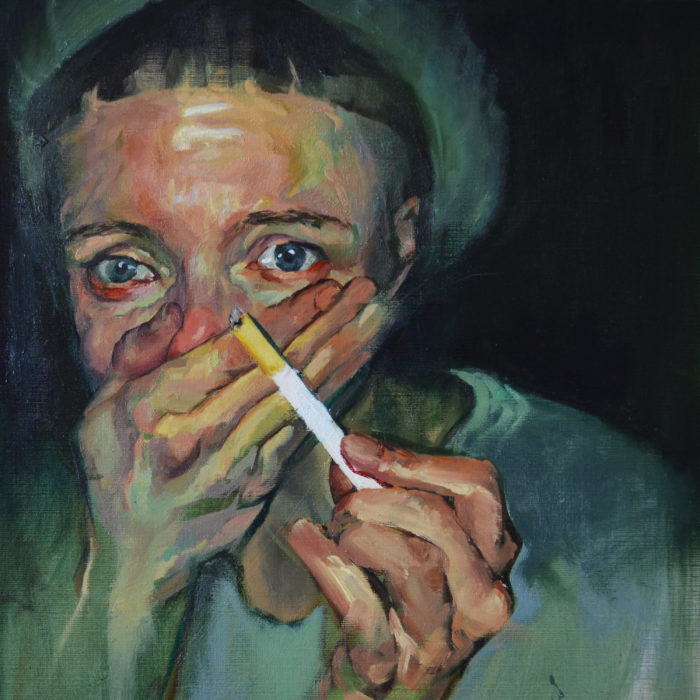 You know the drill. Band builds up fanbase and gets the press talking via gigs and one-off releases. Band finally drops debut album. Press decide they are the king makers and that said album isn’t what they wanted. Press turn on band. Band become The Twang. It’s a story we are all familiar with and it is one that gets looped and looped yet every once in a while a band gets the buzz and chatter. Gets the fanbase. Releases debut album….and it destroys all expectations. Giant Swan have been building a head of steam up and this release feels like the duo of Robin Stewart and Harry Wright unleashing hell on Earth..and it is glorious.

Giant Swan’s debut has its touchstones and its feint flirtations with others that have gone before (a little bit of Carter Tutti Void here, a smudge of Faust there) but the end result is nothing but them. Giant Swan is a gut curdling and ugly record that feels like barbed wire being wrapped around your throat. There is so much going on here and it is no surprise to find out that they have produced a song on Moor Mother’s recently released brilliant album Analog Fluids of Sonic Black Holes. There is a shared sense of outsider techno that flows through the two albums. Underground music in its purest form. You may be able to dance to some of it (Weight of Love, 55 Year Old Daughter, YFPHNT) however the true power of the album is what it does to your head and not necessarily your feet. There is a wonderful internalisation that happens when listening to the album. If you can hang on to it and yourself you are destined for a most rewarding journey.

What are the vocals trying to tell us? Are they profound or are they just one more layer of sound? The answer really lies within you the listener as Giant Swan really just act as guides nudging you here and there. The incantation-like feel to Peace Fort 9 is both soothing and ghastly. No edges are smoothed to make the music more palatable. You are either with them or against them. There can be no indifference towards the sound of Giant Swan for it is an album that demands your full attention. It smothers you and grinds you down and all the while you are thanking them for it.

I am pretty sure that there will be countless column inches written about the fact an album like this exists in the current political and social landscape but for this writer all that matters right now is that Giant Swan have delivered one of the finest debut albums in recent memory and one of the most confounding, confusing, shocking and beautiful bass records in many a year. Grab on and allow them to shake you out of your stupor. Take no prisoners, take no shit indeed.