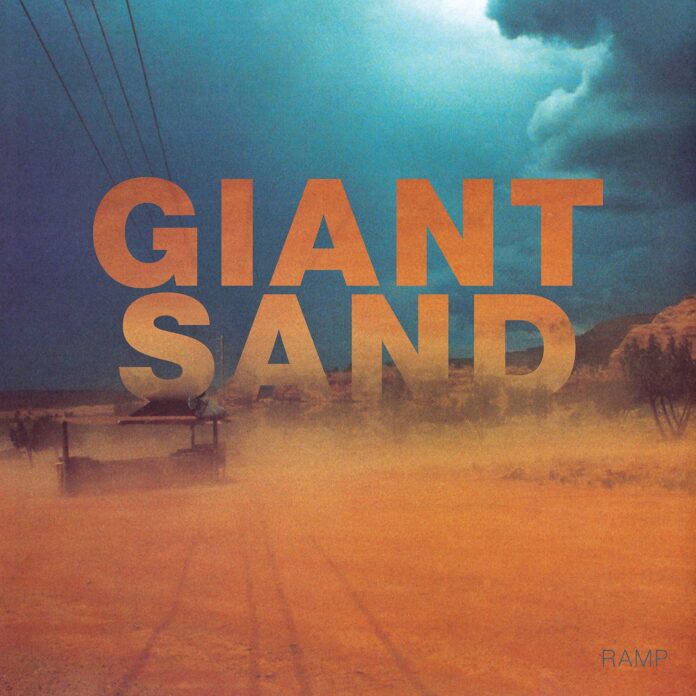 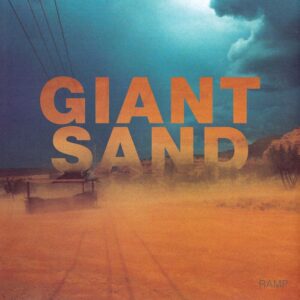 Over the last decade, Fire Records have embarked on a close love affair with Howe Gelb and his desert rock pioneers, Giant Sand. The last decade has seen reissues of some of his band’s seminal albums, as well as an expansive retrospective. Now comes the turn of the band’s seventh album, 1991’s Ramp, and, once again, the reissue does not disappoint.

From the moment that the opening guitar of Warm Storm sparks up, it’s clear that Gelb was melding in the crunch of the alternative scene of the time. With the underdogs taking over, grunge about to peak, the band melded the energy around them into one of their finest albums. As the prolific godfather of alt-country, his touch has influenced within and beyond the genre, and on Ramp it’s easy to see why. The anthemic Romance Of Falling sits somewhere between The Pixies and Kurt Vile, while Always Horses Coming growls with the intensity of Neil Young’s Crazy Horse. But, although such songs stand out as ragged rockers, it’s in the stripped-back strums of the gentler songs where he showed his grace.

He flits with ease between the midnight country cowboy rhythm of Seldom Matter and the piano pop of Neon Filler. What ties the whole album together, as always, is Gelb’s parched Lou Reed-like drawl. His lyrical playfulness comes through in spades, raising wry smiles as they hit. Collaborator Pappy Allen managed a studied country croon on the Jim Reeves classic, Welcome To My World. Even where the songs seem like they are about to fall apart, such as on the lolloping acoustic Resolver, they ride confidently on, this time running a lo-fi slacker style that would later be heard in the likes of Pavement.

As with the previous CD reissue of the album, the second disc contains the band’s Mad Dog session from the same year, opening with the screeching jazz-infused Back To The Black And Grey. The song shows that the band here were really relishing the spontaneity of the session. Of the album tracks, the only one repeated is Romance Of Falling which, stripped of the delicacy of the studio production, is a riotous crashing of alt-rock harnessing its then past, present, and the future it would go on to influence. Bible Black, Book II scurries around for more than eight minutes as a true dive bar piano-man tune. It never seems to know the destination but, as the saying goes, the journey sure as hell is fun.

On Ramp, Gelb and his Giant Sand cohorts really captured the light and dark of their songwriting, choosing perfectly the moments to skip with a drunken abandon and those to fall into the density of their sound. It’s plain and clear to see why the album became a firm favourite and is great to see it reissued once again.

The CD version is available to buy here.

Listen to Romance Of Falling below: