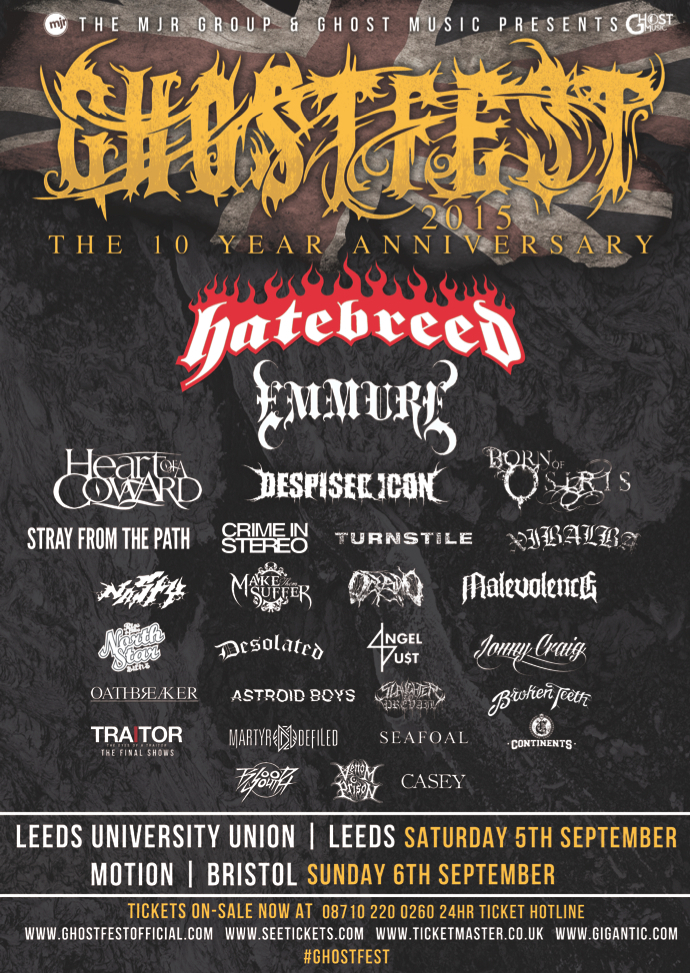 The hardcore and metal festival Ghostfest, headlined by the ferocious Hatebreed, kicks off this Saturday in Leeds with a cracking lineup, full details about which can be found below, along with news as to where to buy some of the remaining tickets.

Ghostfest was launched in Leeds in 2005 by festival director Toyan St Hilaire, with a vision to put on the best small, independent metal and hardcore festival in the country – a vision it has clearly realised over the festival’s decade in existence.

To celebrate it’s tenth year the festival is taking place across two cities and two days, firstly at it’s official home in Leeds and then Bristol, at Motion Skatepark, which, as the home of Temples Festival, has firmly positioned itself as one of the best venues for this sort of event.

This year Ghostfest has been taken over by Michael Jones of The MJR Group and the lineup booked for the festival is simply staggering, featuring some brilliant names across the extreme metal and hardcore punk genres. It’s also sadly been announced that next year there will be no Ghostfest, an announcement greeted with sadness but with the suggestion on the Facebook being that it might come back in 2017 after a year’s rest being made we’re hopeful this won’t be the end of the festival forever.

Bands on out “must-see” list include Sheffield’s Malevolence, Temples Festival veterans Oathbreaker, Baltimore metallic hardcore heroes Turnstile, Nasty, who last time they played Bristol sold out the venue and proceeded to play one of the most intense sets I’ve ever seen a band play, the crushing extreme metallers Xibalba, Astroid Boys – the only urban rap crew we’ve seen people two-step mosh to – and the brutal beatdowns of the brilliant Despised Icon. Oh, and headliners Hatebreed of course!

Keep up to date with news about the festival via the Ghostfest Facebook and on Twitter (@Ghostfestmosh).

Clashfinders can be found below… 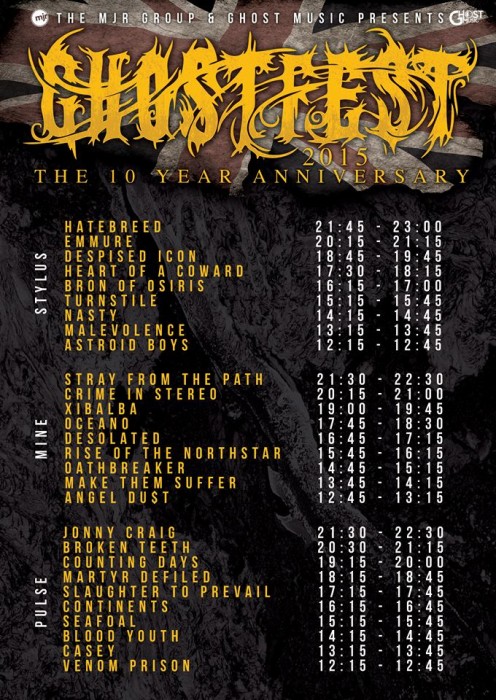 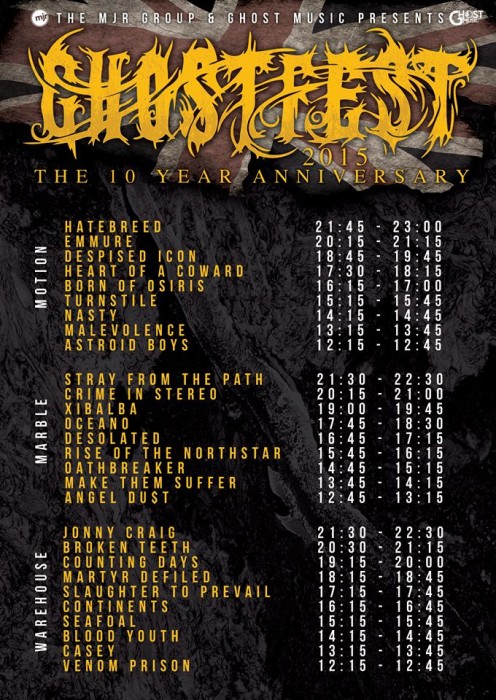