Home Music Reviews Album Reviews The Ghost Riders in the Sky: The Death of Everything New –... 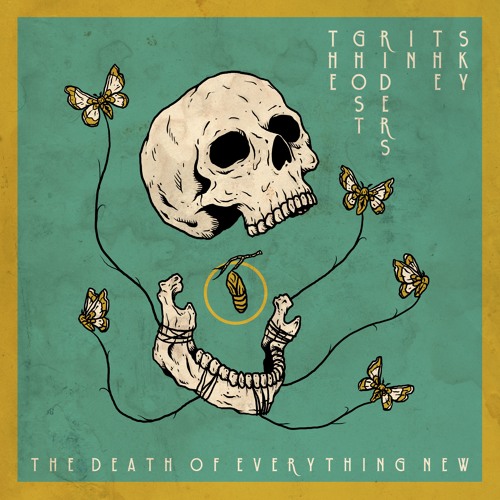 The Ghost Riders in the Sky: The Death of Everything New

Nowadays when an artist labels their music as “British Americana”, it’s difficult not to think of something a little bland and inoffensive. But when a leading member of the band was formerly a guitarist in Gallows, it becomes a little more interesting. Louder Than War’s Thomas Roden assesses the outcome.  There must be something other than blood that runs through the veins of those in the Carter family. The ferocity and the fury of Frank Carter is evident in every single act he bellows in the name of: Gallows, Pure Love, The Rattlesnakes. But it seems that this intensity is also evident in former Gallows guitarist Steph Carter, whose latest musical project The Ghost Riders In The Sky is the most vicious Americana available.  The outfit’s debut album The Death of Everything New wastes no time in demonstrating this. Guitars scorch and sizzle along blistering opener The Trip, while the vocals of Steph and his wife Gillian intertwine in a way that feels almost traditionally Americana. Finding a balance between the melody and the velocity must be difficult, but it seems effortless here.  It must be noted that this union of two sounds isn’t always as glaringly obvious. The band find themselves slipping into softer, more traditionalist sounds for the acoustic-driven A Haunting and to a light desert-rock feel for penultimate track Dark Love – a track which deserves particular attention for the fantastic use of harmonised vocals. In these instances it is the delivery of the vocals that provide the gritty power.  Ultimately this is where The Ghost Riders In The Sky set themselves apart, in a fantastic way, from other Carter family endeavours. While they channel the same intensity that keeps the heart of the Carters kicking the crap out of their chests, there’s an increased focus in melody and harmony that feels as if it was missed in previous outings.   The Death of Everything New is a refreshing injection of steroids into what can be a feeble style, and one that we never knew we needed. Anybody who preferred the musical middle ground that Pure Love offered and is still reeling from their split can find comfort in the sky.

More Writing from  Tom Roden can be found at his Louder Than War’s author’s archive.