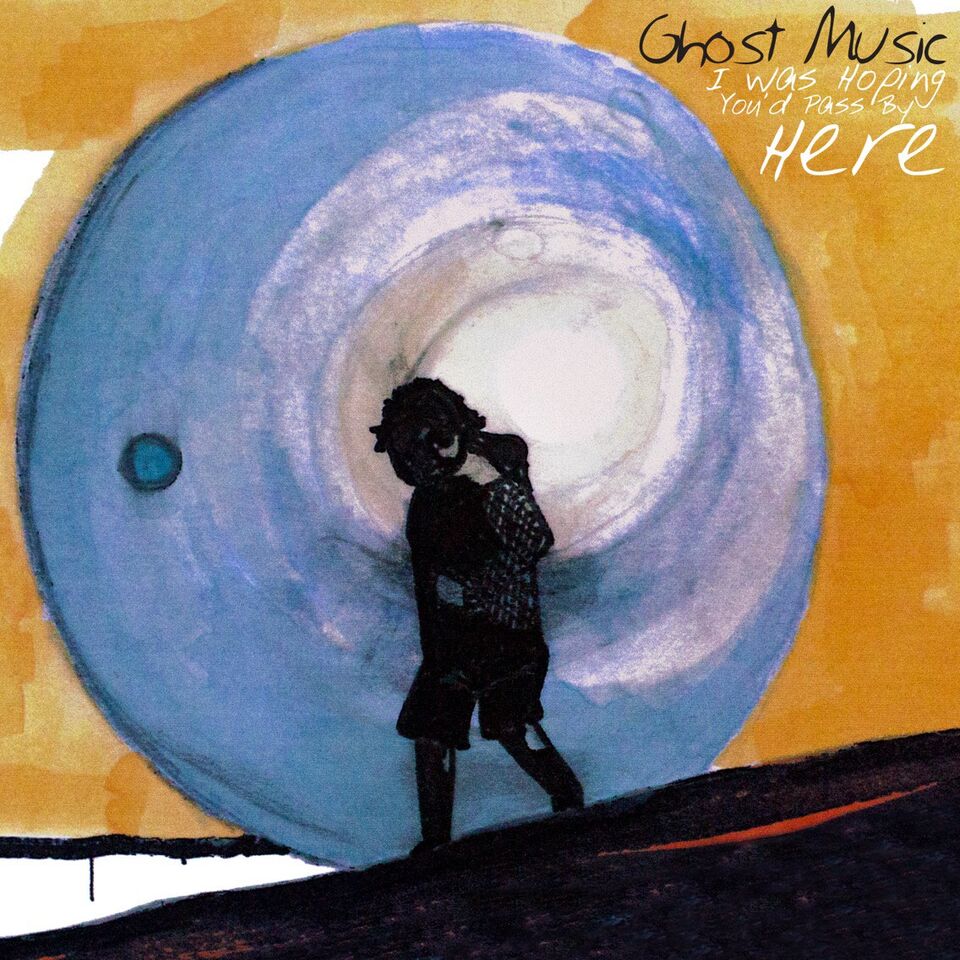 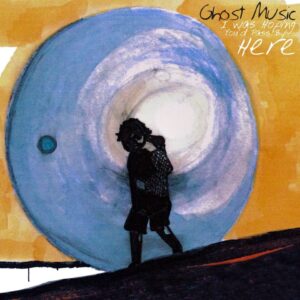 I Was Hoping You’d Pass By Here

Twenty years in the making, the first album by former Beatglider duo Matt Randall and Lee Hall conjures ghosts of Velvets past with woozy guitar-laden lullabies of romantic disappointment. Tim Cooper lies back and thinks of Southend-on-Sea while listening to Ghost Music.

Releasing their debut album after two decades of making music, Ghost Music weave lo-fi lullabies with gliding guitars and understated arrangements to melt the post-millennial heart. If there’s a touchstone to their music, it’s the third Velvets album, with its ever-so-slightly country-tinged twin-guitar-driven melancholia, though the band hail from the Essex seaside town of Southend and their songs are rooted in a wistful English romanticism.

This is a midlife album, its lovelorn lyrics overflowing with the sense of disappointment and regret that can only come from the passing years, matched by a languid Americana-inflected minimalism that’s not afraid to wear its influences – Yo La Tengo, Galaxie 500, Lloyd Cole, The Clean – on a well-worn sleeve.

Ghost Music’s two guitarists, songwriters and alternating singers, Matt Randall and Lee Hall, first came to attention in the Nineties in Peel favourites Beatglider, though Ghost Music bears a closer resemblance to Randall’s more recent trio of albums as Plantman, He exhibits in his vocals and songwriting something of the world-weary wistfulness of The Go-Betweens’ late great Grant McLennan, and reunited with Hall, they form a similarly melody-drenched partnership to the Brisbane duo.

Ghost Music are completed by drummer Leighton Jennings from fellow travellers Dark Globes and ex-Melodie Group bass guitarist Roy Thirlwall. Musically, the songs inhabit a mellow groove of guitars that weave melodies in and out of gentle rhythms: it’s sedate, stately and languorous. The lyrics match the mood: sadness weighs heavily on the songs, drenched in a world-weary melancholia.

Randall explains their songwriting process; “When we were in Beatglider together, and in the past, we’d made a ‘thing’ out of writing long songs with a lot of changes. This time we pared it back a bit and stuck to the melodies more. We really wanted to make a proper guitar record. Lee’s my favourite guitarist and it was lovely to see him stretch out on these songs with his diamond fingers.”

Heart Shaped Holiday sets the theme of rueful romantic disappointment, its twin guitars dovetailing neatly over a spectral melody and a lyric that delves into the deeply personal: “I know you by face I know you by name. Would anything change on a heart shaped holiday, Close at hand, far away?” You feel you know the answer to Randall’s rhetorical question already.

This Kingdom One adds experimental touches to the mellow lo-fi groove, introducing a backward guitar in one speaker before a searing  solo spirals out of the other, while dusty crackles, scratchy guitars and distant twangs and crashes lend a plaintive old-timey feel to My Cloud. The sad, country-tinged Blackbird Stars takes us back to another place where love has faded like a sepia-tinged photograph: “What happened to me holding you in my arms?” asks Hall, marginally the gloomier of the two songwriters, addressing a lover – or perhaps a child that has flown the nest. “What happened to me loving you, Blackbird Stars?” Gurl In A Whurl, by contrast, gallops along in comparison to its neighbours, with countermelodies battling for aural supremacy.

Queen Of England, sung by Thirlwall, turns out not to be about our gracious and noble monarch after all: “When I met the Queen of England, my heart was filled with joy. In the kitchen at a party with her arms around a boy,” begins a reminiscence of love at first sight that soon unravels with the sad refrain, underlined by John Hannon’s mournfully elegaic trumpet: “I used to have this feeling that things would turn out well. But I don’t have that feeling any more.”

The album signs off with Hall assuring us: I’m No Fucking Messenger before intoning tenderly, or ominously: “I hope you last the night with me.” With Ghost Music as the somnolent soundtrack, it’s a journey well worth sharing with him.