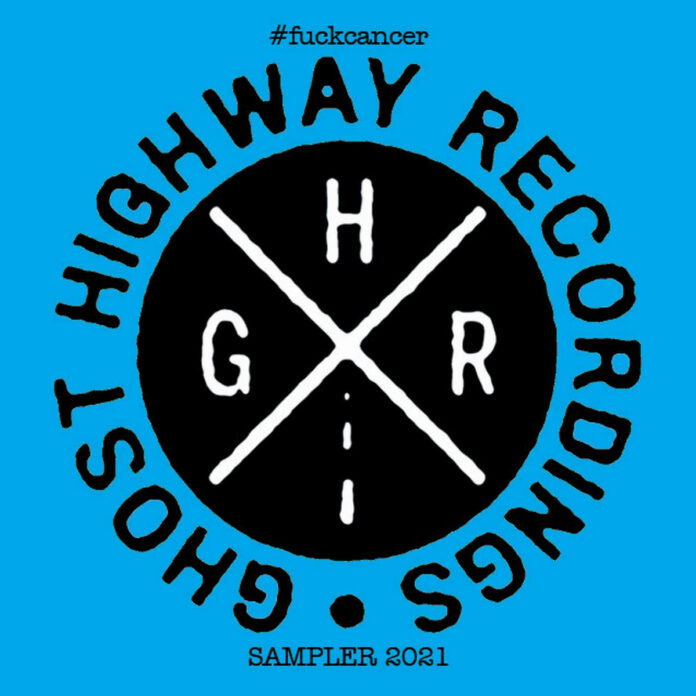 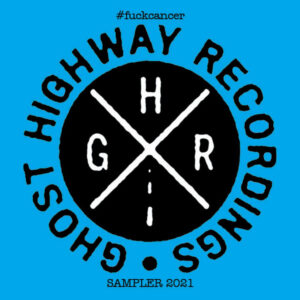 Out now via Bandcamp!

Madrid rock ‘n’ roll label Ghost Highway Recordings bring together a host of great bands for their 2021 sampler, with the aim of raising money for children suffering from cancer in the Santiago de Compostela Hospital.

We were turned on to this great sampler from Ghost Highway Recordings by Wayne Elliott, presenter of the Pulsebeat radio show, and we sure glad he sent it our way. The 31 tracks are not only a fantastic overview of what the label are best at, but, of course, all for charity. And there are some great bands on there that we have already covered.

Of those, the Steven Van Zandt-endorsed Kurt Baker gets two outings. Halfway through the record we get the spunky power punk of his band Bullet Proof Lovers with their track Razor Sharp, and he closes off the album with a cover of one of the country’s best-known punk bands, Siniestro Total’s ska punk groove of Que Corra La Nicotina. Elsewhere, Brad Marino also gets two shots. The first, What Do You Know?, a great powerpop punk teaser from his forthcoming album, and the second a cover of Somebody Like Me from last year’s full cover album of The Ramones’ Subterranean Jungle. It’s also fantastic to hear Johnny Casino’s Only A Fool from his FOLC Records‘ released double LP Keep On Keeping On. It’s long sold out, so this new sampler may be the only way you’re going to get your hands on this driving classic rock ‘n’ roller of a tune.

Just a quick scan of the songs on offer, those we know jumping out, stamped the quality that was on show. And there’s a whole lot more. The Scremin’ Targets’ Prettiest Cop On The Block is a twanging groover, coming close to Joe Jackson territory, while Thee Blind Crows new pounding screamer Cuarto Do Pánico is a riot, bringing back some of what they used to do as part of Gallician new-wave speed rockers Terbutalina, who we covered here in our previous piece on the Spanish underground scene.

While there may naturally be a focus on Spanish bands and acts that have settled in the country, this is definitely an international affair. American country cowpunks Supersuckers offer up Deceptive Expectations and we get a glimpse of Nottingham’s The Hip Priests’ new 7″ with the inclusion of their driving punk ‘n’ roll song, Sounds A Lot Like War. There’s a previously unreleased song from Sweden’s The Nomads (Bombpartyt) which is a great coup for the label and worth the price of the download alone. If you missed last year’s release of the split 7″ from The Drippers and Chuck Norris Experiement from the label at the end of last year, there’s a track from each of them here with Ain’t No Accident and Hand Grenade from that release.

I could go on about every song on this sampler as it’s a wonderful selection of songs by a great Spanish label. Just last year they released a second tribute to Dead Moon and they certainly are one of the labels that have not just their finger on the pulse, but their grasp on the beating heart of the international underground rock ‘n’ roll scene.

Check out the sampler in full below, but do yourself, and the charity, a favour and put your hand in your pocket. 31 great tunes for the price of a London pint.