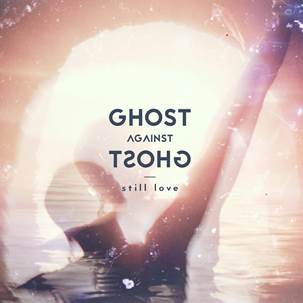 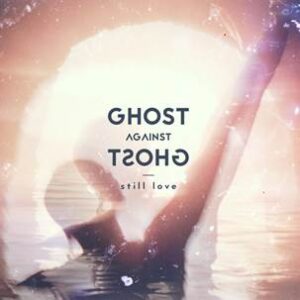 Still Love is the debut album by Woodstock based artist Christopher Bono. The album is grand in scope and huge in sound but does it connect? Simon Tucker reviews:

Christopher Bono (Ghost Against Ghost) is a writer/producer living in Woodstock, NY. Still Love is his debut album and it is one that really does aim to be grandiose and operatic in its soundscapes and atmospherics. Inspired by everyone from NIN to Pink Floyd, Bono has created an album that is unashamed in its display of influences.

You get the feeling that with Still Love is aiming to create a positive album in very negative times. The album is drenched in uplifting melodies and yearning vocals, soaring synth lines and huge production, Still Love certainly contains moments that excite and gives the heart strings a tug. Unfortunately there are also moments on the album which sound trite and far too indebted to the influences that Bono has cited making the album a mixed bag of the sublime and the dull (sometimes in the space of one song).

For example, A Relapse of Remembrance is basically Mogwai’s Mogwai Fear Satan intro (you know, the bit before the guitar comes in) stretched to over three minutes whilst the title track itself manages to sound like an Eighties power ballad one minute and Nickleback the next (the ghost of 90’s post-grunge mainstream “rock” haunts a lot of this album). Sometimes bigger isn’t better…

However, as previously mentioned there are certainly elements here which shows us that Bono does indeed have a future ahead if he becomes more single-minded and not so indebted to his influences. The sudden changes in tempo and instrumentation that occurs on both Resume and The River of the Intimate pt, 1 are exciting and much appreciated. Then there is Your Secret Ocean, an eight+ minute trip into the esoteric that is warm yet unsettling, dreamy then nightmarish. Your Secret Ocean is the highlight of the album and shows us that when displaying an individuality and bravery to step away from his (Bono’s) album collection he really can create music that is thrilling and progressive. Still Love also reveals Bono’s skills at picking collaborators as the inclusion of Thomas Pridgen (Mars Volta, Suicidal Tendencies, Trash Talk) is a masterstroke. Pridgen’s drums light up the album whenever they are allowed to run free and are the key factor in making the album sound fresh and organic instead of sterile and cold.

Still Love is not perfect yet there is plenty here that should force people to keep an eye on what Bono does next. It is a debut album that whilst suffering from a case of too many influences on display still has moments of an individual voice emerging. Many bands/artists have done the same thing on their debut (just go listen to Pablo Honey again) and gone on to great and unique careers. Bono certainly has the touch and ear to be such an artist.

Our Secret Canvas can be found via their website