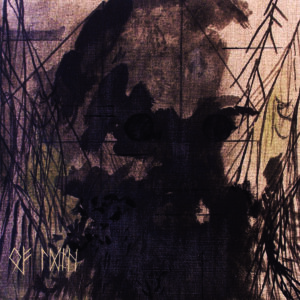 Bass, drums and vocals two-piece Ghold have just finished storming round the country supporting Chicago thrashers Oozing Wound (a review of the Bristol show will be up soon.) Just prior to that though they dropped their second full-length via Ritual Productions, an album that was highly anticipated in many quarters and has so far garnered some pretty good reviews. Joshua Hart, however, isn’t so so sure the album really deserves them and in somewhat scathing fashion he explains why below.

Why do guitar bands think that it’s okay to trade songwriting skill for atmosphere?

Why is shitty production acceptable under the guise that it is “raw” or “kvlt.”

Why is it cool to make tepid allusions to runes, rotting flesh, and sigils  in every metal release?

Why does trend metal exist?

What does meandering, tuneless, vaguely-satanic doom metal have to offer anyone in the year of our lord 2015? Who is this for? (I mean, besides 17- year-olds who bought a bunch of ACxDC merch).

Probably the most offensive thing about Of Ruin is the fact that it starts off relatively strong, tantalizing us with a level of quality that, unfortunately, is never repeated. “Saw The Falling” is the only good track on the album, a folky funeral doom piece that maintains an interesting quiet / loud dynamic.

It’s all downhill from there for the Ghold lads.

“Partaken Incarnate” sounds like Meshuggah slowed down 2.5% in audacity.

“All Eyes Broke” contains one of the worst musical transitions I’ve ever heard in my life. Viking metal into a High On Fire-lite bass line with a dreadful, cloying tone.

“Odic Force” is perhaps the most offensive track on Of Ruin, a horrid exercise in reductive ambience and watery experimentation.

There is nothing redeemable about Of Ruin besides its first track. Download that song, avoid the rest.