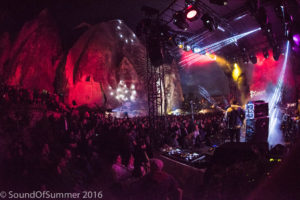 Some months back Louder Than War featured Gevende as a new artist of the day.  Whilst attending Cappadox festival Alan Ewart caught up with the band to find out what makes them tick and to check out an incredible set in an almost unbelievable location.

Like all the stages at Cappadox Perili Ozanlar Vadisi is an incredible location for a live gig.  The stage is down a little track that runs between some of the high sedimentary rock pillars that have had the soft rock excavated to create homes, restaurants and even hotels. As you round the corner into the concert location you find a stage nestled at the foot of an enormous pillar and the arena is a small clearing surrounded by such pillars.  Natural terraces offer places to rise above the crowd to watch the show and the lighting is organised to make the most of the spectacular setting.

Imagine for a moment sitting down to interview a band in a cave that serves as a dressing room and backstage area.  As you look around the cave walls are decorated with paintings of St George slaying the dragon.  Most people are probably not aware that St George is also the patron saint of Cappadocia.  It is a surreal experience and one entirely suited to a gig from band who are innovative, experimental and progressive in their approach to music. 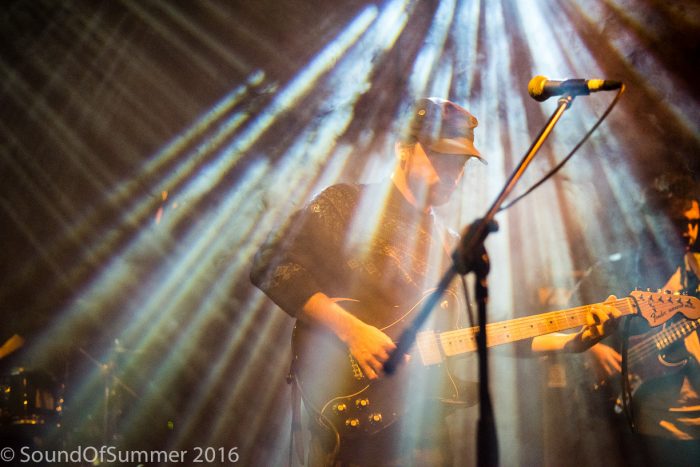 Like many of the Turkish bands I experienced at Cappadox Gevende take their Turkish roots and add “influences from all over the world.  We have worked with French band Balbazar on their sound painting project and have travelled across the world.  The entire band went on an extended road trip to Iran, Pakistan, India and Nepal and a lot of those influences have found their way into our music.”

“As individuals we are grounded in rock, folk, jazz, classical, Anatolian music and even electronic dance music.  All of those influences combine to create a unique sound.”

All of those influences are clear as the band belt out their high energy set.  The soundscape constantly changes as different members of the band take the lead.  You can feel the jazz roots as the horns take the lead but it is quickly replaced by prog rock as the guitar takes over.  As the mood and pace changes swirl around the natural amphitheatre you are kept on edge trying to anticipate what comes next. 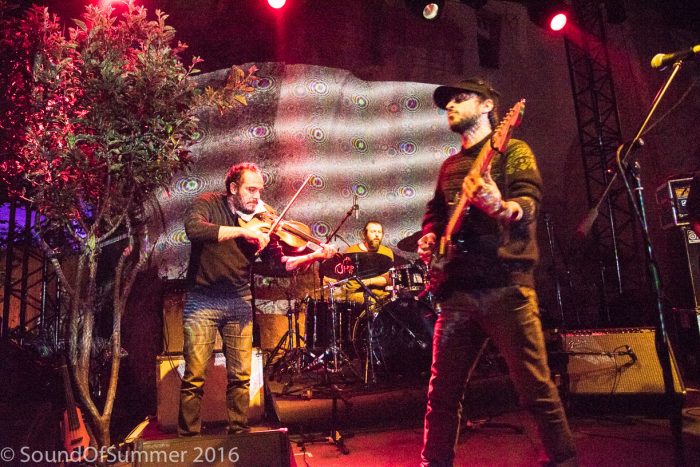 Gevende told me that “we don’t prepare a setlist.  Instead we just agree who will take the lead on each piece of music so our setlist is just a list of names.  We have played together for a long time so understand each other really well.  Each song has a story and so long as the story is recounted it doesn’t matter how we get there.  So long as we don’t forget the story anything goes.”

The communication on stage seems to be instinctual.  The switch of control is barely discernible as it moves around the band.  This is improvisational rock taken a long way towards its natural conclusion, it is seamless organic and allows the band to fully express their art in the way that seems most appropriate at that exact moment in time.  There is simply no way for the listener to know what is coming next.  Of course Gevende’s fans know the story and how it will unfold, but they rarely know the route the band will take to arrive at their final destination.  You know what, the route doesn’t matter and the destination is less important than the journey.

Gevende are fresh, exciting, thrilling even.  Their performance is nothing less than spellbinding.  The band tell me that they have payed together for so long that they can tell where a band member wants to take a song almost by their sense of smell.  They don’t have to discuss it, they just know.  It is that element that keeps their sound fresh and challenges the band to produce the remarkable.

Put simply to enjoy Gevende you have to live in the moment, accept if for what it is and allow the music to take you on a, never less than thrilling, journey.