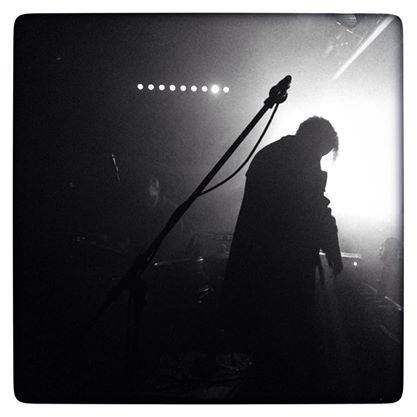 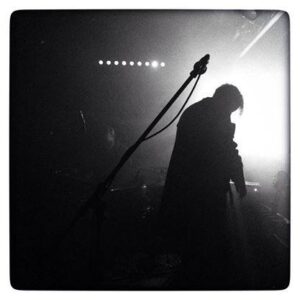 With their dark heart blues and stoner grooves, Get Your Gun are a perfect way to slip into the endless night.

The Danish band create a stunning, brooding atmosphere with their music that paints the same kind of erotically charged black heart landscapes of a Nick Cave or the godlike Gun Club.

This is a modern European blues, a mood laced dark sky music that is enthralling and pulls you in with it’s loping stoner grooves and then builds a stormy electric atmosphere with a Nordic melancholy and the ancient twisted folk tales of that most brooding of European land masses.

The band incessant riffing is aided by a Dirty Three style poetic splatch of droning violin that swoops across the songs like a flock of carrion crows as the songs ebb and flow with an intensity and enthralling disgust.

The singer is a charismatic fellow – a bearded poet of the apocalypse, dressed in black with a too hot dark mac hanging from his Viking frame. He hangs from his mic like a scarecrow in a wind tunnel with his guitar building the endless grooves as the band lock in around him- he is one of the brothers Andras and Simon Westmark who with Søren Nørgaard concocted the band’s 2014 debut, The Worrying Kind, a brilliant record of ancient darkness and future noise.

The voice is the kind of crooning, acid trip, lounge lizard, laconic yet atmospheric choirboy from hell thing that Queens of the Stone Age do so well and there is something of the Queens about the band’s music but they twist it with something else that is pure Scandinavia and that kind of melancholia that is so damn attractive but allied to a pounding hypnotic and imaginative rock groove that is so close to damn perfection that it hurts.

This was a stunning, heartfelt and passionate performance of perfect 21st century rock music and further proof that the form is love and kicking in the right hands.