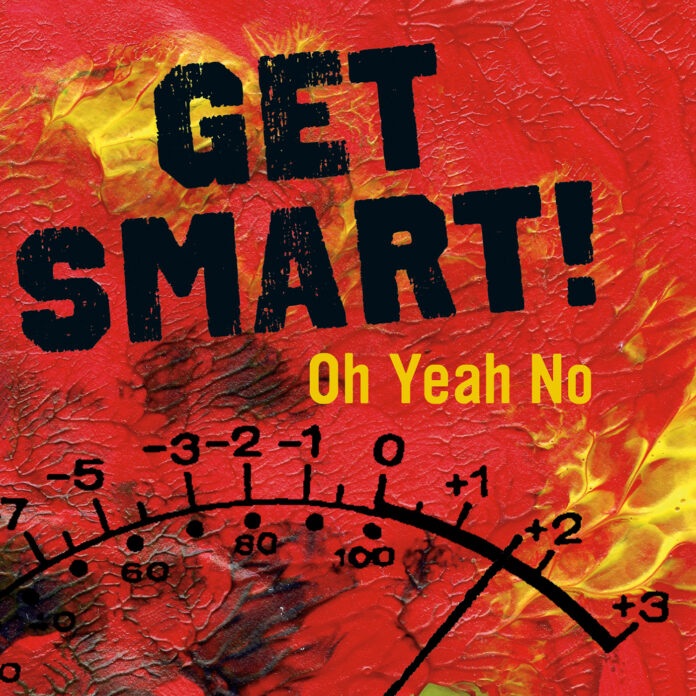 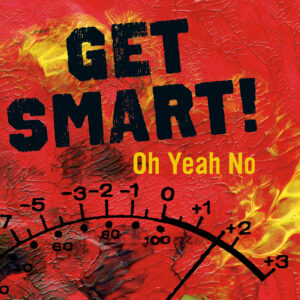 When I ask the members of Get Smart! about getting the old recordings back and finally releasing them this year, Marcus Koch, the guitarist corrects me: “It never got lost. It was just shelved” – shifting from their previous Swimming With Sharks, Get Smart! got rid of new-wave mentality. And created a mixture of garage rock with Stooges feel played on Andy Gill’s guitar amp titled Oh Yeah No.

A bit funky and experimental. Six songs recorded with Iain Burgess back in the days became the link that tied past and present. Franklin Loose, the drummer, honestly founds it quite funny: “None of our older catalog was available to stream until we reformed in 2020. It’s nice to have those songs out and people all over the world can hear them. There have been times when songs from Words Move, such as This is Style and Eat, Sleep A Go-Go have been the most popularly streamed songs”. – Frank sums up all the above mentioned saying: “40 years after their release they are finding a whole new audience.” The reason behind it is obviously. They’re not simply reunited. But also, reconnected with the each other, their surroundings, previous records, photos, memories and old friends. 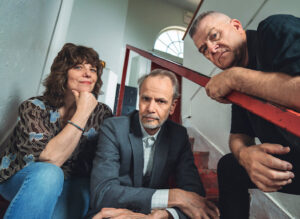 Talking to a band 40 years since its formation is certainly something satisfying. But our conversation doesn’t get limited only within old achievements. Looking back, at the beginnings of what Get Smart! has become 40 years ago, Marcus admits: “The band was formed in 1980 and we had two main goals – play live anywhere and as much as possible and put out a record. We were fortunate to have, in less than ten years, played hundreds of shows all across the U.S. and to have released several records and generated the attention that we have received.”

“We operated on barely a shoestring” – comments Lisa Crowe, the bass-player of Get Smart! “Like most indie bands at the time. But it didn’t stop us, because the absolute rush of performing live was the elixir for all the hardships.”

Formed in Kansas, the trio has already achieved a certain success playing everywhere. And as much as possible. Koch notices that the scene in the city of Lawrence was quite “vibrant”: “It was the perfect place to launch the band. A great outlet for our creativity. KJHK, the college radio station, was an exceptional catalyst in establishing Lawrence as a hotbed for numerous local bands and a destination for many traveling ones. As we developed, we forged our vision for the band. We were compelled to tour and play in the many other “scenes” throughout the country and assisted other bands with making contacts in Lawrence and elsewhere.” 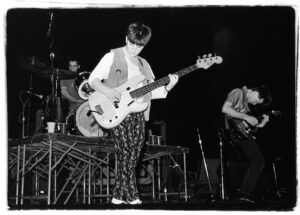 Looking back at that period of time in the history of Get Smart! it’s difficult to say, what would have happened with the band that made musical connections with every community they faced with ? In this context, their moving to Chicago sounds quite logical. Although, Marcus stresses that the main reason was the need for professional employment made the band to move to “a large market and we chose Chicago”. “Being vastly bigger, we found a variety of “scenes” there and multiple options for bands and gig goers and although that “scene” was somewhat competitive, we found support and opportunities there while utilizing it as a hub for our consistent touring.”

According to Frank, the difference was pretty significant: “First of all, because there was already a scene happening there. But we met others who also wanted to be part of the scene like Eleventh Dream Day. It was also bigger, so a lot more was happening around the city at any given time. Eventually we met recording engineer Iain Burgess and he was key to helping us meet other bands.”

The movement was right. The shift from pop-oriented sensibility and the furiousness of bands’ live shows enhanced the balance of elements on the recordings that became Oh Yeah No. According to Marcus, Get Smart! had spent quite a while mastering the songs in between extensive touring and writing part. Up to the point when the result was ready to be captured in the studio.

“Working again with Iain Burgess again was a natural decision as he had done an expert job with final mixes of the Action Reaction album, engineered and co-produced the Swimming with Sharks and had been occasionally running sound for us live.” – explains Marcus Koch: “I will always appreciate that he challenged us to “perform” our best for our recordings and was very skilled at helping us solidify our sound.”

Burgess not only solidified the general sounding of Get Smart! but provided a slightly harmonic change to a new sound. Within such emotional and lyrical songs as Under The Rug or Paradise. The balance of elements is pretty phenomenal. Get Smart! doesn’t concentrate on the guitar experiments only. The band keep on exploring new palettes of sounds. Everything from psychedelic guitar flows to bluesy distorted patterns, while the remastering work by Steve Albini only solidified tracks like Painted Floor. A perfect evidence of self-searching Get Smart! had passed through at that point.

Oh Yeah No is out now via Capitol Punishment.