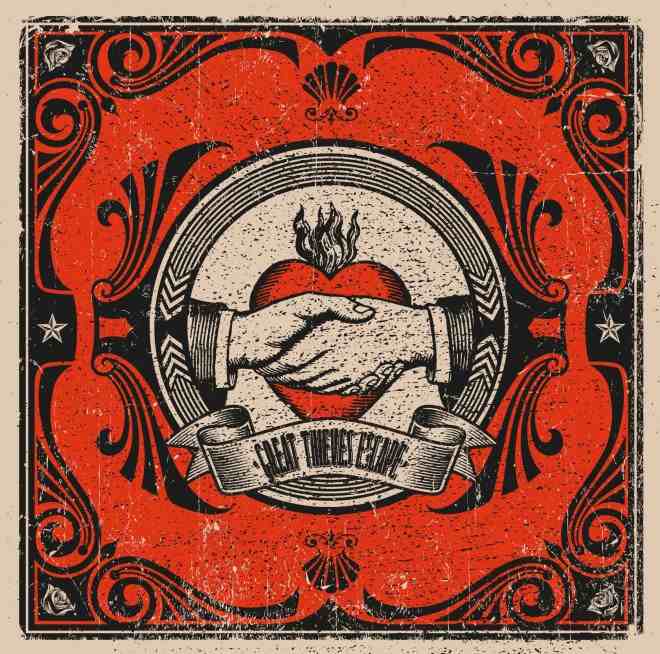 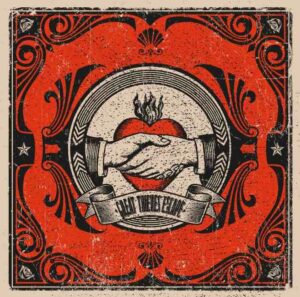 Get Dead, The Uprising, Toy Guitar and Lost in Society have come together to bring us this limited 4 way, 7 inch split EP. Louder Than War’s Sean Valentine reviews.

Track one comes from Fat Wreck’s Get Dead. Entitled “Coma State”, their offering starts with an awesome bass line and the classic tried and tested “woah-oh” in the chorus is simple and effective. Raw punk rock at it’s finest. The drum bridge / “middle eight” in proper speak section really makes the difference here and adds depth to the song. There is a bit of everything that works here. It even ends with a swear word. Well executed.

Next up, The Uprising chime in with “Horizon”. I almost said a more tame offering on the second track but that would be a blatant lie. The intro reminds me of old school Against Me! or as close to a band in that vein as my mind will conjure up right now.

The band that I have come across the most from the four contributors is Toy Guitar – again on Fat Wreck, featuring Jack Dalrymple of One Man Army, Swinging Utters and Dead to Me, not to take anything away from the other contributors of course, meaning good things were to be expected from the off, and I am pleased to report they were delivered.

Their offering in the form of “Wake The Dead” changes the vibe completely with a rockabilly / surf sounding sway-along chilled out tune which to me does sound a little out of place, but maybe that was the intention. Never the less, still a good song.

Finally, Lost in Society come along and turn things RIGHT back up with “Second Chances”.
For a band that have been going ten years it may seem strange to find them on a four way split to some, but right now this makes sense. This song reminds me of early Strung Out initially, with the vocal harmonies in the chorus and the rhythm section, especially the subtle bass lines in the chorus. The guitar solo is perfectly placed, not too predictable but somewhat expected because it just makes sense, leading into a drop in dynamics for the final section before the last chorus.

For me this is the stand out track of the split. Not that is it the “best song” on there, but it stands out in it’s own right away from the rest. Perhaps it would have been better placed on side A, but still.

Over all, a good split EP, a few drops in the dynamics and over all punch, because for me I would say that an EP, especially a split should be balls out and making you have to consciously think about which band to read up on first. Never the less, all bands I have heard of, come across but only two of which I had actually listened to (I know, shocking right?) before reviewing this split, but the perks of this are that you always find a new band to like, listen to more of and follow.