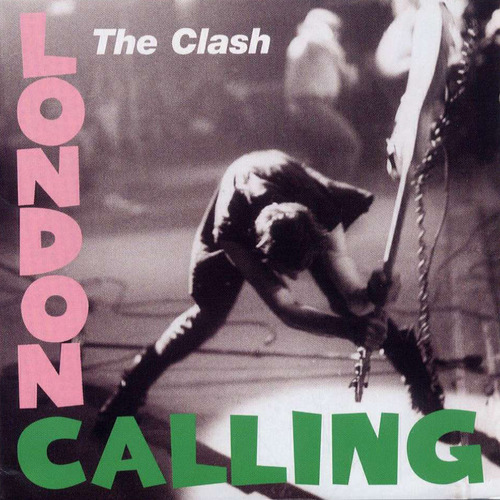 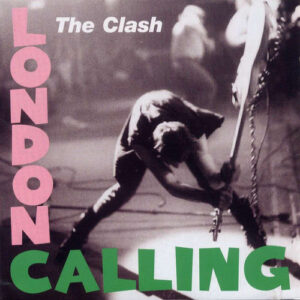 Randal Doane, author of the book Stealing All Transmissions: A Secret History of the Clash (our review) gives us his Top 10 (Anti-) work Songs by Punks and Post-Punks.

What if punk scribe Mark Perry was right? What if “punk died the day The Clash signed to CBS”? It was a gesture of punk brashness, of course, for Perry to proclaim DOA the DIY spirit of punk in 1977. Perry wanted the protagonists of punk to reject corporate sponsorship, to thrive via the growing independent labels popping up around the UK and, perhaps, to ensure the survival of his Sniffin’ Glue, the Xeroxed standard bearer of DIY fanzines.

Be it the Bowery in ’75, or London in ’76, three forces loomed large in the punk imagination: boredom, toil, and their offspring; the DIY spirit. Punk bristled with the energy of anger and hilarity, an energy not readily converted into the work of musical virtuosity—hence, no Beatles, no Rolling Stones, nor Eric Clapton, for fek’s sake, in 1977. In its initial fervor, punk would be neither slave to wage labor nor slave to love. Joe Strummer and Mick Jones—and notably John Lydon, The Damned’s Brian James, The Slits, and Gang of Four – embraced Bernie Rhodes’ edict: “don’t write about love, write about what’s affecting you, what’s important.”

Along with the punk virtue of anti-virtuosity, of starting a band and then learning to play, this spirit led droves of youth to recognize that the so-called man behind the curtain was merely human, and that the work entailed in the production of popular music was not so exclusive. “The best thing that came out of punk was the demystification of the whole process of making records,” according to John Peel, patron saint of pirate radio. With a few drums, a few wires, three chords, and a voice, everyman – and everywoman – could start a (post-) punk band. The results? Some of the best songs about work in the history of not-quite-popular music.

In no particular order, here are eleven of my favorite tunes on the day job that embody the impudence of ’77.

Within the confines of Costello’s “emotional fascism” (the working title of the Armed Forces LP), “Goon Squad” best captures the paranoia of punching the clock, with all eyes watching, where a command equals a sentence. Ouch.

Rarely, if ever, has a cover tune taken on infinitely more resonance than the original. (Dylan devotees may chafe at Terry Hall’s vocal treatment, but even Dylanologist Greil Marcus regards Bob’s treatment of “Maggie” as flawed by boredom.) With a broad swath of England bristling under Thatcher’s bridle, The Specials served up a fine tonic of parody for the pogoing crowd. (Runner-up for work-focused covers: Devo’s “Working in a Coalmine.”)

As Marx noted, the history of work is the struggle over the extraction of surplus value. King Missile offers a brilliant update of Johnny Cash’s “One Piece at a Time” for the down-and-out, khakis-by-day, flannel-by-night crowd. Classic line: “Rubber bands, paper clips, memo pads, folders / take ‘em from work. / It’s the best way to feel better about your low pay / and appalling working conditions.”

The English Beat – Get a Job

The Beat: making the Thatcher years danceable. With “Get a Job,” Wakeling snaps off one of the finest lines of pop, imagining how the old make sense of the new: “‘Oh, you young people / are revolting.’” Some of them were, inspired by some of the tracks noted here.

If work provides no hold on your moral compass, what’s “the youth” to do? Either “Spend Spend Spend,” or go “Shoplifting,” the finer of these two tunes by The Slits.

Enough said. “Check In,” from the more recent and excellent Hotel Valentine, gets an honorable mention.

When CBGB gigs galore didn’t allow Dee Dee to pay the bills (read: his dealer), he took the 6 uptown for his swing shift, where the labor was piecemeal, so to speak.

Have 35 words (or so), configured in relatively short phrases, ever evoked such tangible dread? Minimalist post-punk songcraft by XTC at their finest.

Hamell on Trial – Gotta Go ‘Round

Don’t know Hamell on Trial? Think The Clash meets George Carlin on acoustic guitar—and the brashest use of a 1937 Gibson you’ve ever heard. His political standpoint? He’s a scatological communitarian, a la Louis CK, Sarah Silverman, and Chris Rock, who share taboo tales in a way that push the limits of the liberal sensibilities of their audience. I could have easily picked the down tempo “Ask the Angels” (best song ever about life at a pizza joint), but “Around” gets my nod. I don’t know if there’s a track buried so deep on an album—track 15 of 16 from Tough Love (2003)—that has brought me so much joy. With lines like this—“I walk 47 miles of guitar cord / I use a Marshall stack for a necktie”—it’ll be the best $1 (or more) you’ll spend at bandcamp.com this year.

“Career Opportunities” may be the obvious choice from the oeuvre of The Clash, and a creative choice might be “Police and Thieves” (policing and thieving as homologous occupations), but I favor here the 100+ seconds of “Kola.” The tune bristles with urgency and paranoia, and continued The Clash’s hopped-up homage to rock steady. Beyond the sonics and sentiment, too, it recalls the “corridors of power” in which I worked (a la Mark Perry) as a lowly clerk. Upon the arrival of the lift, the dulcet tones of a recorded voice would indicate “elevator going up”: each and every time, if only under my breath, I would break into song: “In the gleaming corridors/of the 51st floor …” (And honorable mention to Big Audio Dynamite’s “Sony,” if only because shortly after its release, Sony took control of the recordings of BAD and The Clash.)

The Clash, though, were merely poseurs in their anti-work ethic. As Joe Strummer noted, “For some reason, we weren’t night-clubbing people. All I can remember is writing and rehearsing and recording. A real intensity of effort.”

How nice of the lads, not to be nightclubbing people, so we could be. Cheers!

Randal Doane is the author of the award-winning Stealing All Transmissions: A Secret History of The Clash (foreword by Barry “the Baker” Auguste, backline roadie for The Clash—PM Press). You can follow him on twitter @stealingclash, read episodic musings at his website stealing all transmissions, and most importantly, buy his book—which is available in North America, the UK, and around the world. Your support makes these words possible.

All words by Randal Doane. More writing by Randall on Louder Than War can be found at his author’s archive.