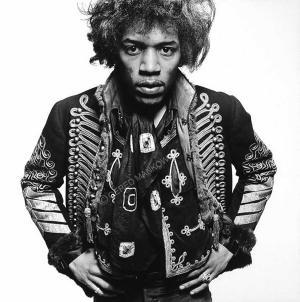 Gered Mankowitz is one of the greatest ever rock n roll photographers. In a career that started in the early sixties his iconic shots of the likes of the Rolling Stones and Jimi Hendrix either defend the band or the era. In the seventies some of his shots in the punk period are still perfect like the Generation X album cover and his photo of the young Kate Bush captures her perfection. Still active now he has not lost his touch and his recent career book. 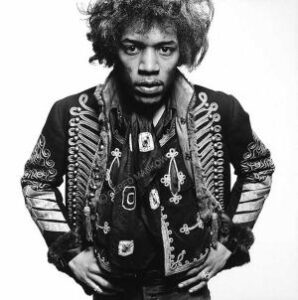 LTW : The perfect shot of Hendrix that sums up his exotic and flamboyant brilliance. Surely one of the great tricks in a rock n roll shot is to somehow capture the music in the image. You can hear Hendrix when you look at this shot and you can feel his stunning impact on the British music scene decades later just by looking at this image. The art of  great shot is not just the technique which is perfect here but also in getting he subject relaxed and to project their magic which Gered got from Hendrix. Ironically at the time the photo session, being in black and white, remained unused by the management and it wasn’t until the nineties that this image came to the fore and is now looked upon as being the classic image of the guitar genius.