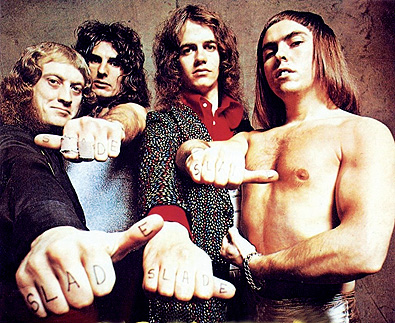 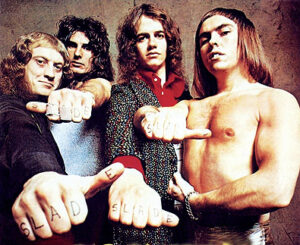 Gered : A truly great British band – I shot with them more than 40 times!

LTW : used for the front cover of the bands 1972 number one Slayed album this is a classic shot of UK yob rock cool.

Slade were one of the great british bands of the pre punk seventies. Their working class anthems dominated the UK singles chart and their down to earth bonhomie and earthiness was caught here by Gered who also managed to make the band that didn’t really care about such things look cool in the shot.