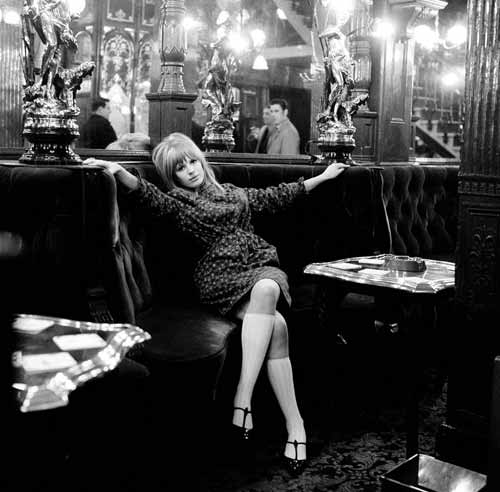 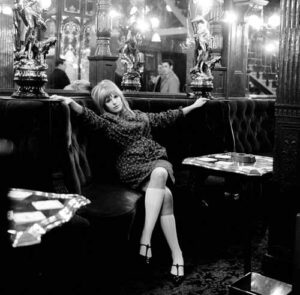 Gered : ‘Sexy but untouchable – the epitome of mid-60s style…’

LTW : The epitome of swinging sixties girl about town Marianne was launching her own musical career.

The photo was taken in the pub in London’s St. Martins Lane for her upcoming album cover. Gered said of the photo shoot “I had known Marianne for a few months having met her when she was promoting her first single “As Tears Go By” around June of 1964, and had immediately fallen under her spell. She was gorgeous, bright & funny and I started photographing her the next day! After a few months of taking photographs and hanging out I suggested that we shoot a session in the Salisbury with my eye on producing an image for an album cover. The pub landlord was accommodating and we spent a couple of hours taking various different portraits. This shot was one of my favorites – the composition, those socks – it just looked gorgeous, but Decca Records rejected it on the grounds that the men reflected in the mirror behind Marianne were distracting and were looking at her in a lecherous manner!” 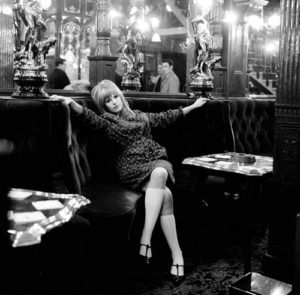