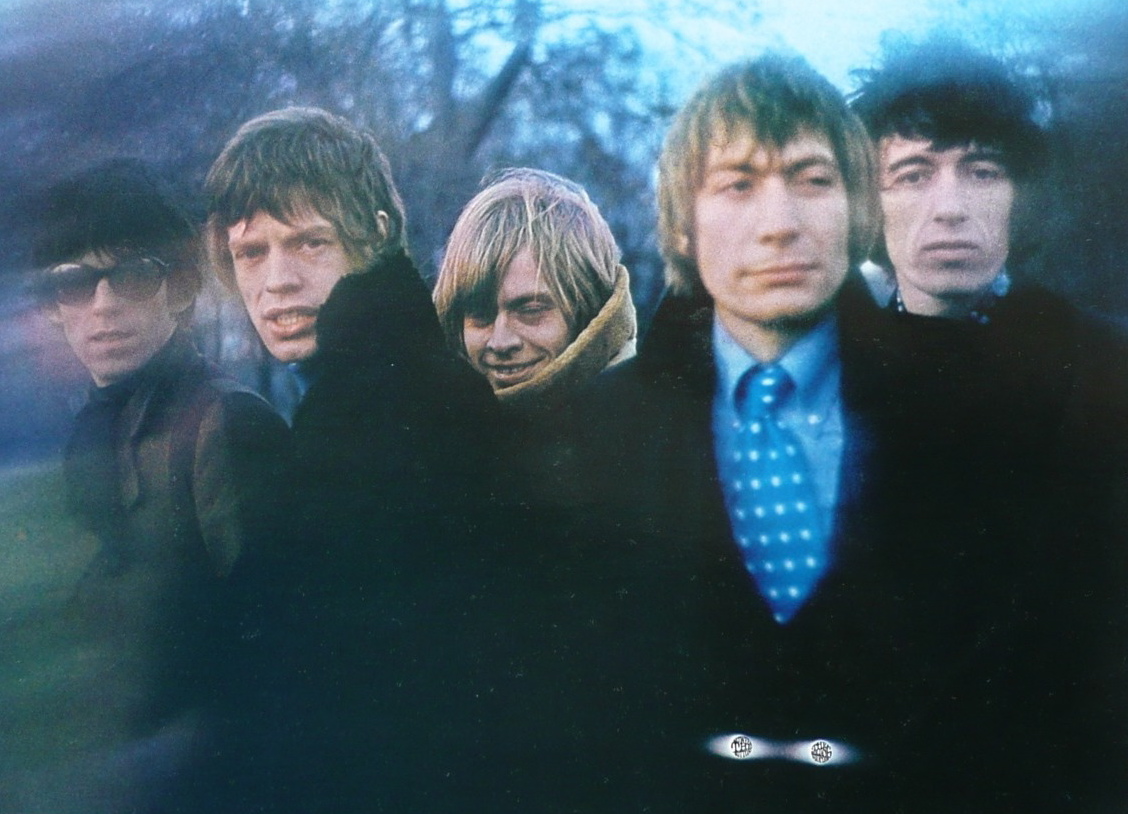 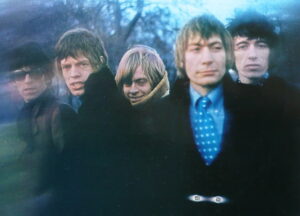 3. Rolling Stones – Between The Buttons session:

Gered : ‘The peak of my period with the band…’

LTW : Another classic Rolling Stones shot which Gered shot on Primrose Hill in November 1966. The band look suitably knackered having been dragged there at 5.30 in the morning after an all night recording session at Olympic Studios. The photo shows the band defying time, defying the 9 to 5 and escaping all the normal conventions. The Stones always had a haggard quality about them and the murky early morning autumn mist was exaggerated by Gererd Using a home-made camera filter constructed of black card, glass and vaseline,  “to capture the ethereal, druggy feel of the time; that feeling at the end of the night when dawn was breaking and they’d been up all night making music, stoned.” Brian Jones particularily knackered appearance worried many fans at the time but his disheveled look and deliberate fucking up the shot only added to his doomed romantic myth in this classic shot of sixties bring the candle at both ends rock n roll.

November 28, 2020 0
A long time mainstay of the Manchester music scene Dougie James has died at the age of 72. Dougie was known to many in the post punk period as being part of the gig promotion team with the late Alan Wise. He had his own musical history as the lead singer of the 1970s band Dougie James and the Soul Train.
Read more