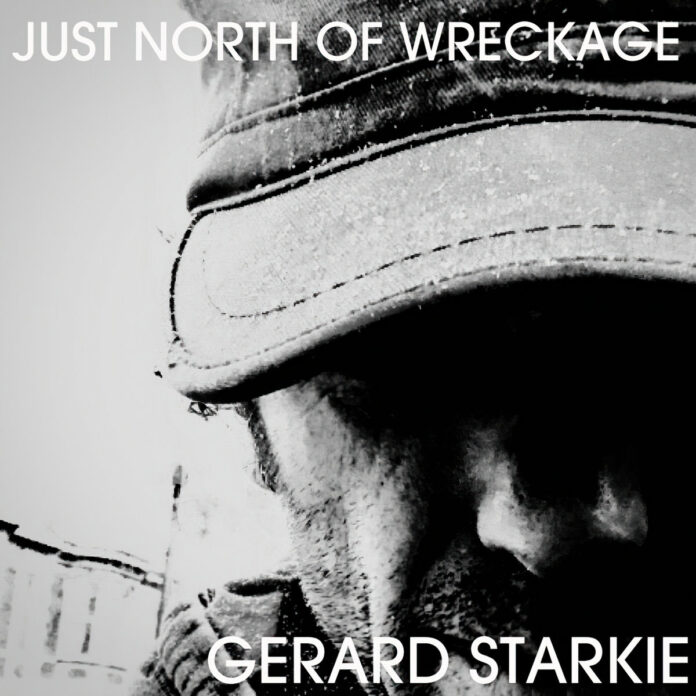 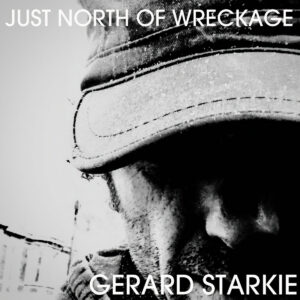 Formerly lead singer with Witness, 1990’s contenders from Wigan, a kind of The Verve meets the Waterboys, Starkie is a low-profile cult hero making crafted country-rock that deserves a wider audience.  If he was American he’d be being raved about says Ged Babey.

Stay away, stay away from me. I won’t tell you again…

It has a timeless, classic feel to it.  It’s a bit of a campfire slow burn to begin reaching a lighters-aloft epic vibe by the end. Starkie has a great voice as well, soulful but somehow conversational.

With it’s ‘symbols and warnings, secrets and spells’ it does have patchouli-soaked vibe but once you’ve fallen for its charms it’s a song you want on a loop when you hit that drag-me-out-of-this wallowing self-pity mood.

I had missed out completely on the band Starkie fronted, Witness (1997-2004)  as they happened around the time my son was born and was my focus, so I was going to a lot less gigs.

Witness signed to Island Records released two albums; Before The Calm (1999) and Under A Sun (2001). They both received the most extraordinary critical applause, some of which was especially reserved for Starkie’s own performances.

I was pleased to discover a local mate (Hi Bobby) was such a fan he travelled from our home town, Southampton to theirs (Wigan) to see them. They were a band that inspired devotion from the few and were, in retrospect, just as good, if not better than contemporaries (bands like Coldplay, Doves, Snow Patrol and Elbow) and who missed out of the big time partially due to the emergence of a new more fashionable breed (the Strokes, White Stripes).

Fast Forward 20 years and Starkie lives in Bristol with his partner, also a musician, from Blue Aeroplanes (who he also played with for a while) one Hazel Winter. They have a band together called the Jesus Bolt, but this is his second solo album – with a bit of help from local muso friends.

It’s not the kind of music I generally favour, but it has gradually got its hooks in me. I see it as a kind of chill-out music with trad-rock stylings, but it has an emotional pull which takes hold after repeated listening.

If I had to guess Starkies ‘Top Ten Most Influential Albums’ I imagine it would include LPs by the Beatles, Bob Dylan, Springsteen, Crosby, Stills & Nash, Neil Young, Fleetwood Mac as well as the Stone Roses, the Verve, the Smiths and the Waterboys….  I asked him.

I’ve never had any interest in Springsteen and was always underwhelmed by Crosby Stills and Nash. You’re right in the ballpark with the rest. The Cure, R.E.M and Nick Drake all had a big impact on me as well and if you go back far enough Kings Of The Wild Frontier was probably the first album I was obsessed with.

There’s no sign of any lasting Ants influence on this eight song opus. It’s one of those albums which is a out-of-step, out-of-vogue, ‘proper’ musicianly and songwritery and would be a big-seller if it got on ‘the radio’.

With muted brass, violins adding to the part county, kinda folky, vaguely Celtic guitar centred songs, this is not rock’n’roll or Americana, so hard to pin-down. This is it’s strength in all but ‘marketing’ terms.

Rituals And Spells is an upbeat rocker with a touch of brass before the epic, downbeat Old Memo (scratched in the dirt to myself).

There Or Thereabouts is beautifully reminiscent of REM in their prime.

My Seance has some well-placed muted Mariachi trumpet. Poetic lyricism the meaning of which is mysteriously unclear.  My actions are not a performance… stay out of my seance.

Random Allergies is the other killer song.  Great bass-playing, some kick-ass guitar and a backing vocal hook which makes the song soar from Elly McCabe.  A ‘random’ connection with Blue Aeroplanes crops up in the words: Take one from the middle / put it back anywhere / be sure not to let me see / with a bit of illusion, gonna make your like me.   Which seems to be an echo of Jacket Hangs opening line: Pick a card, any card. Wrong. Or could just be a cosmic coincidence…

A Raft Out Of Wreckage is the only track which doesn’t fully hit the mark – it’s good but treads water.

One Note is laid-back and melancholy with a hint of The Verve Urban Hymns period and some guitar playing John Perry would raise an eyebrow to if he heard it.

Closing number, Heavy Crates has a touch of Manics about it before turning into a full hoe-down guitar wig-out that cuts out suddenly.

Just North of Wreckage is a strong, cohesive collection of songs but rather than solo-acoustic renditions they really did need the electric backing of the full ensemble to elevate it and make it the quietly brilliant album it is.

Engineered and mixed by Mat Sampson at Bink Bonk, Bristol

Starkie was ‘the eighth best singer/songwriter in the UK’ according to the Times at some point in the Nineties – I know this because it crops up in one of Hazel Winters recent poems.  I would say that despite a ‘low-media-profile’ – he has successfully hung on to the title.

And Just North of Wreckage is a very cool album indeed.

Regular readers off my work will know that this is perhaps not a completely unbiased review.  When I went to Bristol to see the Blue Orchids, Mellotronics and AlterModerms I brazenly asked online if anyone going had a spare bed for the night, and Starkie and Winter put me up for the night. It was great to meet them after years chatting online.

So, did the fact that Gerard is the loveliest of blokes influence my review?  Well, yes, but only in that I gave the album more and more listens over an extended period… gave it more of an opportunity to seep into my consciousness by osmosis.

It is great when talented people turn out to be sound and really nice – unlike all the successful artists who turn out to be nasty, abusive and manipulative bastards and egomaniac nutters.