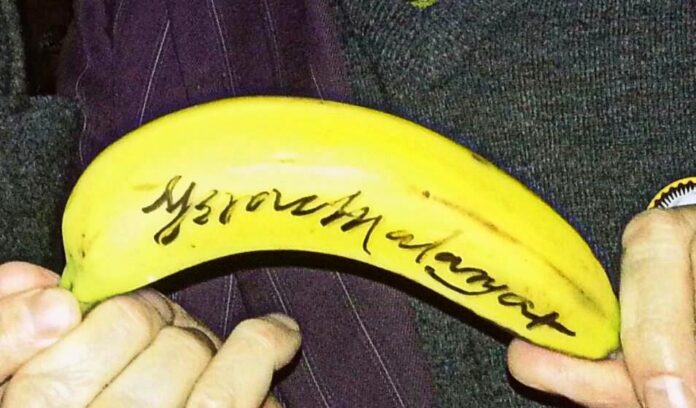 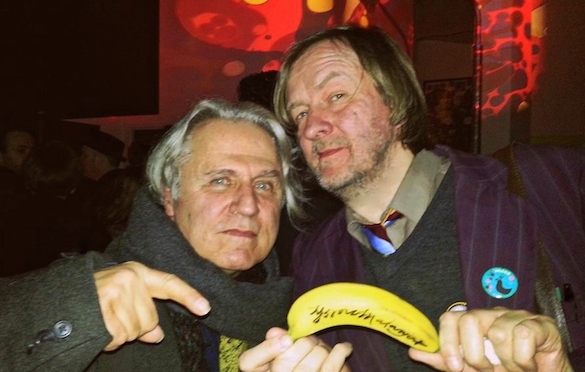 Gerard Joseph Malanga is an American poet, photographer, filmmaker, curator and archivist most famous, perhaps, for his work with Andy Warhol during the artist’s most creative period in the mid-Sixties. He was recently in Glasgow as the “official poet” of that city’s International Festival and while there he visited The Poetry Club to exhibit some of his photographic work, show a short documentary and to recite some poetry. For Louder Than War, BMX Bandit and long time fan of Gerard Malanga’s work, Duglas T. Stewart, describes how the evening unfolded.

For a generation of Glasgow based artists, musicians and pop people who grew out of the city in the 1980s, discovering the world of Andy Warhol, The Velvet Underground and associates was a common seminal and taste setting experience. From Orange Juice to The Pastels, from The Jesus and Mary Chain to Primal Scream, and for so many more: that art and that music were so important. The people involved almost had mythical stature. These heroes of ours weren’t squeaky clean or holier-than-thou, they had a quality of seeming like deviant outsiders and that made them all the more alluring to us.

No one was closer to Warhol and his work throughout the 1960s than Gerard Malanga. Malanga worked with Warhol on many of the most famous screen printed artworks of that era. He was one of the first Factory superstars, starring in many of Warhol’s early films. He was one of the founding editors of Interview magazine. He introduced Warhol to Lou Reed and The Velvet Underground, later choreographing their music for Warhol’s Exploding Plastic Inevitable. The iconic images of Malanga dancing with Edie Sedgwick, with whip in hand, were style cornerstones for us. Malanga was a pin-up for those of us obsessed by that world. He had the dreamiest blue eyes, a strong and noble chin, wild wavy hair and full lips. He appeared effortlessly cool. Like Edie he had an androgynous quality to his beauty. He moved so wonderfully and sensually that whether you were a boy or a girl you couldn’t help feeling stirrings in your heart and lower parts when looking at him. In 1970, Malanga stepped out of the shadows of Warhol to pursue his own work as a photographer, archivist and poet. He has photographed many greats of art, literature and music. He has been recognised as someone who has long dazzled and propelled the New York avant-garde. 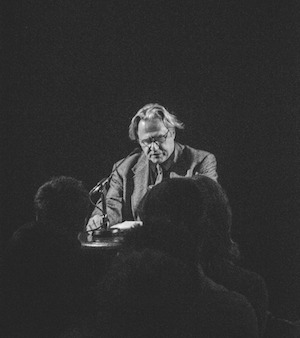 For many of us, when we were teenagers or in our twenties the idea that one day we might see Malanga in our city would’ve seemed like an impossible dream. One of those original dreamers was acclaimed Glasgow based artist Jim Lambie. Jim found himself in the position that he could open his own small venue The Poetry Club and has put on dream events, assisted by one of the key guys in the Glasgow scene Jason McPhail. Together they decided it was time for Gerard Malanga to visit Glasgow, as the official poet of the Glasgow International Festival and exhibit a small but key selection of his photographic work.

The evening started off for me by buying a banana in a corner store not far from the venue. I like to have a snack on stand by just in case. It wasn’t a particularly thought out choice, but usually I would have went for crisps or a chocolate bar. Then to the gallery space to view photographs by Malanga of three giants of the American avant-garde; John Cage, William Burroughs and most strikingly Allen Ginsberg, who Malanga once shared an apartment with. The portraits are warm and human, of their time yet timeless. It’s fitting that in the small gallery space there is also work by former Jesus and Mary Chain bass player and filmmaker Douglas Hart. Hart’s work ‘Passed X’ is a bold celebration of the certificates and accompanying colour coding given to cinema releases in the past. It’s nostalgic but not cosy. It recalls the excitement of being bathed in colour, especially in yellow for the innocent ‘U’ and in red for the tantalising ‘X’, as front cards revealed just what kind of film we were about to see back in the 1970s. Also in the room is a photographic portrait of The Poetry Club itself by Ryan McGill that is reminiscent of Edward Hopper’s Night Hawks, and again a fitting and wonderful mirror in frame by Baldwin Ringsted, cut to denote the music for Lou Reed’s Sweet Jane.

After the viewing those gathered filed into the club. Among the ranks I can spot many faces that I met for the first time in the mid 1980s at SPLASH ONE, the most seminal club and meeting ground for those that dared to be different in Glasgow at that time. I thought to myself, “Jim (Lambie) is making a dream come true for a lot of people tonight.” The entertainment started with a screening of rare film shot by Malanga of the likes of Bob Dylan, Salvador Dali and Cecil Beaton visiting The Factory. Plus footage of Edie Sedgwick putting on make up and of Andy Warhol shooting Edie putting on her make up. Edie’s beauty frozen in time, shining out of the screen was dazzling and hypnotic.

Next Jason McPhail took the stage and announced: “The man behind the whip, Gerard Joseph Malanga”. Malanga took the stage to rapturous applause, assisted by an elegant walking cane. His eyes still the same dreamy blue and his hair still untamed and wavy. He sat at a little table with a microphone and papers in front of him. For some this would have been enough just to have him here, to be in the same space as this man who was a key figure of something that meant so much to so many of us and helped shape us. But he had plenty more to give us.

It can be great when you go to see someone perform and they give you exactly what you expected, but it can be even greater when they surprise you and give you something that wasn’t exactly what you expected. The first thing Malanga said was one such surprise but delighted me. He announced that it was the centenary of the birth of Scottish naturalist and author of Ring of Bright Water Gavin Maxwell. Ring of Bright Water had been my Dad’s favourite book and I have kept a copy at my bedside since his death. It also brought back memories in a flash of family trips to the cinema to see the film of the book and being heartbroken by its beauty and sadness. This seemed to tie in nicely with the memories conjured up by Douglas Hart’s work earlier in the evening. 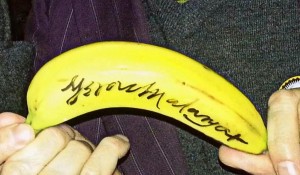 Malanga put on his glasses and started to read some of his poetry. There were portraits in words of people he had known and admired: William Burroughs, Chris Marker, Gore Vidal and Cecil Beaton. The Cecil Beaton poem perfectly conjured up so much of how I think of him, embraced by the establishment of the British Royal family, awarded the Legion of Honour by France and Academy Awards by Hollywood, but still Beaton’s art and personality also made him a hero to the different and daring. Unexpectedly alongside these portraits of celebrated creatives were tender poems about animals, including a wolf, a red tailed hawk and elephants. Malanga displayed an obvious connection to these animals that made sense of his earlier reference to Gavin Maxwell.

The works had plenty of heart in them, through his words as written, but also through his understated and affecting delivery. There were no wild or salacious tales of times hanging out at The Factory, but no one was grumbling or disappointed by their absence. He had everyone in attendance in the palm of his hand, enthralled and fully engaged. The warmth of applause at the end of the readings clearly moved Malanga and he offered up an encore. Again, another surprise, as he started to talk about the great British actor Robert Donat as an introduction to a poem about his favourite architect Charles Voysey (Donat married Voysey’s niece). Malanga said writing a poem about an architect was hard but he pulled it off and the poem made me anxious to re-explore the designs of Voysey, a rather unexpected result from such an evening.

After the performance I felt the need to make some sort of contact but couldn’t think what I’d like to say. Then I remembered I had the banana and it occurred to me, although I’m not usually an autograph hunter, it would be fun and fitting to ask if he would sign my banana. He seemed tickled by the request and as he signed it, I told him that I’d enjoyed his readings and that Ring of Bright Water had been my father’s favourite book. Friends asked how I planned to stop the banana from rotting. They suggested I could freeze it, vacuum pack it or seal it in some kind of resin. I told them I planned to eat it. The next day, still filled with a warm glow from the night before I ate the banana and it tasted good.

Find out more about Gerard Malanga at his website here: gerardmalanga.com.

All words by Duglas T. Stewart.