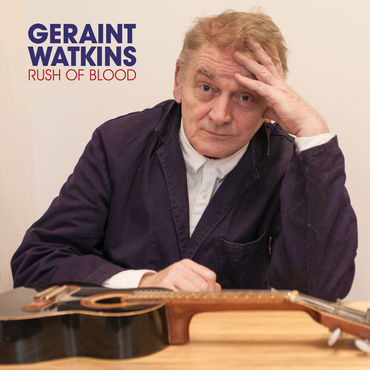 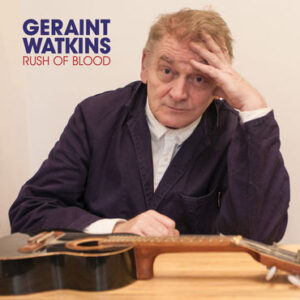 Having first emerged at the tail-end of seventies on the London pub rock scene, Geraint Watkins spent the following two decades alternating sideman gigs with rocking luminaries (Dave Edmunds, Shakin’ Stevens, Van Morrison, Nick Lowe) while playing in legendary London combo The Balham Alligators. After an excellent early effort in 1979 produced by Andy Fairweather Low, it took Watkins almost twenty years to record the follow up “Bold as Love”. Maintaining a steady pace, a new Watkins offering has been greeting us every four to five years, each a carefully crafted collection of songs, immaculately played and arranged by the Gold Top crew (and produced by the late Neil Brockbank). It took a request by Watkins fan Simon Ratcliffe (of Basement Jaxx fame) to produce some new Watkins songs to shake up the winning formula the Welshman had established over the past two decades.

A surprising alliance on the paper, the collaboration turns out to be an excellent match. “Rush of Blood” might be Watkins’ most cohesive and accessible effort but it still manages to retain what makes the Welshman such a idiosyncratic musician. Opening with the spaghetti-western tinged title track which contains a rather spellbinding guitar solo, we then move to the gentle groove of “Hold Back” penned with London bluesman Little George Sueref who provides some mean harp playing on it. The country lament of “Heart of Stone” is followed by the rollicking story of existential crisis “Middle of the Night” a marvel of an arrengement with its carefully entwined backing vocals, cascading piano and surf guitars. “Heavenly Knows” is a definite highlight and features a delighful clarinette solo (misery stick in Gold Top speak) courtesy of the great Martin Winning. The cajun vibes of “On My Mind” features yet another great solo (pedal steel this time). “I Got the Blues” is pure classic Brill Building songcraft while “Reason to Live” and its blasts of accordeon brings back memories of the Balham Alligators. The album closes with the croon of “Another Day Over”, not sure who suggested the idea of the echo-ey keyboard mixed with a string quartet but the result is trully wonderful, a truly spine tingling number.

More Info on Geraint Watkins can be found at his page on The Last Music Company Website. He’s also on Facebook.