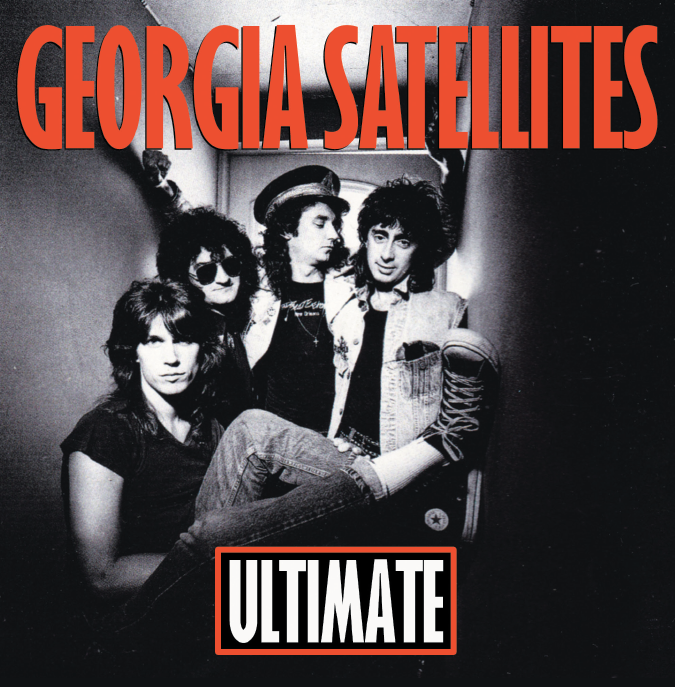 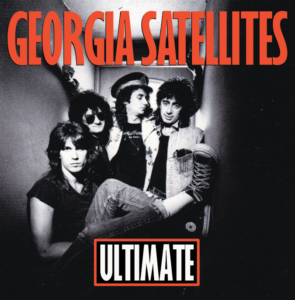 When it comes to no-nonsense, good time blues-based boogie and rock’n’roll, the Georgia Satellites set the bar as high as it could possibly go. This retrospective collection of their three albums for Elektra from 1986-1990, plus numerous bonus tracks, proves to be a glorious celebration of all that is great and inspiring about rock’n’roll in its very purest form.

Right, let’s get one thing sorted straight away. If you are a fan of traditional feel-good bar room rock’n’roll and you haven’t heard of the Georgia Satellites, then what planet have you been living on for the past 35 years? Throughout my life-long love of music, there have been a number of key songs, albums and gigs that have provided a notable milestone in my continuous journey, and there is no question that my first hearing of the Georgia Satellites debut album in 1986 is one of those moments.

The Atlanta-based Georgia Satellites were made up of Dan Baird (guitar/ vocals), Rick Richards (guitar/ vocals), Rick Price (bass) and Mauro Magellan (drums). It’s almost inconceivable to think that the eponymously titled debut album might never have happened. After Dan and Rick had put together an EP, Keep The Faith, with producer and engineer Jeff Glixman, the guys finally got together to put some songs together with the results being picked up by Elektra. But with an apparent lack of self-belief at what the future might hold for them as a group, it was only the fact that the debut single Keep Your Hands To Yourself took off across the American airwaves, reaching number two in the Billboard charts, that cemented their immediate future.

What we have here is a monster 53 track retrospective which collects their three albums on Elektra from 1986 to 1990 together with various singles and b-sides, including a number of live cuts. The set also includes extensive sleeve notes by each member of the original band, although Rick Price’s contribution extends to just the one sentence, with some interesting anecdotes from the original recording sessions. Also worth noting that 13 of the songs in this package have never made it to CD previously.

The debut album was of course the one that lit the fuse and introduced the world to some classic rock’n’roll anthems, many of which have easily stood the test of time. This album prompted an extensive touring schedule which was to continue through the bands relatively short life. This included a now-legendary performance at the Reading Festival in 1987 when the Satellites first made it to the UK. Both the band’s performance and the crowd’s reaction at this show exceeded all expectations and thankfully still remains in the BBC Radio archives.

Jeff Glixman was still at the controls for the first album which may at first seem odd as he was more well known for producing Kansas, far removed from what the Satellites were preaching. However, there was clearly no doubt in Dan’s mind that Jeff totally got what the Satellites were all about and gave them the freedom to see this through. And boy was he right about that.

Right from the off, we have the big singalong that is Keep Your Hands To Yourself, the ferocious Railroad Steel, the classic guitar intro of Battleship Chains and the kick-ass Red Light. Already out of breath and we are not even halfway through. Follow these with a stomping Myth Of Love, a relentless Can’t Stand The Pain and ultimately closing with some great slide guitar work from Rick Richards on the cover of Every Picture Tells A Story, clearly acknowledging the influence of bands like the Faces on the style and sound of this fine band from the south.

The bonus songs are also definitely worthy of inclusion. Dan introduces a live version of No Money Down with the question “Where would we be without Chuck Berry?” giving a further nod to one of the fathers of rock ’n’ roll and another major influence. This first disc ends with a storming live version of Nights Of Mystery which segues seamlessly into Waiting For My Man mid-stream in tribute to Andy Warhol on the very day that he died, a fine tribute indeed.

Open All Night, which followed in 1988, follows very much the same formula as the debut album. However following the heavy touring schedule that resulted from the success of that debut, Dan in particular felt somewhat pressured into pulling this second album together so soon and considers it his least favourite, noting that “You have your whole life to write your first record and two months to write your second one”.

The reality is that, to my ears, this second album is every bit as accomplished as the first with a whole heap of blues-based boogie and rock’n’roll to keep your feet tapping. Also worth noting the input of Ian McLagen on keyboards on several songs bringing the influence of the Faces even closer to home.

Don’t Pass Me By is quite simply barnstorming in its delivery and many songs from this album have continued to have a live airing long after the original Satellites split, including Sheila and Mon Cheri. The pace only really slows up with some more stellar slide guitar in Hand To Mouth. Again some great bonus tracks, closing with a live version of Almost Saturday Night/ Rockin’ All Over The World, giving more than a nod to another influence through Rick Richards love for Status Quo. 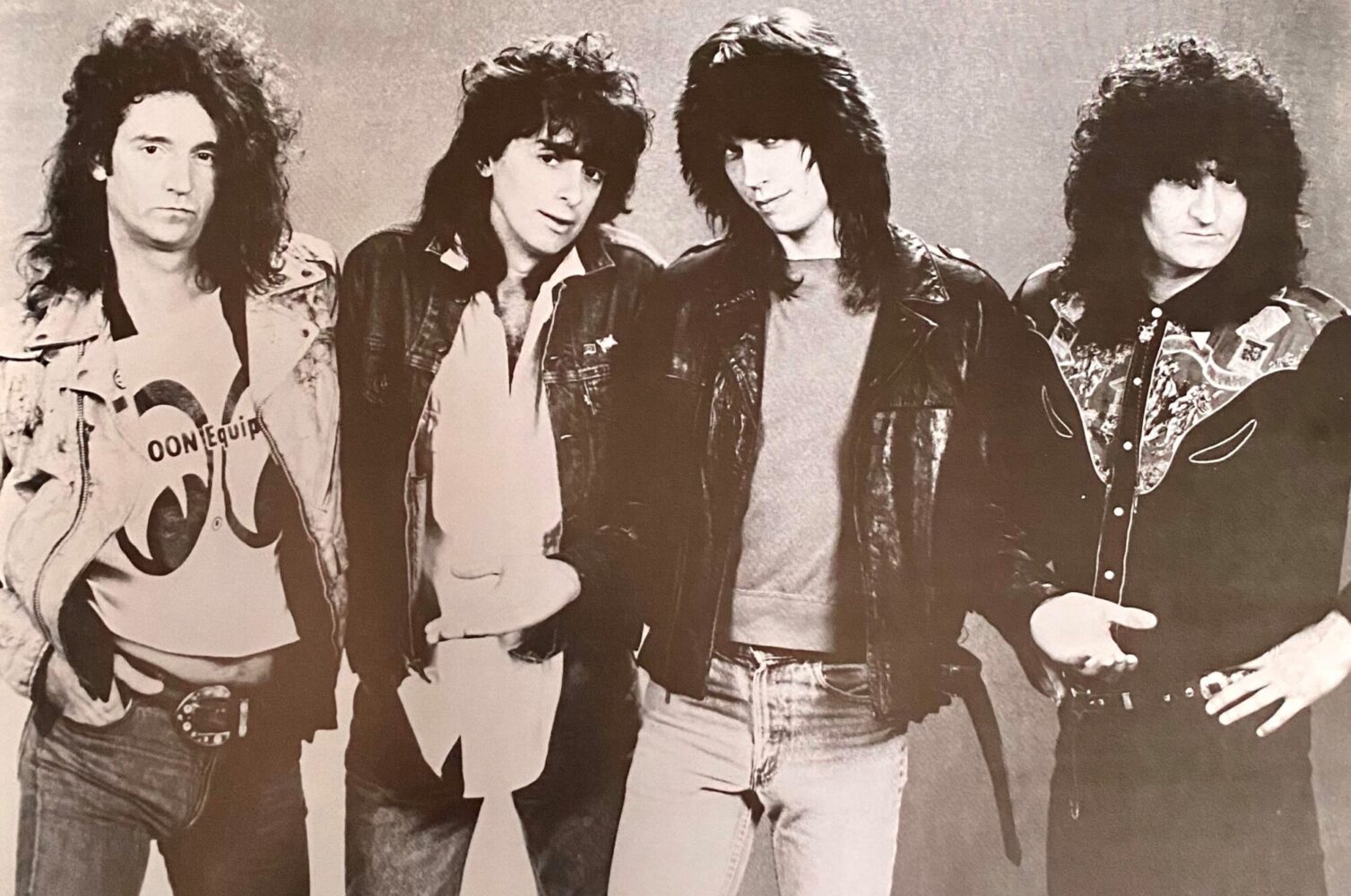 Album number three, In The Land Of Salvation And Sin, is commonly recognised as the bands own favourite, perhaps through an inner confidence in their own abilities which had naturally developed from the success they had been enjoying both on the road and through their recorded work. The impact of a move to Memphis for its recording and a new producer in Joe Hardy may also have added to a new creative spirit within the camp. Whatever the case, there is a greater sense of experimentation and varying of styles on this final album than is predecessors. Furthermore, Ian McLagan features on keyboards throughout the whole album.

All Over But the Cryin’ is another anthem of epic proportions and there is more stunning slide guitar right throughout the album, notably on Shake That Thing and Games People Play. But then we also have the mellower country feel of Another Chance contrasting sharply with the blistering pace of Slaughterhouse. Days Gone By is also another immense song.

The band broke up as Dan decided to pursue a solo career. However, aside from other projects, Rick Richards has kept the name and legacy of the band going along with extensive touring and one further album in 1999, Shaken Not Stirred. Dan also built a highly successful solo career eventually forming the powerhouse unit that was Homemade Sin, including Mauro on drums together with Warner Hodges from their country rock’n’roll contemporaries Jason & The Scorchers. Homemade Sin toured relentlessly and became synonymous with a pre-Christmas tour in the UK almost every year, performing numerous of the Satellites anthems, until Dan called time on such extensive touring for health reasons.

It’s ironic in a way that so much good time rock’n’roll has a narrative focusing on the bad times of heartache and heartbreak. But I guess it’s a way to see through those difficult times, often with a bottle of gin not far away. With the Georgia Satellites you get very few frills or gimmicks. But what you do get is a glorious celebration of all that is great and inspiring about rock’n’roll in its very purest form.

Make no mistake, this album is not a nostalgia trip for me as I have never stopped playing these albums since they were released. But without question, this collection defines the word Ultimate as much as any other box-set I could name. When it comes to no-nonsense, good-time boogie and rock’n’roll, the Georgia Satellites set the bar as high as it could possibly go and their legacy from the songs within this collection will remain undiminished for a long time to come.