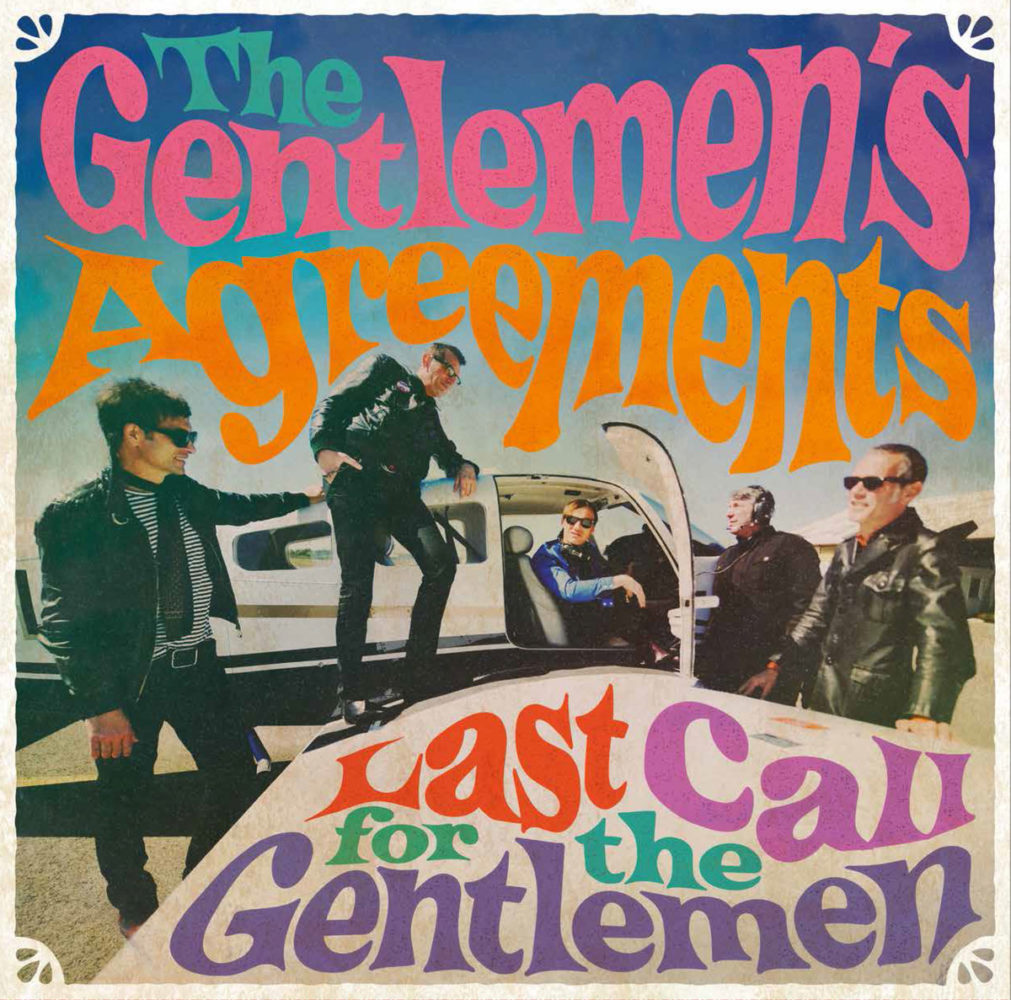 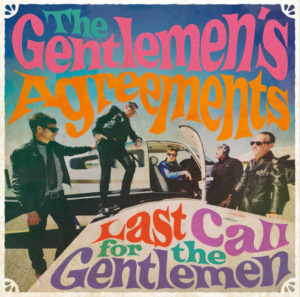 Who would you say are the quintessential Mod revival band? The Jam? The Prisoners? The Clique? Add to that list France’s answer to all of the aforementioned The Gentlemen’s Agreements. Freakbeating their audiences with the sort of Hammond grooves the likes of Brian Auger and Booker T Jones would sell organ grinders for, the band have recently released their latest long player Last Call for the Gentlemen released on Sound Flat Records. Matt Mead meets up with the band to exclusively interview them for Louder Than War.

The Gentlemen’s Agreements are back with yet another Freakbeat-Hammond-Mod masterpiece on vinyl, CD and download. After their fabulous debut album Understanding!, their two hit singles and many legendary live-shows all over the international 60s-scene, the Frenchmen have once again captured their groovy, Hammond-driven, fuzzy, 60s Mod sound on their record, featuring a touch of soul and a hint of jazz that will always leave you completely stunned.

Whether it is fantastic instrumentals, such as Grand Bi Chase, which bears resemblance to Link Quartet, displaying a jazzy, masterly Hammond organ, or simply danceable, catchy songs like She’s So Fine and You Got The Flower, each song on the album catches you all over again in its very own way. This record is just 100% pure energy. The only cover version included on this album is Howard Carpendale’s Du Hast Mich, without any doubt a great approach to the song, whereas anyone German speaking will also find a slightly comical side to it while trying to figure out what the hell these lyrics are supposed to mean.

Finally the record finishes off with the incredibly cool and furious Catch A Plane that definitely makes you hope that this won’t be the last call we get to hear from these boys, but there will be more to follow. Last Call For The Gentlemen is a brilliant, powerful record from the first second to last, but you’d be better to hear it for yourselves.

Interview with the band

LTW: Can you tell me what are your first memories growing up? Where were you born?

Alain (bass): I was born In Avignon, south of France. The first thing I remember is meeting French singer Claude François covered with sweat after a wild gig near my place. I still have their autograph!

Barnabé (lead vocals): I was born in Lille, north of France. My first memory is listening to the rain falling.

Alexandre (drums): I was born in Marseille, south. My fist memory is waking up this morning.

Coog (organ): I was born on Venus, my first memory is the attack of the female troops of Melusina, the bad witch of the Galactic Fence.

Waldo (guitar): I was born in Nimes, south. I remember the strip-tease stand at the fun-fair.

Waldo: I was 5 when I first found a box full of French EP’s in the street: The Seeds, Music Machine, The Electric Prunes, 13th Floor Elevators or West Coast Pop Art Experimental Band. Unfortunately I traded the records for an ice-cream cone at the age of 7.

Barnabé: The first music I enjoyed was a nursery rhyme about a bad wolf and the little red riding hood. I guess the song ended bad.

Alexandre: I guess it was the ringing of the alarm clock early this morning.

Coog: I first heard the cosmic vibrations of the sun. It was on a Sunday, 2025 years ago.

Barnabé: I never heard about such music, can you tell more about it?

Alain: The Doors, Serge Gainsbourg, Brian Auger, the Specials, the Shadows. My father was a rocker and he used to bring me to the bar where there was a jukebox full of oldies.

Coog: I remember the huge galactic hit of a band that you will be able to hear on earth in 2765.

Waldo: I guess it was the beat album of Christian singer Père Didier.

Who were your first music idols?

Coog: My first idols were the Venus Army Choir. I loved their hairstyle.

When did you first start to be involved with bands?

Alain: At the age of 11, with guys for the mod scene in Avignon. The band was called Boolings.

Coog: I started my musical career as an assistant for the singing giant flower of Venus City.

Barnabé: I started singing in a karaoke restaurant in Japan.

Alexandre: I think the answer is on the Internet.

Waldo: I started to play with bands as soon as I started to drink beer, at the age of 9. I discovered it was a great way to drink for free.

When and why did you first start to write music? How does this process happen for you?

Alain: The Gentlemen’s Agreements started as a cover band, then we started composing our material. The new album is filled with our compositions, we write very fast. We steal things we love from our favourite records and do our thing out of them.

Waldo: I started by sticking two fingers in a socket. Very inspiring!

Coog: I wanted to share my feelings with the whole universe, so I ordered a Hammond Organ from Earth, and started composing an opera for humans and non-humans. I should be out in 3079.

Barnabé: You know I hear voices all day and night. One day I decided to write what the voices were telling me and that makes songs.

If you can go into detail about The Gentlemen’s Agreements? How did the band form?

Alain: The Band started 5 years ago as a super group (we prefer saying super friends group) made out of different garage/mod bands such as Sheetah & the Weissmuller, Towerbrown, Penelope, The Fuggets, Les Arondes, The Link Quartet, les Braqueurs. We made several personal changes but the band keeps the same spirit.

Barnabé: The big challenge for us is that we all live far away from the others. I’m in the North of France, Coog is from another Galaxy, others are in the south.

You’re about to release your latest album. What can you tell us about the album? What will the fans get to hear?

Alain: We started out being a covers band so we are trying to make a nice, concept album. It’s more psychedelic but still dancehall I think.

Barnabé: “Last Call for the Gentlemen’s Agreements” is the score of an imaginary movie. Rate it the way you want.

Alexandre: I guess our fans will get to hear our latest album. Pow?

Who are your current musical influences?

Alain: We have a lot of influences like some Soul, Freakbeat and Psychedelic stuff.

Barnabé: Our influences are the hairy bands of the sixties.

Coog: My influences are the stellar forces of the milky way.

Alexandre: My main influence is myself.

Waldo: The biggest influence is Orion, the real voice of Elvis Presley.

Do you have a big fan base in France?

Barnabé: Our fan base in France is not huge, but they travel as much as we do for a GA gig. Some come from England, Germany, Spain, from all over France just to party with us. It’s very inspiring, you don’t want to disappoint them.

The band have a big following in England. Will you come to England to play for your fans?

Alain: I really hope so, yeah. We have friends there who really care about us, who are trying to plan those gigs. We will have a great time in England!

Final question. Who is the greatest French musician?

Coog: Pierre Henry, I guess he must have come to Venus to play like he did.

Waldo: Orion, the real voice of Elvis Presley. I think he was French, don’t you think?