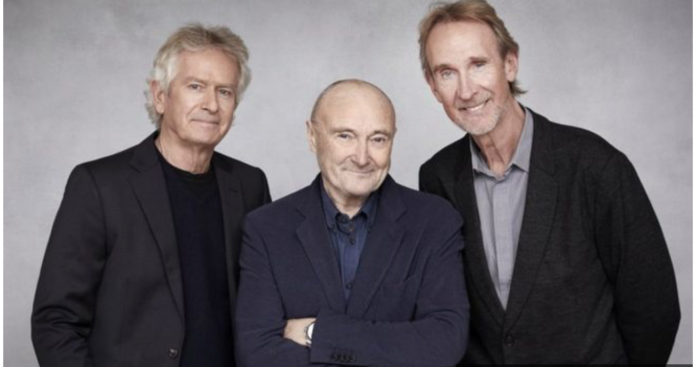 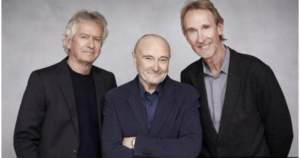 Pop culture is a strange and unruly beast.

Growing up in the punk wars Genesis were always looked on as being the enemy but in the past decade have slowly crept back into fashion with their earlier albums becoming hallowed.

This reformation is not of that period of that band but in these times when even bands where all the members are now dead have reformed it is no surprise to see the band back after 13 years. To be honest we thought it was more like 40 years since they played…

“I think it’s a natural moment,” said Banks. “We’re all good friends, we’re all above grass and… here we are.”

The veteran band, whose hits include Land of Confusion and I Can’t Dance, will kick off their Last Domino? tour in Dublin on 16 November.

They will also play shows in Liverpool, Leeds, Birmingham, Belfast, Manchester, Newcastle and Glasgow, as well as two nights at London’s O2 Arena.

The trio will be joined by Collins’ 18-year-old son Nicholas on drums and Daryl Stuermer on guitar and bass.

Founding member Peter Gabriel, who left the group in 1975, will not be taking part. Guitarist Steve Hackett will also miss the shows.