Congratulations and high-fives to the Manic Street Preachers on reaching the 20th anniversary of their debut album. A milestone!

The online memoirs have been coming thick and fast. There is a seemingly inexhaustible well of platitudes out there for an album which is unanimously viewed as ‘brilliant’ yet ‘rubbish’. The consensus, as I see it, is that the Manics’ political and classical rhetoric and manifesto wins the clenched fist of endorsement – while clenched teeth own up to a disappointing record with shocking production values, over-ambition and over-reliance on filler. Oh, but ‘Motorcycle Emptiness’ is a good tune. So that’s alright then.

Much is also made of the band’s ‘Welshness’, although their (literal) flag-waving would come a few years down the line, once the floodgates had been opened by the likes of Catatonia and Gorky’s Zygotic Mynci. It’s quite important to note, I think, that the Manics spent this period keeping their heads down until the ‘Cool Cymru’ (ugh) 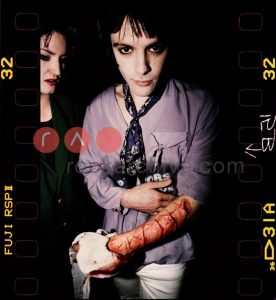 In Newport, at the time of ‘Generation Terrorists’, a truly excellent explosion of noise was on the verge of formation. Although the likes of 60ft Dolls, Flyscreen, Novocaine and Dub War wouldn’t emerge for another year or so, the ‘idea’, the ‘notion’ of them, was already condensing in the cloud of steam that hung permanently over the rank bogs at TJs.

Specifically, TJs in 1991 had become a hotbed of hardcore punk DIY sensibility. The worthiest bands in the world all came to play in this club – an incredible education, when you think about it. Butthole Surfers, Membranes, Brainiac, Down By Law, The Offspring, Spermbirds, Jesus Lizard… and dozens more. All bands with something very important and urgent to say – and a very firm and precise way of saying it.

South East Wales had grown itself a backbone. The Anglo-Welsh youth of Newport, finding themselves unable to sit comfortably with the imperial Welsh language music scene or the foppish student stuff coming out of nearby Cardiff, would no longer suffer fools. So when Manic Street Preachers took to the TJs stage for the first and only time dressed all in white like Generation X and sounding like a.n.other Valleys glam band (see: Tygertailz), they were swiftly dismissed as unimportant.

As was the ‘Generation Terrorists’ album, when it came out. The people of Newport wished them well, in much the same way as Feeder were wished well. We’re all doing what we can to get by. But it didn’t mean we had to like them.

We did try – but the music was weak and the rhetoric wouldn’t cut much mustard with us. We had the genuine bloodied-nosed white knuckle ride of 60ft Dolls to put a rocket up our arses and a fire in our bellies. We were hardly going to listen to an A-Level politics student quoting Goythe.

We liked Richey, he was our friend. He came to lots of gigs in Newport. But he couldn’t half spout some daft nonsense sometimes. The ‘4 REAL’ business was interpreted quite correctly at the time as a very sad and depressing gesture. Not a defiance or triumph; just an upsetting thing for a poorly person to do. Poor Richey.

It’s great that the Manics’ debut album is being celebrated today, and quite right too – those were good times and lots of fantastic records were being made. But let’s have a little perspective: the record was not a good one, the band were not great and their clothes, hair and polemic was a bit of an empty joke. Don’t believe the hype – they did not galvanise any kind of Welsh music scene, even (as has been suggested) as a reaction to what they were doing. That’s just silly.

They were a bit of fun, that’s all – the serious stuff, the proper artfulness of the early 1990s, would come from a town a little south of Blackwood.