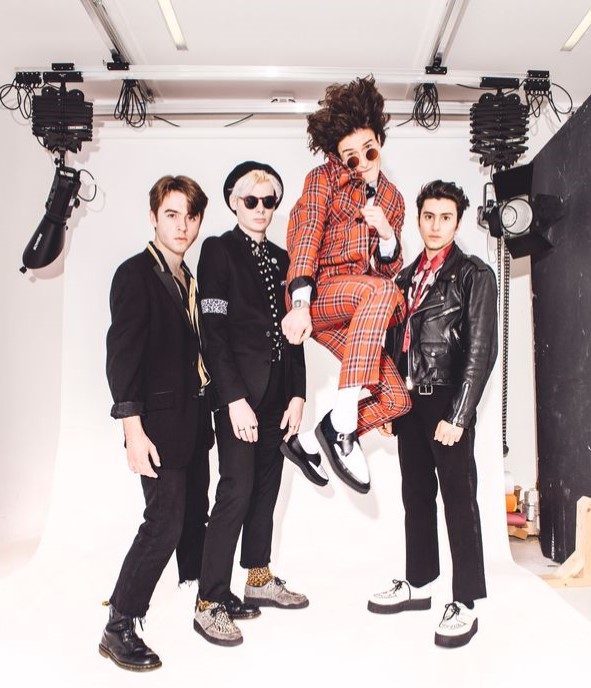 This isn’t music which sounds good – this is music which sounds naughty. And all the better for it. Generation are a kick in the teeth to manufactured four-piece pop bands, instead giving us a powerful punkishness, bristling basslines, a growl of guitars and vocals which flicker on the edge of feline.

Four young men currently based in Liverpool bringing us a track which sounds alive – animal, even.

And they tell it like it is. ‘Cheapskate’ is their debut single, out 5 April and is a tongue-in-cheek tune of living as a working-class band, despite the rock ‘n’

roll image they emit. It follows on from their debut EP ‘Who Loves This Generation’ and plenty of live action.

It’s a track to be gripped by. Opening with gutsy guitar, followed by a throb of bass and a plunge into a vocal trill – this is instinctively satisfying stuff. It builds up speed quickly, something that young bands don’t always master well – but Generation turn their hand to it expertly, creating a co-ordinated thrash of noise before the teasingly acidic lead vocals of frontman Dean Carne slide in.

The lyrics ooze glam trash punkishness, as if recalling elements of conversations, bits of bravado, casual observation – and it completely works. Carne leads us in with ‘easy easy easy tiger’, tales of sex and seduction – before the revelation. He’s a cheapskate.

The almost feline flourishes to the vocals really are notable as well as the transition to a rhyming interlude of ‘I’m a cheapskate/I’ve got nothing on my plate/aint got any money/but I’m getting swooning all the honeys’. It’s evocatively ironic and edgy with it, thanks to James Carne on guitar giving it real power, pushed through with energetic yet articulate drumming from Nathan Sanderson. Slick, sashaying bass from Joe Murdoch steps-up the tune with some extra ballsiness (or catchiness, call it what you will).

The tongue-in-cheekness combined with a real resonance keeps the listener hooked throughout. Lines like ‘I’m a mess at my best’ articulate those every-day dramatizations whilst the witty wordplay ‘I’ll take you for a cheap steak in my cheapskate world’ being one – adds some sardonic humour to the swagger. I’m certainly charmed by it.

Topped with a closing relay of vocal trills and guitar distortion, it’s clear throughout that this is a track to move along to. In an era when so many releases sound pre-packaged and lifeless, this is a welcome taste of glam trash and I’m ready to thrash. Give it a listen.

Words by Emily Oldfield, also on Twitter as @EmilyvOldfield.