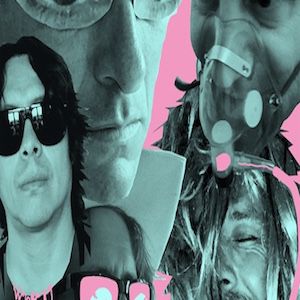 LTW US correspondent Marc McStea delves into the world of niche radio:

Generating Steam Heat is a radio show dedicated to music that influenced punk and punk then in turn influenced.

In the world of radio you can pretty much find any kind of specialised show to cater to whatever your needs, no matter how left field. But if you are only ever going to listen to one show, the one to go for is Generating Steam Heat. From humble local beginnings the show continues to expand and is now aired on a regular slot in the USA and Canada. The show is punk orientated, but touches pretty much any area within that broad spectrum. The show is the baby of Gentleman Jimmy T and Ed X, who Marc caught up with for an interview on how they got to here and what’s coming next…

What are your backgrounds – what were you both doing etc pre GSH?

Ed – I’ve been in bands since I was a teenager but stopped playing over 10 years ago. In the past I also had a record label, promoted tons of shows and put a fanzine out. I’m over doing my own music and am now more than happy to be playing other peoples songs on the radio.

GJT – I’ve worked with loads of bands as a studio engineer (check out show 78 on Mixcloud for the run down on some of them) and was then involved with Soundart Radio, who now broadcast the show, when working at Dartington Colleges of Arts.

What prompted setting up GSH?

Ed – I changed my job which meant that I wasn’t travelling away from home to work, and would have more time to do something ‘creative’. Jim and I were out with friends and he asked what my plans were for all the spare time I’d have and I said I’d like to do a radio show on our ace local radio station Soundart Radio. This was not a considered answer – it was pretty much the first time I’d thought about doing it, but Jim rang me a few days later to say he’d sorted a slot on the station and we were starting in a couple of weeks! We’ve done a show every week for the past three years since and are now on US and Canadian stations as well and tons of places online -thanks Jim!

GJT – I wanted to do something different, using radio and social media to raise awareness of new bands.

Given the big punk thread running through GSH guessing that’s where your heart lies?

Ed – I don’t know about that but it’s definitely where my background lies. I got into punk as a teenager, first as a kid going to gigs and then as someone up on stage. It sounds crazy to say it but when I was 14 punk did change my life. What was important to me about punk was that getting into the Ramones, Crass etc. opened me up to want to explore ALL music.

One day I was a kid at school into Airfix models and the next I suddenly saw there was a big wide world of opportunity out there and I wanted to take everything in…Joni Mitchell, Black Flag, Joy Division, Pentangle, B-52s; everything was fair game. The music I played in my own band was more straight forward punk/hardcore because that’s what felt good to bang out, but I’ve always listened to music of every spectrum because punk to me meant ‘no rules’. If it’s good it’s good. I like an interesting back story to a band or song but don’t care if it’s old or new, cool or not.

Punk is the foundation of the show but you won’t hear an hour of punk rock on Generating Steam Heat. We call it a punk attitude show. I hope the show reflects the variety of great bands that are out there and the different styles Jim and I listen to – I really think we’re in a great period for new music.

GJT – We both come from that background but for me the show is more about broader alternative music, especially innovative and largely unrecognised acts.

What other things are you doing?

Ed – We do a night at our local brewery New Lion Brewery called Club Vinyl each Friday where we put a record deck out and people bring records along to play or trade-it’s really good fun.

GJT – Apart from GSH & Club Vinyl I’m in two bands, Hot Love and Felt Bells which lean towards Americana. I also do art and photography I’m always looking for interesting and creative things to fill my time.

Ed – We’ve talked about doing a Generating Steam Heat Record label and I’d like to see that happen at some point. We already have our first few releases planned – that’s the easy part with the amount of new bands we hear; just gotta fund the thing! It blows my mind the amount of great bands out there who currently haven’t got vinyl out. A good example of the sort of thing we’d like to release is this ace band from Montreal called Heathers;

Ed – Yep! We have a Generating Steam Heat DJ night on 30/06 at New Lion Brewery in our hometown H.Q, Totnes. Jim and I are the regulars on the show but we have three other DJs who do the occasional show based around their specific tastes so everyone will get a slot behind the decks. We always enjoy live sets. Online we also do the occasional Wednesday evening live set at 8pm where people can live chat with us in real time and tell us how great/crap the music we play is! Check that out on the Mixlr channel ‘Global Punk Radio’.

Given that the shows live forever to listen to etc- do you still get hits on the early shows?

GJT – Our occasional themed shows such as our dance punk, bovver rock and roots reggae specials people still seem to listen to and we get occasional notifications saying our regular shows have been listened to on Mixcloud that we did ages ago so the answer is yes.

Anyone with any interest in checking out a ton of new bands and quite a few specialist themed shows from goth to glam (70s style) and bootboy to mod – plus an entire universe of cool bands should head to the links below!

The show is also available to listen to on apps such as Tune In Radio, Bomshell Radio or Mixlr on your phone or tablet or on Mixcloud. You can also get the show as a weekly podcast by subscribing to Bombshell Radio on Apple Podcasts, Stitcher or your favourite podcast app or via our station show page.