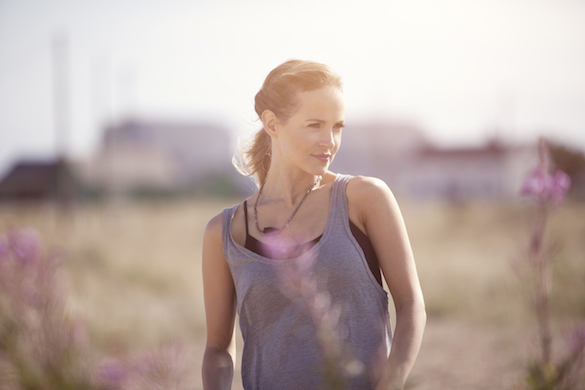 Gemma Hayes talks about her life, her music and her latest record, Bones & Longing.

Gemma Hayes is someone who has always tuned into her own music instinct.  Growing up in Tipperary, initially learning piano, she began paying attention to the likes of Bob Dylan, Nick Drake and Patti Smith. She later left home and moved to Dublin to pursue a degree but it was then that Gemma realised that she was going against her nature and so made the decision to pursue her own songwriting. Beginning with local gigs and open mic nights, Gemma used music as a means to make sense of her world.

“Looking back now, I realise it was such a visceral need.  From probably around seven or eight years of age I have lost myself in music for hours.  My late teens and early twenties were very tough in terms of trying to figure out who I was, what was expected of me and dealing with my new-found freedom in Dublin, from life at boarding school.  I found solace in music during this time.”  Gemma explains.

In her mid-twenties, Gemma released her debut in 2002, Night On My Side which was produced by Dave Fridmann and recorded in her hometown, and also in France (home of independent label Source) and Tarbox Studios in New York.  With handwritten liner notes willing her listeners to make the album their own, Gemma put her songs out into the unknown abyss, not knowing what would come back.  But that was never the ultimate reason or intention, as Gemma describes her songwriting process:

“I sort of go elsewhere when I write.  In that place, I don’t really think of “I” or “them” – there’s no separation within music.  I’m just in the music, putting things together, until it resonates with a part of me that goes beyond the “I”.” 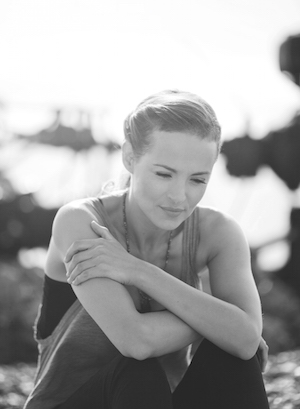 As sure as her instinct to follow her calling to music, Gemma’s debut earned her a Mercury Music Nomination in 2003.  It seemed she had made the best choice in deciding to pursue music, and whilst much of the album reflected a cathartic propulsion towards her former guides including Patti Smith and PJ Harvey, there were also quieter, reflective moments which could be heard in Ran For Miles, What A Day and Over and Over.  For a debut record, it sat quite comfortably amongst its peers including the Breeders’ Title TK which came out in the May of the same year.  With definite similarities to Gemma’s sometimes unpredictable song structures and guitar work, to PJ Harvey, Kim Deal and Patti Smith – there was quite a lot of anticipation surrounding Gemma from the moment Night On My Side was released.  Talking of her inspirations, Gemma said:

“PJ Harvey, she is a force.  I agree that we absorb a lot of music, chord progressions, beats and words, from around us — knowingly and sometimes unknowingly.  It’s all there inside, circling around, just waiting for a chance to find new expressions.”

Since 2002, Gemma has released five albums as well as having become heavily involved in soundtrack work, including composing for television and film.  This took Gemma to LA where she settled for a time, and inevitably, being exposed to a completely new way of life, these subtle changes can be heard and reflected within her music.  She has covered Chris Isaac’s Wicked Game, collaborated with My Bloody Valentine’s Kevin Shields on The Hollow of Morning in 2008, as well as working with Counting Crows who released their co-write of Hazy on their own album.  On documentary Half the Sky (originally written by Nicholas Kristof to raise awareness of oppression of women and sexual violence globally), Gemma contributed an original song to the 30 Songs, 30 Days campaign that launched in 2012, alongside Emmylou Harris, Lucinda Williams, Corinne Bailey Rae, Ingrid Michaelson and other songwriters.

“Creativity for me, is about expressing how I see life – and by life, I mean everything outside and inside of my being.  I can’t imagine creating without being influenced by my immediate surroundings.  I’ve always tried to follow my gut with my songs, which is very strong and stays true to its goal.  I try to give what the song wants in order to come to life and react instantly.”  Gemma says.

When writing her latest album, which was released under her own label Chasing Dragons, and part-funded by Pledge, a decision, like that of becoming a truly independent artist, which was also attached to the enduring respect shared between her listeners and herself over the years – Gemma explains that much of the songwriting came from instinct and the connections that subtly threaded through previous albums, and Gemma’s own life – especially the links that exist between Gemma’s previous album Let It Break and this, her most recent work:

“Laughter existed long  before There’s Only Love. It never really  belonged anywhere until now.  I desperately wanted the message in the song on my last album: Let It Break, but I knew Laughter wasn’t right for that album – so I re-wrote it!  Then this album came along and just before it went for mastering, I decided here and now would be a good place for Laughter to live.  I love how as an opening song it threads the two albums together.”

Gemma found the simplicity of Pledge Music worked for her, especially as it nurtured the two-way communication between herself and her listeners:

“I like the idea of connecting with the listeners of my music more, including them in the process of making an album somehow.  It did my heart good to feel their support from the very start.” 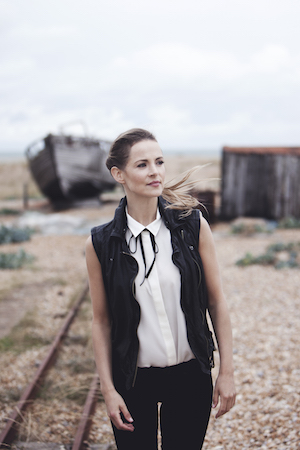 But she did admit that feelings of guilt did begin to set in as she realised the album was inevitably taking longer to complete than first anticipated:

“What did surprise me was the sense of responsibility I felt towards the listeners whilst making the album.  I was aware that they had pledged and that now they were waiting and waiting!  I usually dip in and out of making an album over a two or three year period, but this made me focus more intently on the album from start to finish.”

And the album was worth the wait.  It has a coherence to it that might be likened to the constant, evolving, emotional resonance that floats through a film soundtrack, for its honesty, and for its raw integrity.

Bones and Longing is perhaps a home-coming album – in Making My Way Back, Gemma speaks of all roads leading to one destination — home.  If not physically, then emotionally.  There is a sense that this album combines the richness and diversity of the intervening years, a whole new set of experiences and influences to Gemma’s songwriting, and the search for home and belonging.

Palomino alternatively, might allude to the media bubbles we get caught up within, and the homes we hide ourselves in — a hope – and realisation – that there is more out there, in the great unknown to be lived and experienced.  This seems to be a collection of songs which are allowing Gemma to take stock, as their author explains:

The outro track to Bones and Longing despite (or because of) its purely instrumental nature, needs no explaining — there is a real sense of retrospective infered, as this, Gemma’s fifth studio album, nears its end with a deep breath as all that has been, is bundled up and given back to her listeners.  A work that is poignant, nostalgic, and the result of a life so dedicated to the truth that music represents.  It would be hard not to be moved.

Bones and Longing is available now.  Gemma Hayes will begin a UK tour in the new year, beginning on the 14th January at The Oslo in London (tickets purchased for the original date on November 17th will still remain valid).  Followed by live dates alongside Scott Matthews in February (dates below).  In the meantime, you can catch Gemma at live dates with Paul Noonan and The Printer Clips, across Ireland.