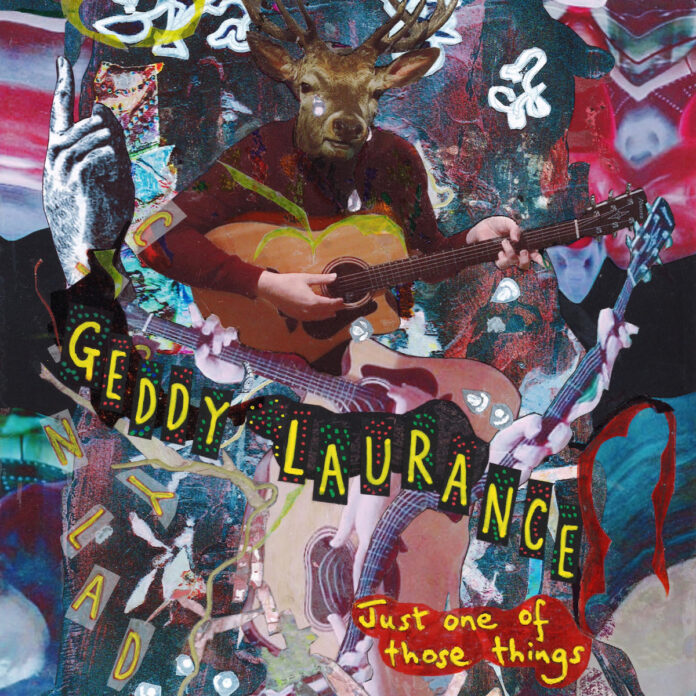 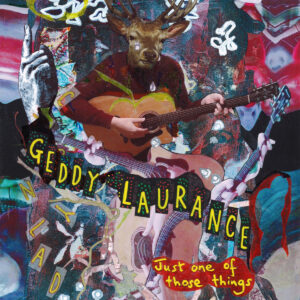 There’s something innately ‘indie’ about a split EP. The very idea of sharing a release by splitting it right down the middle. Sharing the glory with a kindred spirit. Safe Suburban Home may be a reasonably new label yet it’s this somewhat old school indie aesthetic that they embody. The fact that the EP comes on cassette feels like the proverbial cherry on the cake. Don’t worry, there’s a download to be had too. Over the course of 4 charming tracks, we’re introduced to songwriters Geddy Laurance and Michael O.

Known locally as Ged, Geddy Laurance has played drums with legendary indie-punks Boyracer and has sung, drummed and played bass for acts like Downdime, City Yelps and Wonderswan. He currently plays drums for The Vat-Egg Imposition (who, coincidentally, might just be your favourite new band if you give them a listen). If all that wasn’t indie enough, Boyracer released material via the genuinely legendary Sarah Records and Slumberland Records. To say Ged has indie pedigree would be a huge understatement.

Ged starts with a gorgeously whimsical solo track, Just One Of Those Things. A flurry of acoustic strums, breathless drums and delicate lead guitar create an undeniably lovely tune. The track swoons and sways like all classic indie-pop should as it takes us on a melancholic wonder through the night time, the sky lit with shooting stars. It’s also an ironic song about facing complex situations with a simple, “it’s just one of those things”. Ged’s second contribution comes in the form of the blissfully dreamlike Prolonged. A song of hope and encouragement for environmental activist Greta Thunberg; the track effortlessly floats along with a beautiful sunlit melody.

Press eject and turn the cassette over and we’re introduced to Bay Area indie veteran, Michael Olivares (or Michael O for short). The self-described “part time musician for life and hire” sings in psych-pop act The Mantles. He started down the solo path sometime around 2013 with occasional assistance from members of local acts like The Oilies, The Art Museums and The Bananas. His first offering on the split EP finds him in a blissfully reflective mood. See Me Again is a quirky slice of jangle-pop that has a laid-back, impromptu vibe that recalls the spirit of lovable oddballs like Kevin Ayers. Flesh Flies is a similarly chilled slice of acoustic bohemia with an intimacy that puts you right there in Olivares’ front room. Two effortlessly charming tracks inspired by, “occult activities, science, isolation, and the great outdoors”.

Ged and Michael have created an EP as indie as Robert Forster’s sun-dappled daydreams. If you enjoy the sweetness of The Field Mice and the subdued eccentricity of Syd Barrett, you’ll find something to your liking here. If all this wasn’t DIY enough for you, the cassette comes with a reversible cover with each respective side designed by Ged and Michael. A real treat!

Check it out on Bandcamp