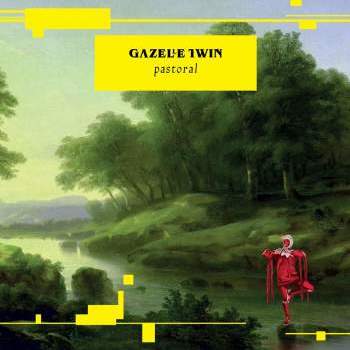 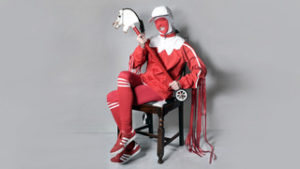 Gazelle Twin has announced details of their forthcoming album Pastoral. Set to be one the great releases of 2018, Pastoral will be released on the 21st September via Anti-Ghost Moon.

Pastoral is told through a troupe of multi-gender voices, in vernaculars old and new; from the shrill echo of folksong to tabloid-tinged jaunts, the artist aka Elizabeth Bernholz, presents the notion that “there is horror in every idyll, and danger lurking beyond the “quaint” ”. The village square – once host to centuries of public torture – becomes a floral framed postcard, dolled-up for the Summer Fête. A sunny, afternoon walk over the hills unsettles a cloud of angry flies feeding from unidentifiable remains. Bigoted vitriol gently murmurs amidst tearoom chatter, as the neatly framed pastoral picture dissolves into a solemn ennui.

Four years in the making, amidst life-changing events, including a move far out of the city, Pastoral will be the first major release by the artist since her widely acclaimed LP UNFLESH (2014, Anti-Ghost Moon Ray) and is seamlessly on-theme, together with Bernholz’s J.G. Ballard-inspired A/V show ’Kingdom Come’ (soundtrack released November 2017, Anti-Ghost Moon Ray) – a fascism-infused hellscape, this time set in deepest Old England.

As its sole creator, Gazelle Twin “The Composer, Musician and Producer” has crafted an album overflowing with a frenzy of traditional and contemporary musical tropes; from early music instrumentation – the harpsichord and the humble recorder, fed through myriad electronics – to the compelling, ritualistic application of found sample-looping. Beyond Bernholz’s signature choral-infusions, here reverberating like a warped Sunday Service, there are even shades of ‘90s house and the once-thriving rural rave scene, albeit recalled as a watery, second-hand memory. In its consummation it is an album that feels pan-century, even pan-species.

Set against a verdant backdrop of hedgerows and steeples, Gazelle Twin “The Artist and Performer”, constructs an eccentric and commanding visual embodiment of all-of-the-above – a costume fit for a court Jester of the 21st Century. The colours of Neo-Nationalism. Coke cans, and DANGER. “It” (not “she”) hints at folkloric traditions with a footy mascot twist. The “Ye Olde” and “The Everyman” of the English cliché. Brandishing a sneer and a hobby horse. A riddle and a recorder. A jeer and a square dance in red Adidas Gazelle’s, and a mad, fixed GRIN – first glimpsed in the single, ‘Hobby Horse’ (22 June, Anti-Ghost Moon Ray).
A deranged, absurd reflection of deranged and absurd times.