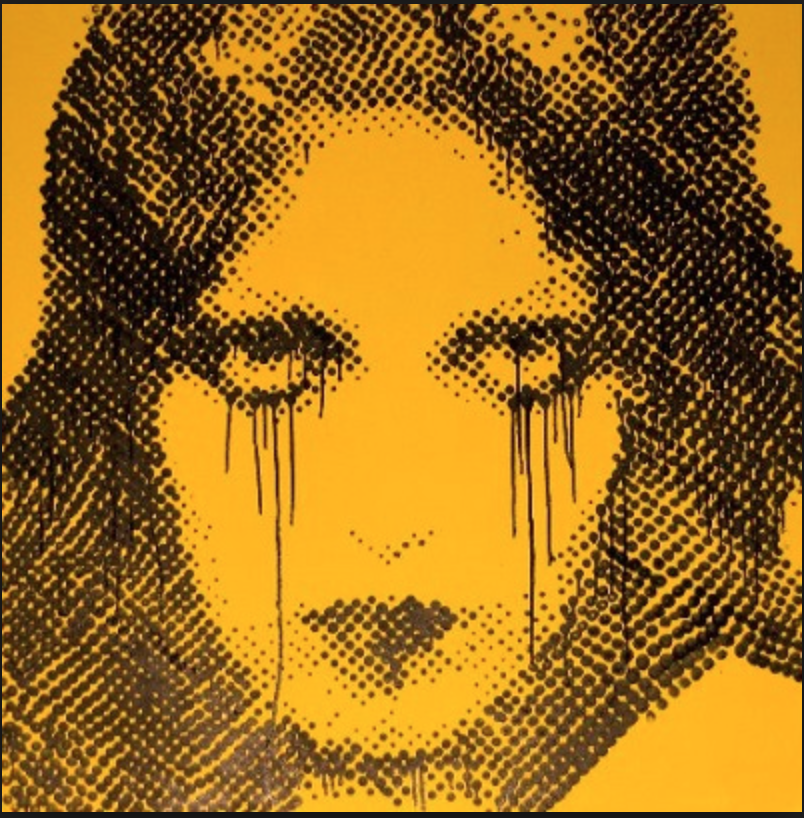 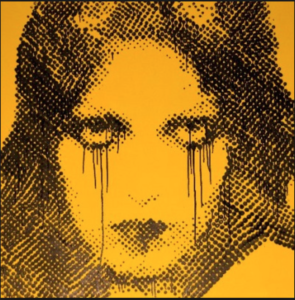 Gaye Black spent 1977 as the iconic bass player from the much-loved Adverts – one of the few bands who are worshipped by both The Stones Roses and Henry Rollins.

She is currently a really good artist with lots of diverse work that she exhibits all over London and beyond and also sells from her website here. Please support her – she is doing great work.

The other really cool thing about Gaye is that she has never stopped on her musical journey.

Instead of basking in decades-old music scenes which we all still love she currently loves black metal and especially the atmospheric dark matter stuff that is full of melancholy and of compelling neo classical deep forest dampness – so immersive and brilliant that she felt she had to give us a playlist.

In no particular order, a rather laid back selection to open 2019 with…

Gaye ‘ This is the second (of two) tracks on ‘A War for Wonder’ ep. A mesmerising slowly building and evolving instrumental piece perfect for late night listening.

2. BLUT AUS NORD – THE FORMLESS SPHERE (BEYOND THE REASON)

Gaye ‘ Atmospheric black metal from the French band’s ‘Memoria Vetusta 11 – Dialogue with the Stars’ album. The guitar melodies go to some beautiful places.’

3. SLAGMAUR – THE DRUMMER OF TEDWORTH

Gaye ‘ Nightmarish atmosphere and the drumming a perfect accompaniment to the slow menacing tempo.’

Gaye ‘I actually heard this version before I heard the original Cure song. Very gentle compared to the Norwegians’ usual style, but there’s something quite creepy about Nattefrost whispering alone in a forest. ‘

Gaye ‘Ah those guitars… UK band whose identity is a secret, from ‘On the Dawning of Light’

Gaye ‘Beautifully melancholic track from the Swedish band’s 2010 ‘Arisen from the Ashes’ album.’

7. THE INFERNAL SEA -THE BEARER

Gaye ‘One of my current favourite UK bands, they are very good live also. This track from The Great Mortality is beautifully varied, everything from blastbeats to violin. By coincidence the ending of this track reminds me of no.8!’

8. CREBAIN – BY OUR TALONS HEAVEN SHALL FALL

Gaye ‘From the Night of Stormcrow album, this could be the soundtrack of a haunted funfair or circus movie. Epic.’

Gaye ‘ This is a pretty good track but I actually chose it because I just came across this official video and well, full marks for effort! They’ve captured the spirit of vintage silent black and white horror films, there are trolls, a huge demon and terrorised peasants and the like!’