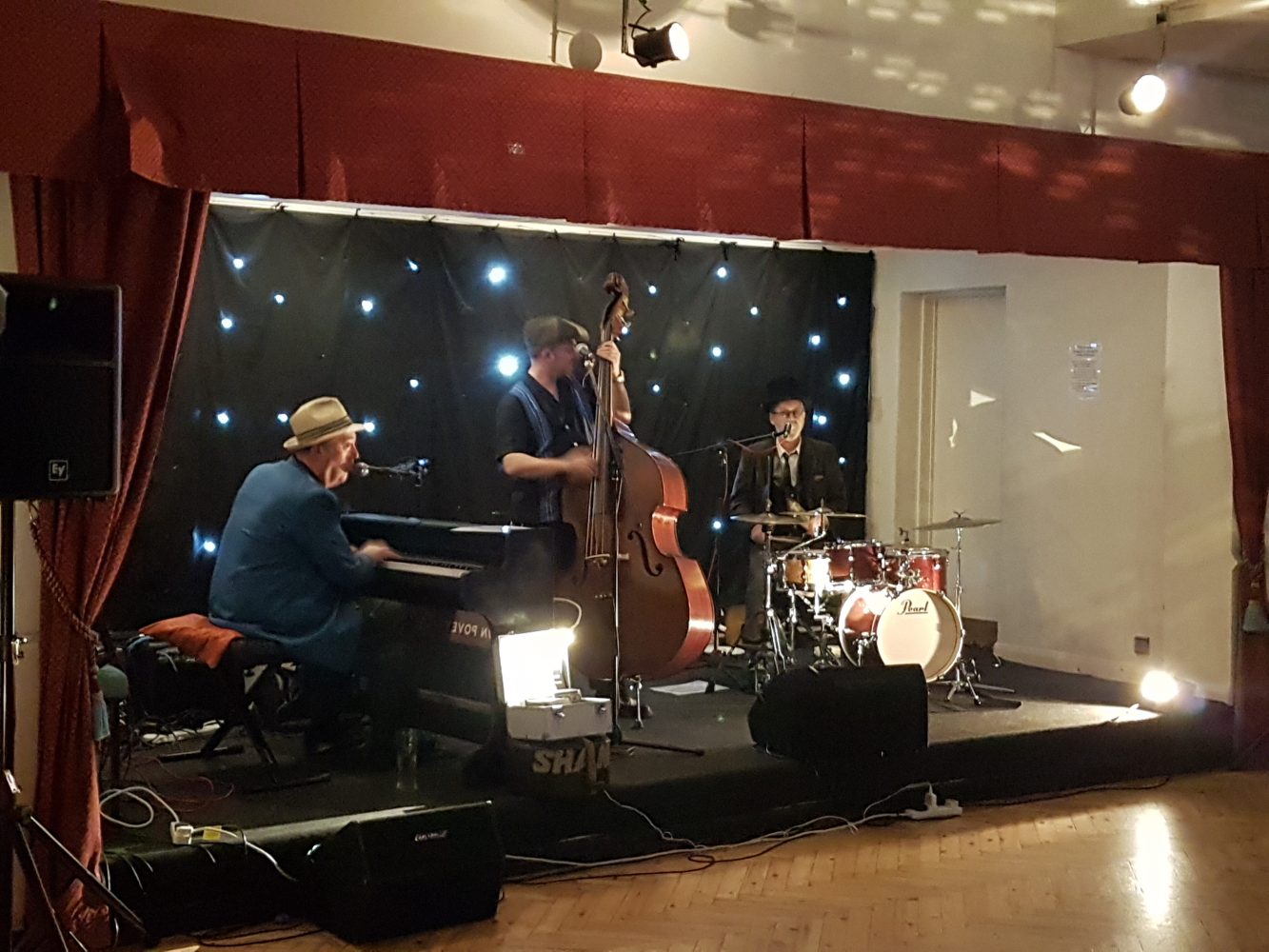 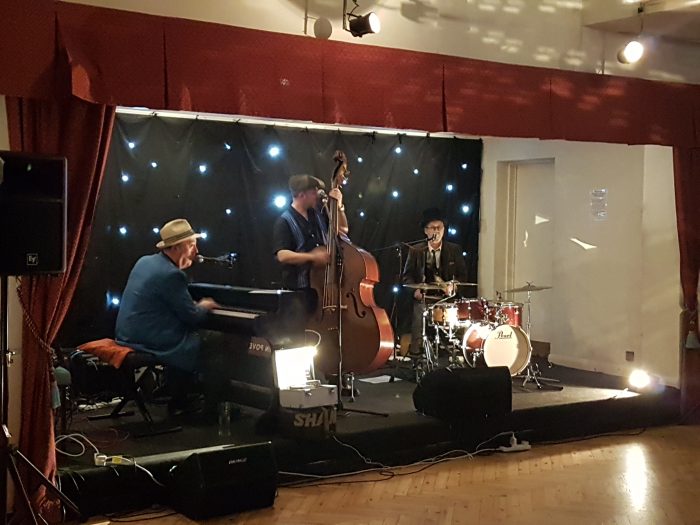 Louder Than War made the journey to the heart of surrey to see witness an excellent performance by the Gavin Povey Band.

Gavin has a long history as a session player having backed several musical luminaries (Shakin’ Stevens, Dave Edmunds, Albert Lee). Now fronting his own band, he tours the UK and Europe in a trio or quartet format, rocking the joints with his mix of boogie woogie and New Orleans style rhythm and blues.

Organised by the good folks of the West End Surrey Jive Club, it was a full house that greeted the band when they took the stage for their first set. Playing with precision but with the required looseness that early rock’n’roll needs, the trio mixed originals with judiciously chosen covers. Playing for an audience of dancers, the band certainly catered for their public with one boogie after the other (“Boogie Woogie Country Girl”, “Cherokee Boogie”).

Far from only sticking to covers, the band aired numerous originals from their LP “Second Lining”. It is a testament to their quality that songs such as “Etta James”, “Go Train Go” and “Hook, Line and Sinker” sat comfortably against classics by Fats Domino (“I’m Ready”, “Saturday Morning”) and Little Richard (“Slippin’ and Slidin’). Each three members took a turn at the mic with drummer Shane Atlas and double bass player Simon Farrell proving to be excellent vocalists too. The band has a new album titled “Allons Rock’n’Roll” scheduled for release on the 30th March (review coming soon on Louder Than War) of which a healthy selection was aired in West End, we want to keep some superlatives in store for the album review but let’s just say that it is a corker !!! Other delights aired that evening were an excellent version of “Seven Nights To Rock” popularised by Moon Mullican and Tommy Dorsey’s “At The Fat Man”. Make sure you catch them if they play in your neck of the woods.

The band have a few shows scheduled this month:

More Info on Gavin Povey can be found at his official website : www.gavinpoveyband.com. He’s also on Facebook.