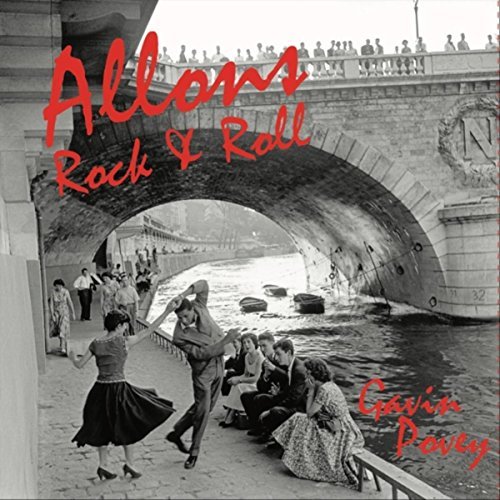 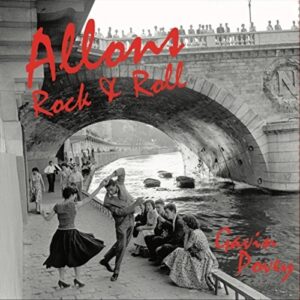 After witnessing the band’s excellent show in Surrey last month, it’s now time to review their latest LP “Allons Rock’n’Roll” which is currently available via all the usual channels. Continuing in the same vein that they showcased on their debut “Second Lining”, the band play a mix of early rock’n’roll, New Orleans style rhythm and blues and Boogie Woogie. The quartet of Gavin Povey on piano, Simon Farrell on double bass and Shane Atlas on drums and Brendan Doyle on saxophone have been playing together for several years including a regular residency at The Leeson Lounge in Dublin which means they are as tight as a band could possibly be.

This new effort offers the band’s takes on several well known (and less well known) songs with a trio of originals. The title track of the LP penned by Cajun accordionist Lawrence Walker sees the fiddle and accordion solos of the original replaced by Gavin’s rollicking piano and Brendan’s honking saxophone parts. Next is Joe Turner’s “Boogie Woogie Country Girl” (penned by Doc Pomus and Reginal Ashby), great vocals and piano by Gavin while Simon and Shane’s steady rhythm anchors the whole thing with Brendan’s sax acting as the icing on the cake. Gavin’s love of New Orleans music couldn’t find a better outlet than a Professor Longhair number (“Bald Head”) that the band tackle with gusto and energy. Two other excellent tracks follow with great versions of Bill Ward and The Dominoes’ “That’s What You’re Doing To Me” and Fats Domino’s “My Girl Josephine”. Hank Williams'”Honky Tonk Blues”, originally a country lament with some tasty pedal steel licks is transformed into an energetic rocker while Clarence Henry’s “Ain’t Got No Home” remains pretty close in its arrangement to the original version released in 1956. The band slow down the pace with a Carl Perkins country number (“Sure To Fall”) where Shane plays pedal steel (a man of many talents !). We return in Cajun territory with “Tonight On The Bayou” penned by Simon that sees Kevin Duffy guest on fiddle. Tucked at the end of the album are two excellent Povey originals, the stomping “Long Train” that sounds like a lost Sun 45 and the exuberant “Long Gone To Hell” where Gavin’s vocals duel with Kevin’s fiddle.

More Info on Gavin Povey can be found at his official website : www.gavinpoveyband.com. He’s also on Facebook.