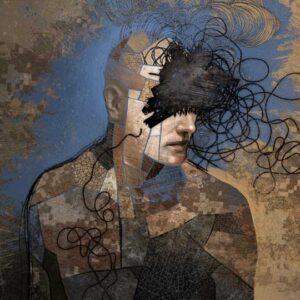 Gaunt Story – Nothing Holds You Like A Song (Leise Laute Records)

Beating Manchester City in the Premier League maybe isn’t the only thing that Burnley can be proud of at the moment. Enter Rob Ashworth (aka Gaunt Story), a man capable of playing many an instrument and emitting some lovely vocals disguised as some of the most accomplished songs you could hear.

On his new album Ashworth continues his journey through picturesque musical scenarios which will have you moving and jiggling any appendage you wish in an attempt to immerse yourself in his sound. He’s not a pretentious guitar player, no silly solos that disappear into an instantly forgettable oblivion, his playing is accomplished and worthy of attention in its own right.

Nothing Holds You Like A Song comprises of 11 tracks, each as entertaining as the other and best listened to in one sitting (although there will be many more) as it takes us on a weaving, escalating roam through gorgeous wordplay and rhyming couplets.

It’s difficult to compare Rob to anyone else although there must surely be others who possess a similar talent, but until we come across them we should embrace what he has to offer for the skill that it is. Album opener My Son The Liar begins with an addictive guitar pluck which is appealing in itself before even examining the father/son conversation which then unfolds.

Rob Ashworth it would seem, is more than a lyricist and songwriter. The man is a poet, and that’s a rare thing in today’s schizophrenic world of music. His words could be the subject of a stage reading and no-one would be any the wiser.

The intro to Forest Of The Lost bears more than a passing resemblance to English Rose (The Jam), but what follows continues the exquisite sound than Rob soon makes his own. Recent single, Seas Of Life, ups the pace with an exciting bass that underpins a fascinating song with a chorus that remains in the ether long after the song has ended.

The title track starts unassumingly but soon expands into a full-blown affair with powerful percussion, sliding electric guitars and timely backing vocals. Drifting away into a blurred cacophony of sound and militarian drums.

More than just a guitar player, November Flows displays the skill of writing an off-kilter melody with drums that occasionally shuffle and tease a trip-hop beat to engage with stunning guitar work. Album closer, Dreams Of Man returns to the one man-one- guitar formula which ends the collection sublimely.

You can hear more from Gaunt Story on Soundcloud. Rob can be followed on Twitter as @gauntstory and liked on Facebook.

Gaunt Story will be appearing at #HarFest2015 in Rossendale Lancashire on 27 September.

YES is the name of Manchester’s newest venue – John Robb...

I read the news today, oh boy… God Save the Queen?