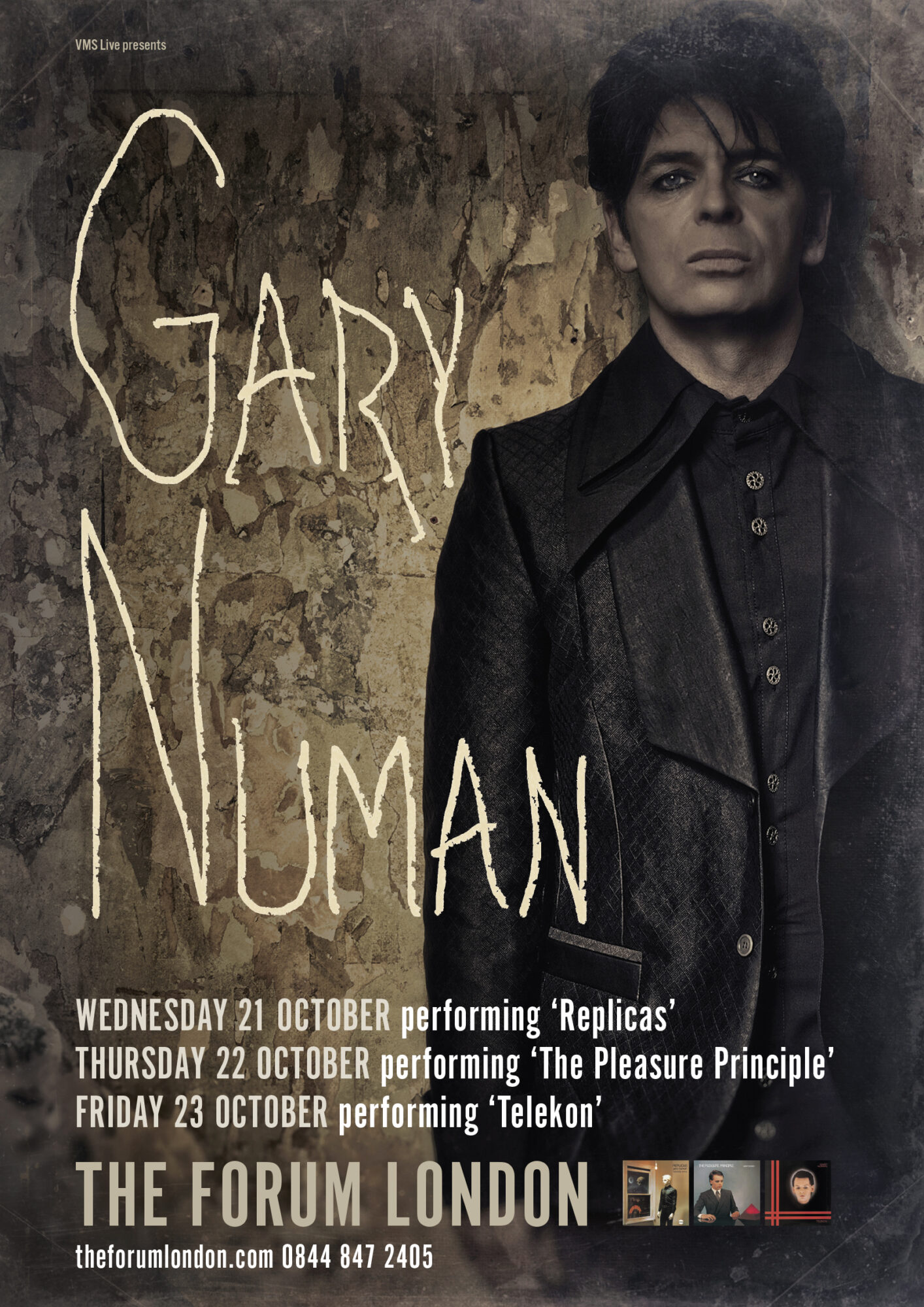 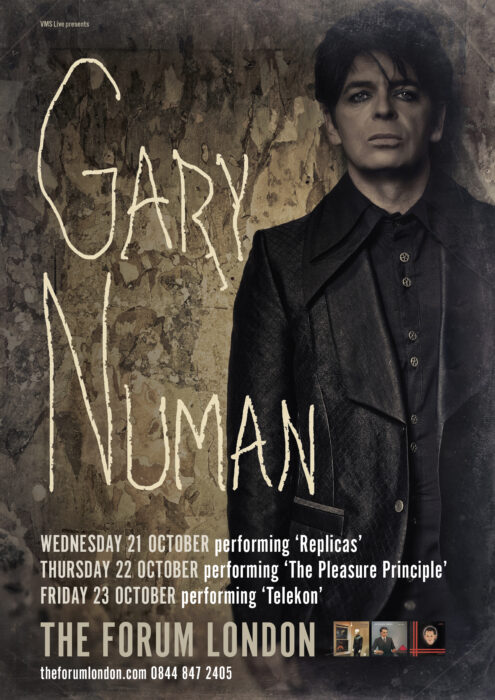 Gary Numan confirms a three night residency at the The Forum, London

Following on from the success of his Top 20 album, ‘Splinter (Songs From A Broken Mind)’, (LTW Review) and accompanying two-year Splinter world tour, electronic and industrial music pioneer Gary Numan returns to the UK with a THREE NIGHT RESIDENCY at The Forum in London to celebrate his classic albums ‘Replicas’, ‘The Pleasure Principle’ and ‘Telekon’ on the 21, 22 & 23 October 2015.

“Having spent most of the last two years touring Splinter, and with another hectic touring schedule being planned for the release of the new album next year, 2015 seems an ideal time to revisit the three albums that changed my life,” says Numan about the three-night residency.

“These three albums are now considered classics and being able to play each one in its entirety, over three nights in London, will be very special for me, and as for the Manchester show, I have some songs planned for that I don’t think I’ve ever played live before. I very rarely look back at past glories but, with these shows, I intend to not only look back, but to celebrate those early days.”

He went on: “Without those songs and experiences I wouldn’t be here today. Splinter was widely considered to be one of the best, if not the best album I’ve ever made. With that achievement I’ve finally learned to be proud of my history, and that’s what these shows are all about.”

This very special residency will see Numan play all three of these classic albums in their entirety, as well as other tracks from his long and distinguished career. Numan’s influence has been recognized by a diverse array of the world’s greatest artists—from Prince to Lady Gaga, Jack White to Kanye West; Beck to Queens Of The Stone Age, and The Foo Fighters to Nine Inch Nails, many of which have collaborated with Numan and covered or sampled tracks from his vast back catalogue.

Tickets go on sale Friday 22nd May from 9am.