Gary Numan has just announced via his Official Instagram page further UK dates for his ‘Savage’ tour – being titled as ‘Savage Pt. 2’ the dates follow a very successful UK tour to accompany the current ‘Savage’ album; the album that saw Numan enter the UK chart at #2 upon release.

Almost all the initial tour sold out n advance, as such demand for this second round of dates will be high; frustratingly anon sale date has yet to be confirmed. 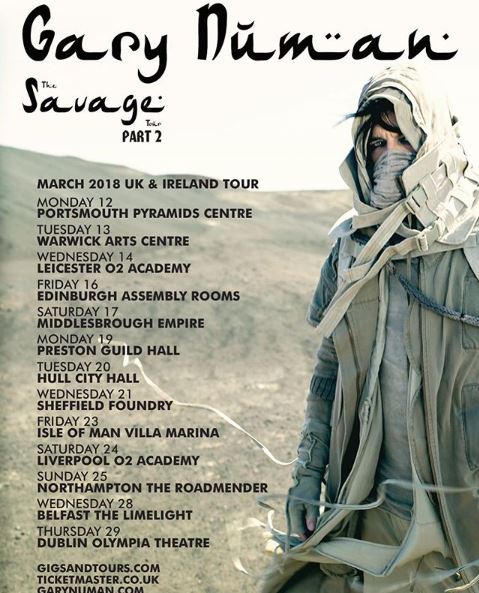 “New Savage shows in the UK and Ireland coming in March 2018. On sale soon. Also Scandinavia, Europe, Australia and NZ shows will be announced very soon.”‬