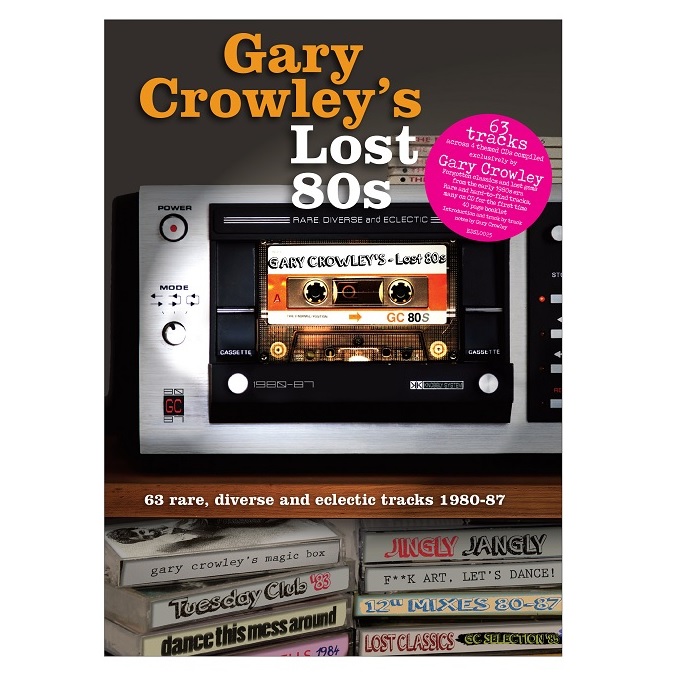 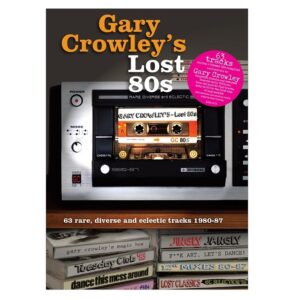 Following on from previous successful compilation of punk and new wave, the inimitable Gary Crowley returns, this time with a veritable eclectic treasure trove of rare and forgotten 80s alt-pop nuggets across four discs; Jingly Jangly, Fuck Art, Lets Dance, Dance This Mess Around and a final disc celebrating that quintessential 1980s format the 12” single.

Over the years there have been innumerable 80s compilations, usually treading the same path. The usual suspects are dragged out time and time again. Same tracks, different order. But now for something completely different. A view of the 80s from a different perspective. One which will have the listener taking a journey across genres, finding bands that on the face of it would never be on the same playlist, but this album works like a dream.

When I say the usual suspects are dragged out time and time again, you may be forgiven for having a glance at the track listing here and thinking that has happened here as well. A quick review of the track listing reveals Wham, Culture Club, Spandau Ballet, Haircut 100 and Bananarama. However, don’t expect Freedom, Karma Chameleon, True, Love Plus One or Venus here. No, these are the early tunes that started them on their journeys. Take Spandau Ballet with Confused, where Hadley sounds like a cross between his later self and Alison Moyet and Bananarama with their debut single, Aie a Mwana, also featuring original Pistol Paul Cook.

The compilation serves a timely reminder of the plethora of talent which was emerging from Scotland. Much of the Jingly Jangly disc features Glasgow bands, but Scotland is well represented across the whole collection. Some bands included went on to become household names like Aztec Camera and Altered Images.  The Bluebells & Strawberry Switchblade appear with their less well-known songs. Where you’d normally find Young at Heart and Since Yesterday, we get Everybody’s Somebody’s Fool & Trees and Flowers. These nestle alongside less well-known acts like Suede Crocodiles who ultimately spawned the Kevin McDermott Orchestra & Friends Again, contributing the supreme bliss that is Honey at the Core, before they split resulting in The Bathers and Love and Money. The sorely missed unique and sublime voice of Billy McKenzie is here too with The Associates 18 Carat Love Affair. With Josef K’s Paul Haig appearing on the same disc with Running Away I am reminded of an unforgettable appearance on a Hogmanay Show around the mid-80s when Paul Haig and Bill McKenzie performed an unforgettable Amazing Grace.

There are plenty pf ground-breaking acts here too, blazing a trail and influencing many who came in their wake. The incomparable Grandmaster Flash share The Adventures of Grandmaster Flash and Whoodini with Magic’s Wand being at the start of when rap started to really take off and break around the world. Funkapolitan, Chic and Was (Not Was) bring their tunes to the party too. I could dance all night.

Fittingly, punk’s premier songwriter, the late Pete Shelley has the magnificent Homosapien (Dance Version) included proving he was so much more than some of the other one trick punk acts. Agit-pop is represented with Gang of Four and I Love a Man in Uniform while Theatre of Hate ask us that perennial question Do You Believe in the Westworld? And the Redskin. Well they just Keep on Keepin’ On and the world is a better place for it…

Observant listeners will note the influence of 23 Skidoo on 90’s dance behemoths The Chemical Brothers with their track Coup providing the key sample in Block Rockin’ Beats and the fact that Morgan McVey’s Looking Good Diving with the Wild Bunch really broke through a couple of years later when it morphed into Neneh Cherry’s mega breakthrough hit Buffalo Stance.

This eclectic mix proves the worth of scratching the surface and finding gems under the sometimes-glossy sheen with no substance that permeates the average 80s compilations. What is Mr Crowley going to come up with next? I’m waiting in anticipation.