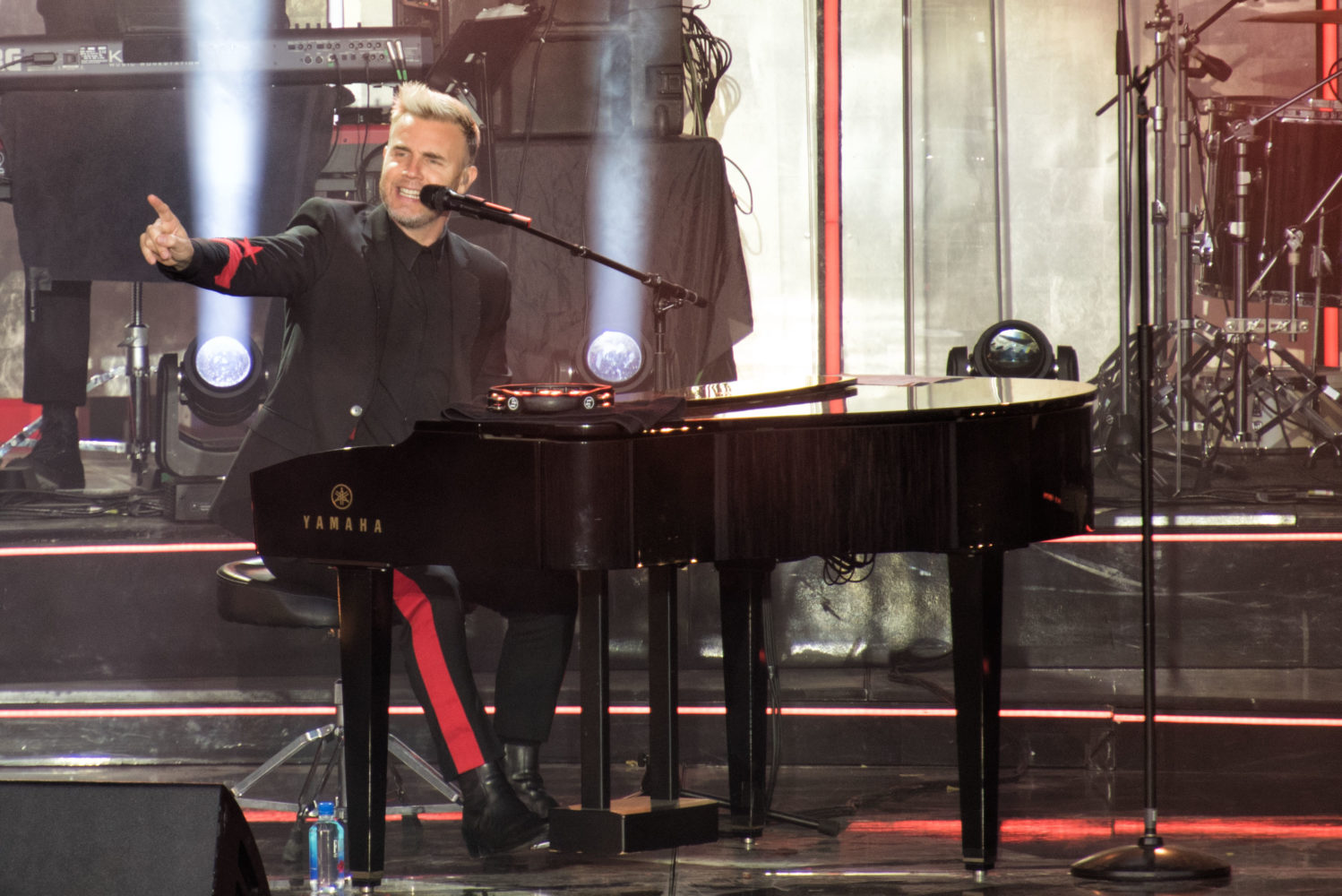 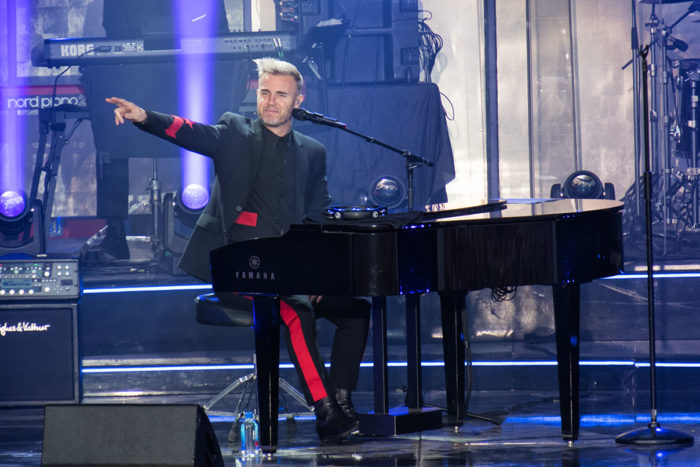 Louder Than War photographer Melanie Smith goes deep into the forest to capture Gary Barlow OBE performing some of his biggest hits on his solo UK summer tour, in his home town of Cheshire.

Gary Barlow has been performing since he was 15 years old. He is renown as the British singer-songwriter-musician with the Manchester pop group Take That. He is also a record producer, musician, X Factor judge, and writes songs for a multitude of artists in addition to scores for musicals. It seems his talent knows no boundaries. Take That won an astonishing eight BRIT awards, they sold over 45 million records and over eight million concert tickets. 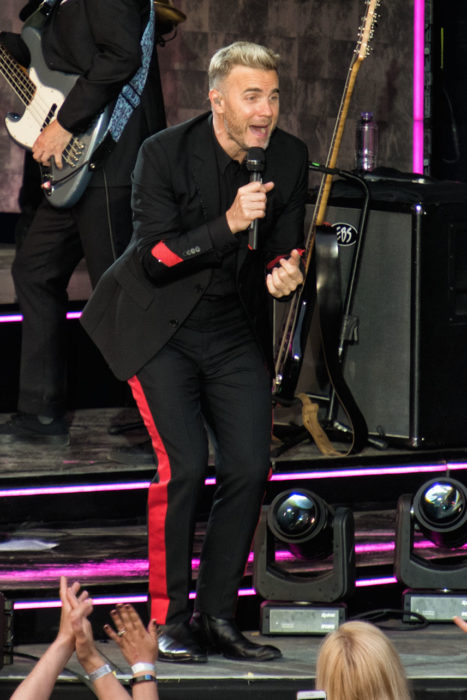 Gary Barlow performed in front of a sold out exuberant crowd at Delamere Forest just 3 miles from his birth place of Frodsham. Beaming with smiles he walked onto the stage and performed his first song on the piano ‘Since I Saw You Last’, which led into ‘Live Those Years Again’, things started getting more lively when he burst into ‘These Days’. Gary was obviously thrilled to be back on the road again, especially playing here, on Twitter he announced that it was so important to him and reminded him of the times he played in the forest as a child, how far he had come and how his Dad would be so proud of him.

I have to say from the few songs I saw from my position at the mixing desk his show came across as a slick cabaret Sinatra style show, which reminded me a little of the Robbie Swings Both Ways show, minus the flamboyancy, dancing and cheeky charm. However he was definitely a hit with his fans, who were all mixed ages, mostly female gender it has to be said. There is no doubting his professionalism and musical prowess, but  I do prefer him performing with Take That, rather than solo. 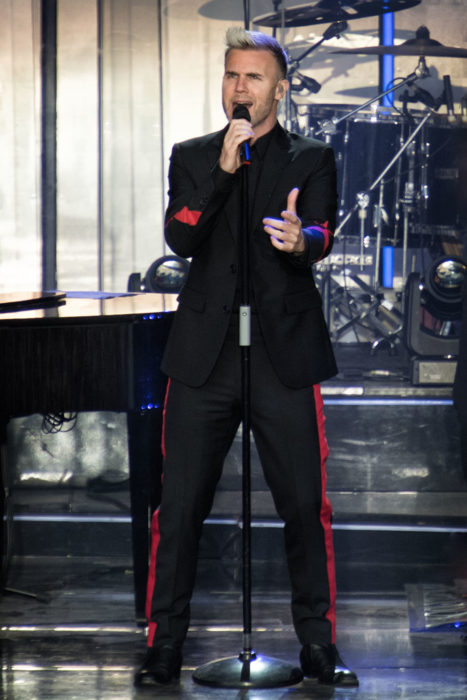 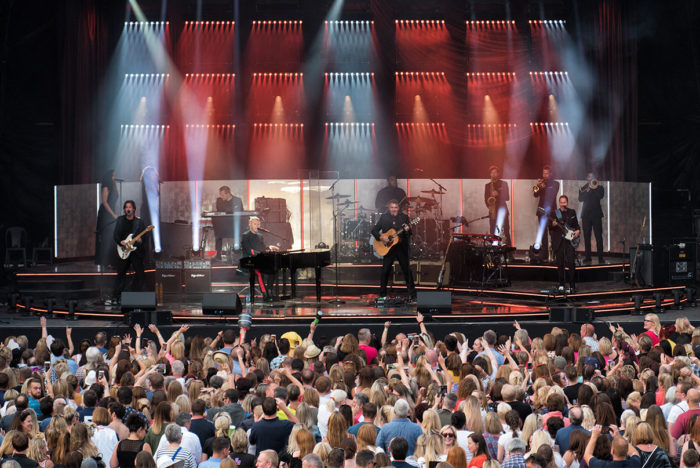 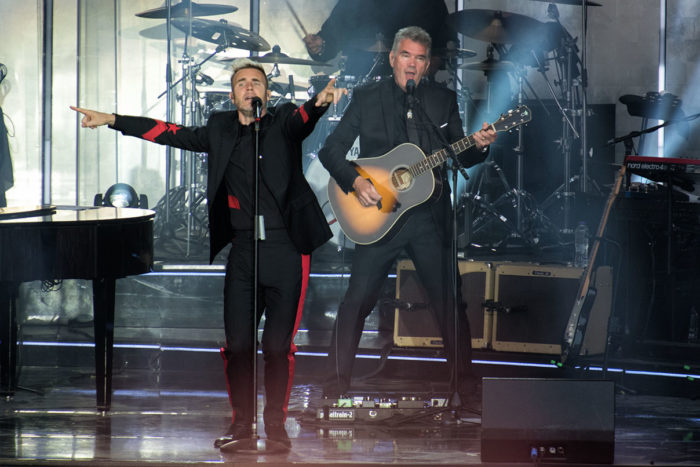 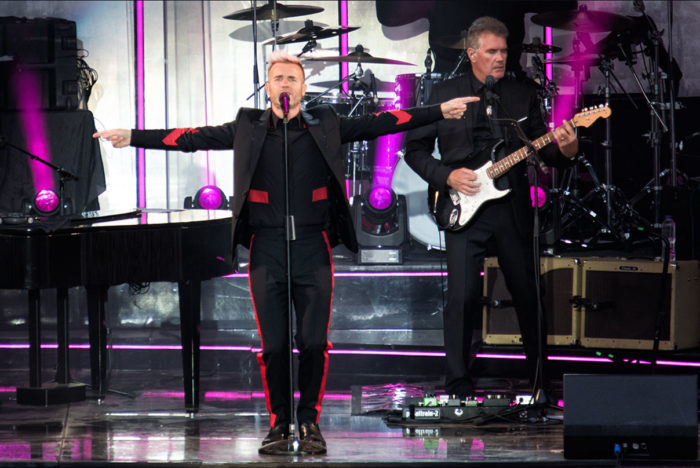 Please note: Use of these images in any form without permission is illegal. For any inquires please contact mel@mudkissphotography.co.uk