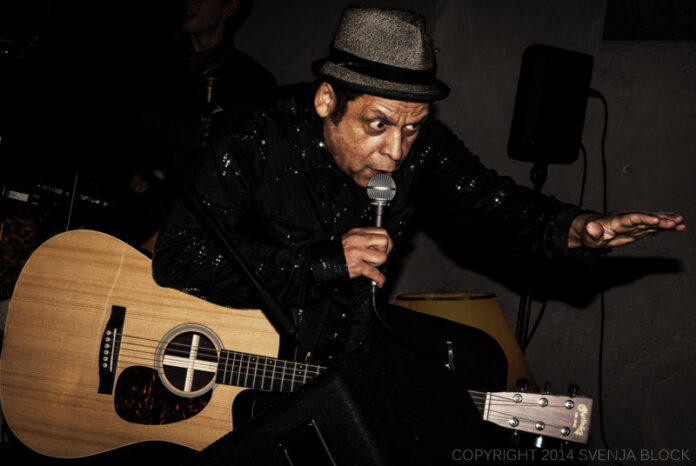 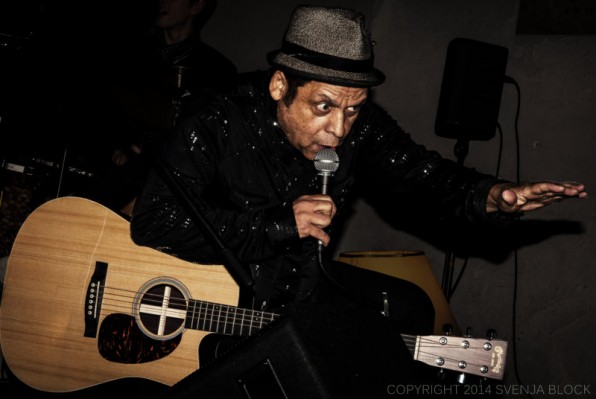 The current Garland Jeffreys tour comes hot on the heals of the release of his excellent new album Truth Serum. Louder Than War caught his London date.

Garland Jeffreys is a performer whose career spans the decades since the late 1960s, and who has collaborated with some of the greatest musical talents, but yet remains an almost underground figure. The reasons for this status may lie in the lengthy hiatuses between albums and the rarity of tours, but that said, Garland has emerged from the shadows for a 4 date UK tour coinciding with the release of a new album, Truth Serum.

The opening show of the tour was in the chiaroscuro of a candlelit St. Pancras Old Church, as intimate a venue as could be imagined and ideal backdrop for the emotional honesty and spiritual intensity that hallmark Garland’s work. 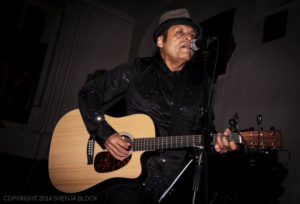 Garland’s musical roots are in the East Village scene in New York City, and like longtime friend and collaborator, NYC legend Lou Reed, the city is the subject of a good proportion of his songs, such as “Coney Island Winter” – a reflection on the aging of the once-lively park and his own advancing years. Other songs tapped into more positive, life-affirming sentiments, (“I’m Alive”) but all in all the keynote was the sheer transparency and clarity of the feelings being shared.

Quite apart from the passionate lyrical content, the performance itself was fiery and engaging with Garland telling stories about NYC clubs, Bruce Springsteen and Bob Marley inbetween songs. It was hard to believe that Garland is in his seventies.

Set up as an acoustic trio (backed on guitar by the opening of Leicester- born singer-songwriter James Maddock, who now lives in NY), the band filled the little space by the altar, but Garland would often come down the aisle, leaving the mic behind, projecting a wistful voice deep into the heart of the crowd. As the set progressed, he rang the changes in musical styles, from reggae (“No Woman No Cry”) to rock and roll (“96 Tears”). By the end of the set, we felt like we had made a friend and everyone came to their feet for a number of encores – closing up with one of his better-recognised songs, “Wild In The Streets”, which has been covered by the likes of The Circle Jerks and Chris Spedding. With a venue this unusual and an artist that is difficult to pigeonhole neatly, this evening was a unique, energising experience.

All words by Glenn Noble and all photos by Svenja Block. You can find more of Svenja’s photos at her Flickr or on Facebook.