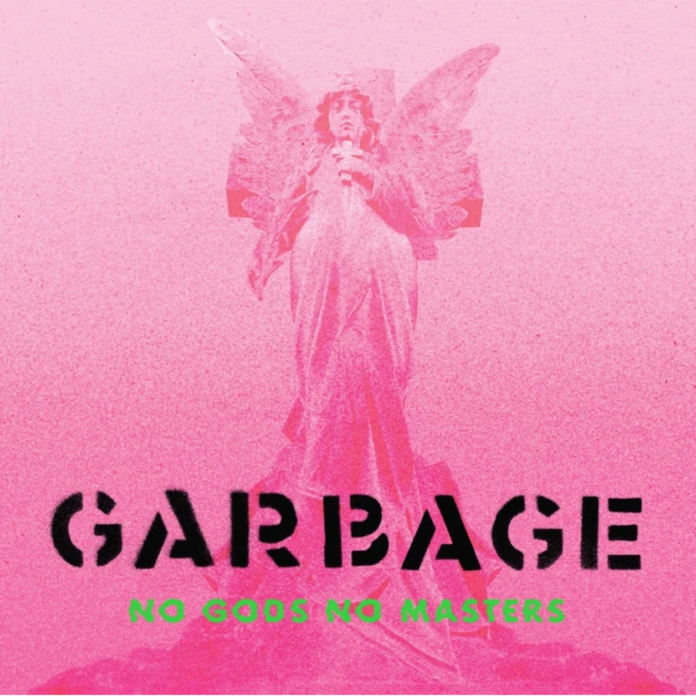 Garbage: No Gods No Masters 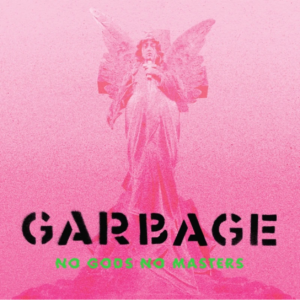 No Gods No Masters is the record everyone needs in this infernal landscape of 2021, offering explosive battle cries for smashing the patriarchy and resisting the politics of the present.

In Garbage’s seventh album, Shirley Manson is on fire (but really, hasn’t she always been?). She sings, whispers, chants, and bellows all the things we’ve wanted to scream as we’ve watched the world devolve into petty megalomaniacal power plays by the dunces at the top. No Gods No Masters works as a concept album that brilliantly develops a multifaceted retort to the godheads and monsters we’ve never wanted to worship. Before you recoil at the notion of a concept album, I say it here with high praise and reverence. Garbage shows us a way to assail the social and cultural structures that ultimately seek to marginalize and destroy.

Indeed, we must “destroy the violator!” This directive resounds across the first track, The Men Who Rule the World, and serves as a unifying motif across the album. The opening song establishes a framework for No Gods No Masters, with electronic beats reminding us of our entrapment in a digital moment of seeming despair as we relate to being “stuck inside my head all the fuckin’ time.” Yet the introspection of the track is overpowered, both conspicuously and necessarily, by the immediacy of its outward looking political commentary. Manson sings, “The men who rule the world/ Have made a fuckin’ mess . . . . Make it a crime to tell a lie again/ And watch those haters bleed.”

The next song, The Creeps, integrates elements of the past with a contemplative present fury that’s set up through the opening track. The lyrics that start and close the song feel like a smart homage to Bush Tetras’ glorious single Too Many Creeps as Manson rasps, “When I get like this/ I give myself the creeps . . . . I give myself the creeps.” It’s as if Pat Place’s observation of all the creeps swarming around New York City in the early 1980s, and Cynthia Sley’s vocals that breathed life into those post-punk impressions, has become even more reptilian in the modern age. The Creeps is my favorite track on No Gods No Masters (and one of Garbage’s all-time best).

As the album moves into Uncomfortably Me, it’s clear that Garbage have made albums before and know how to craft a record with undulations of speed and timbre. This song brings about a softer shift before moving into the loud and ferocious single Wolves. Waiting for God to Show Up and Godhead, the following tracks, cement a key trope within No Gods No Masters. They illumine the contradictions inherent when those in positions of power perform religious devotion while engaging in brutal acts of sexism. “Look what they did to her boy/ And nobody’s blinking an eye/ She’s choking on sadness with no hope for justice/ Just look what they did to her boy.” Such devastating language gets followed quickly by a fierce recrimination in Godhead. Manson growls in spoken-word form what so many women want to scream out, “Would you deceive me?/ If I had a dick/ Would you know it/ Would you blow it?” The song’s grungy electric guitar, white-noise fuzz, and forceful percussion tie it back to Garbage’s eponymous album in sound alone, allowing the lyrics to transcend time and demand a reckoning for the pervasive misogyny that hasn’t changed much in the last 25 years.

Shifts between the personal and the political occur across Anonymous XXX, A Woman Destroyed, and Flipping the Bird, back-and-forth transitions mirrored by waves of volume and rhythm. In the penultimate song that shares its title with the album, No Gods No Masters condemns the politics of the present in which devious minds offer prayers for the violence they’ve wrought: “The future is mine just the same/ No gods or masters to obey . . . . Save your prayers for yourself/ ‘cause they don’t work and they don’t help.” By the time the album reaches its end with This City Will Kill You, I can’t help but feel as though Manson offers a valediction. The song circles back to Garbage’s early single Only Happy When It Rains, itself a reflection of pastness in its Jesus and Mary Chain homage: “Everybody’s praying that it rains/ it’s been promised now for days.” Perhaps it’s not a swan song, but an elegy that marks the losses of the twenty-first century—both those occurred and those to come.

As if you needed more reason to buy No Gods No Masters, the bonus tracks on the deluxe edition are killer. Can Shirley Manson, Exene Cervenka, Brody Dalle, and Marissa Paternoster please form a supergroup?