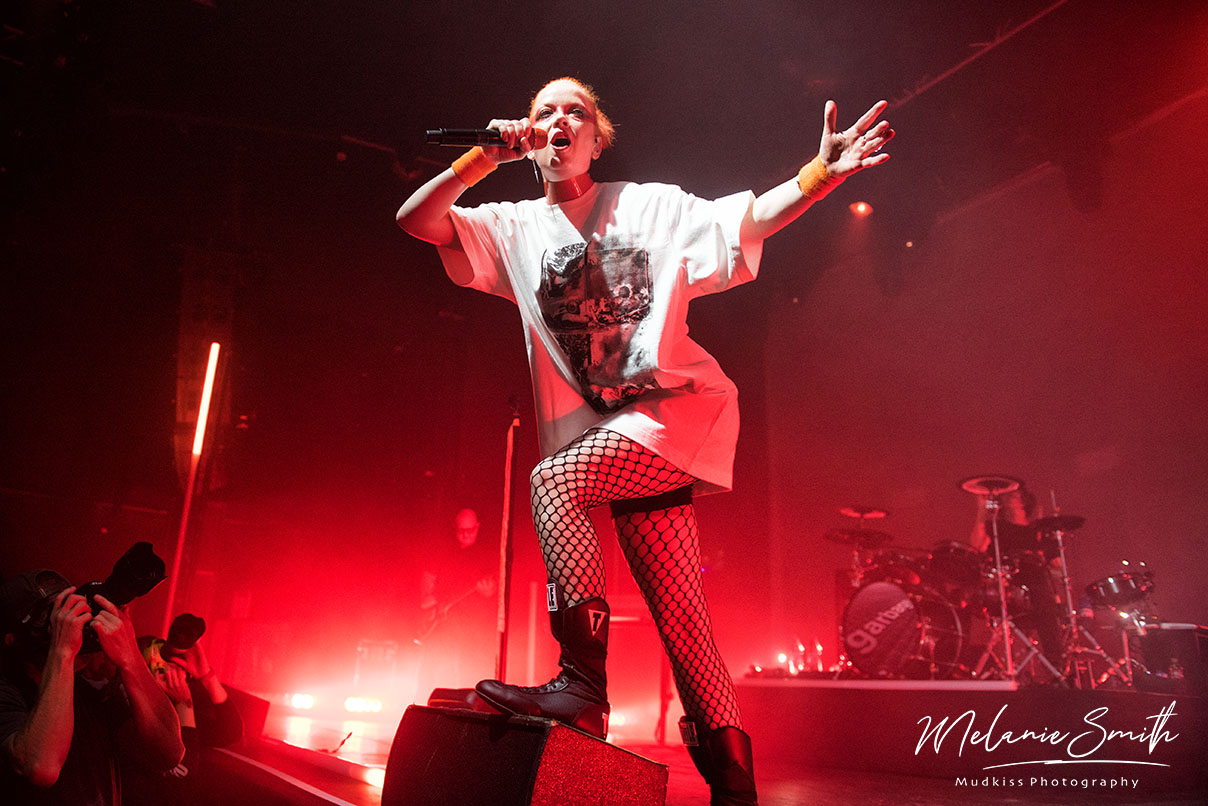 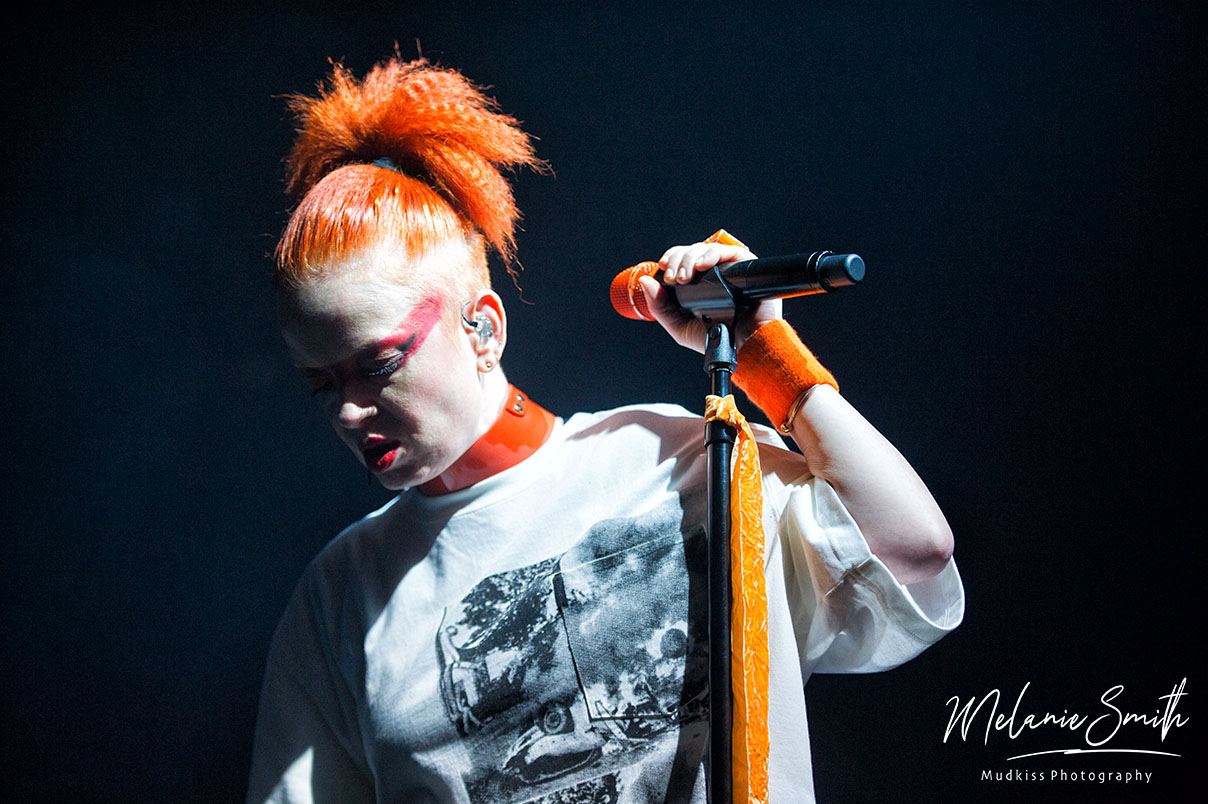 Generating their own brand of post-grunge techno alt-rock, the US/UK Garbage have carved out an intricate and varied two and a half decades creating and playing music. Louder Than War headed to Manchester’s Academy to check out their show as part of the 20th Anniversary Tour, promoting sophomore album Version 2.0.

The Academy’s main room is close to being packed, the audience creating oven-like levels of heat, yet it’s only 7:40 pm on a Sunday. The support band, Cardiff’s Estrons have a distracted audience to engage. The zeal with which Rhodri Daniel smashes out sounds from his guitar and the immense momentum Steffan Pringle provides on bass indicates some truly fearless punk rock is possible! It’s something of an indifferent start, but happily, they find their way to ramp things up considerably after the first few tracks. The second half of their set shows off some stronger riffs and striking melodies, and while pretty standard these days, there is some angsty, politically garnished lyricism. Overall Estrons indie alt-rock is decently scrappy but doesn’t quite deliver the clout they are clearly capable of. Pockets of this large audience are left looking quite indifferent. 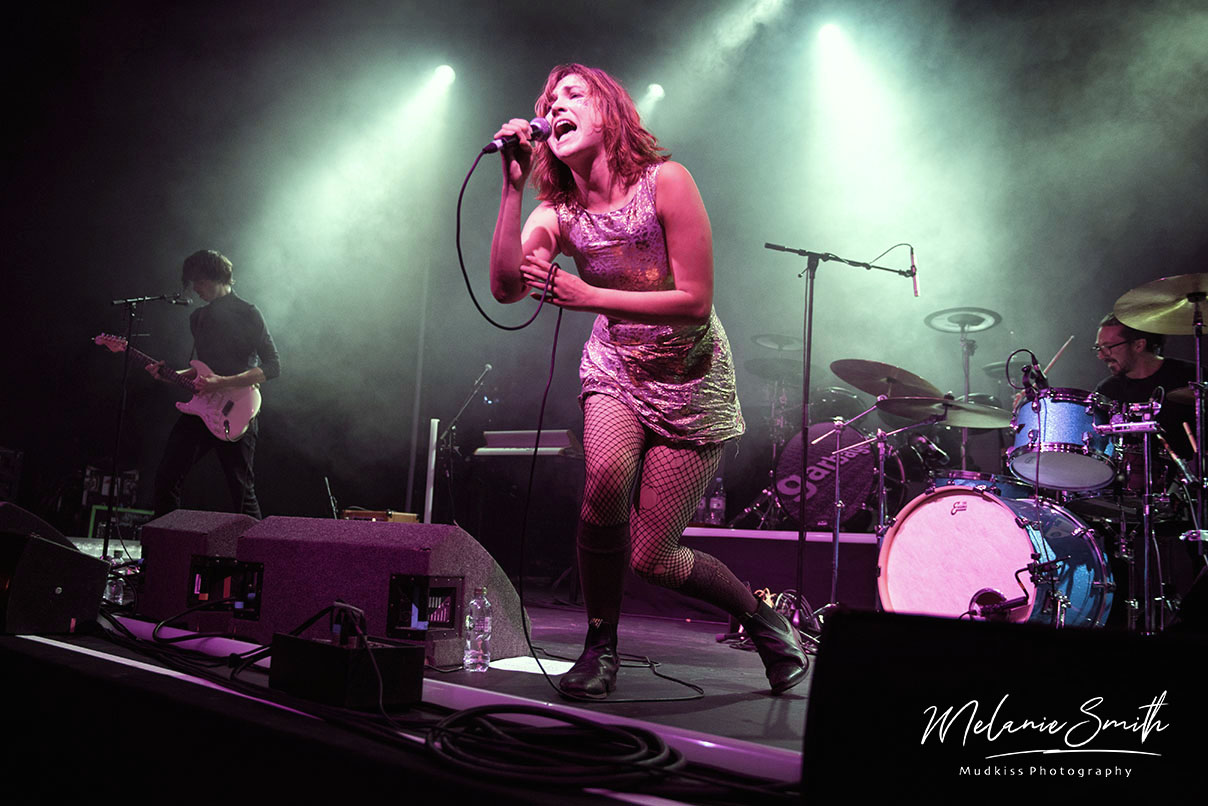 As an early teen desperate for authentic indie punk rock, I never took to Garbage. I considered them insufficiently vigorous and in those few times I was dragged to a gig or came across them at a festival, they failed to provide me with a single goose bump. Firstly, Butch Vig, producer de-la-crème for Nirvana, The Smashing Pumpkins, Tad, Sonic Youth and Soul Asylum. if we were not at home playing a track he had a hand in during the 90’s, we were out dancing to one. Second Shirley Manson, a portrait of poised aggression, delivering mesmerizing performances with an impeccable contralto growl. Have times changed or would my previous perception remain? 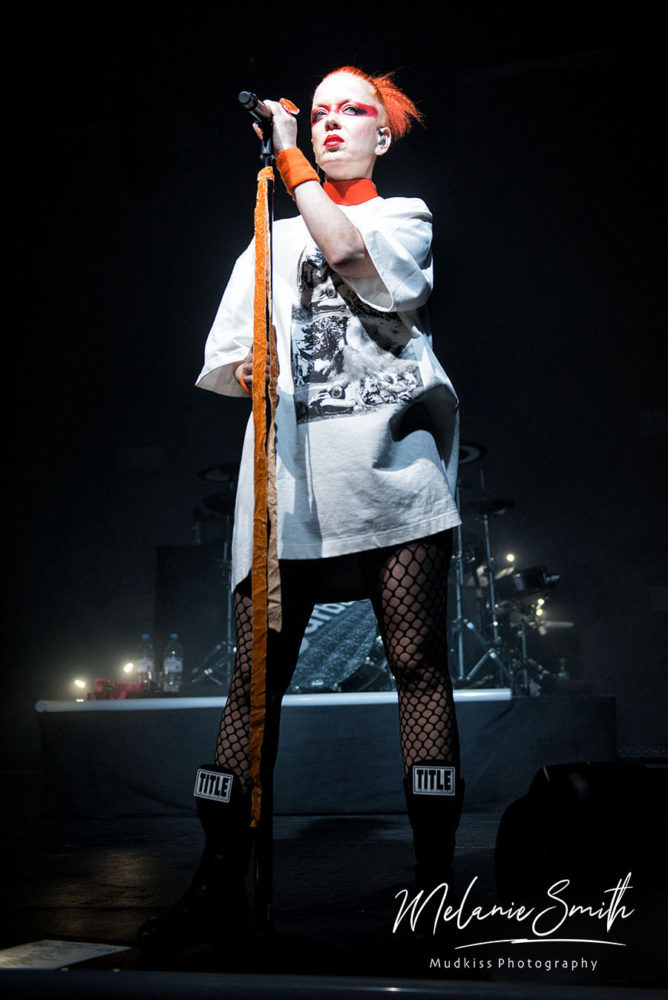 The focus of tonight is Version 2.0, the 1998 album, which followed on from their eponymously titled debut release from 1995 with its alt-rock and pop sensibilities. It was darker from the start; the lyrics more introspective and the album boasting a stronger injection of electronica. Tonight they start the show with Afterglow followed by Deadwood, the B-side tracks for the single release of I Think I’m Paranoid. The audience shows its appreciation of the strikingly delivered performance – so there are plenty of cheers and applause to kick things off!

Version 2.0’s opening track, Temptation Waits comes next. The retro feel it sported back in the day actually sounds fresher now than it did then. It’s a lowkey techno vibed, rock anthem of anxious self-loathing and infatuation. Wicked Ways again has fared well, a feisty number, which maintains its pep with a portion of Depeche Mode’s Personal Jesus thrown in. The track has worked a bit of magic and even the ’til now static parts of the audience start to stir.

The back and forth of tracks continues throughout the set. Mid-way we find ourselves with the playful Get Busy With the Fizz, jerky thrashes of Hammering In My Head and the raw emotion of Medication in quick succession. Manson occasionally sharing her thanks for the support along with anecdotes about the tracks, with an engaging candour.

The set continues to deliver characteristically spirited guitars, pristine techno beats, and Manson’s scowling growl remains worthily at the forefront throughout. The stimuli triggers of Lick the Pavement and part of the two-song encore The Trick Is to Keep Breathing are performed with their uniqueness highlighted and celebrated. By the time the shows ends with a cover of David Bowie’s Starman, the audience is loudly showing their love. The congratulatory cheering and clapping an honest show of appreciation.

Tonight, Garbage delivered a melancholic, cyberpunk affair that flowed well, the musicianship and performance were exceptional.

Live Review by Katie Clare. More news, articles and interviews by Katie on Louder Than War can be found at her Authors Archive. Katie can also be found on Twitter where she tweets as @tokyo_katie and Instagram as tokyo_katie_captures her feed is devoted to captures from shows past and present.