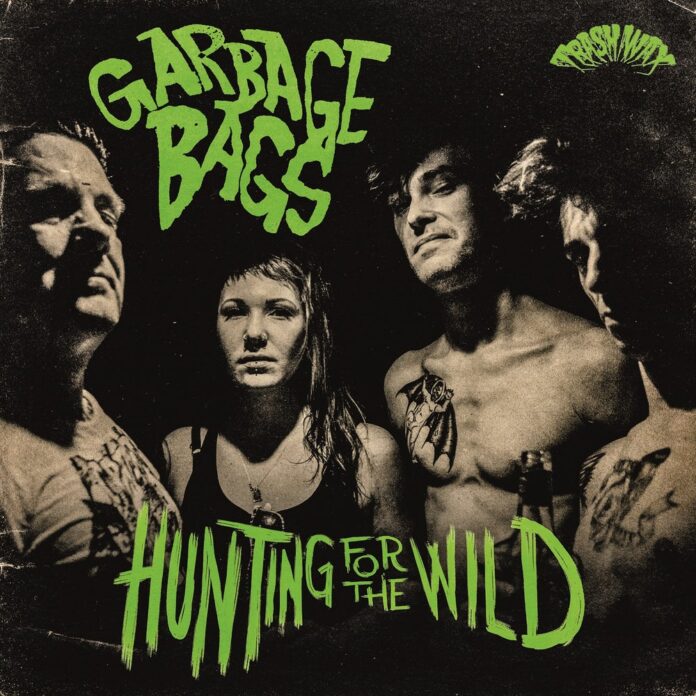 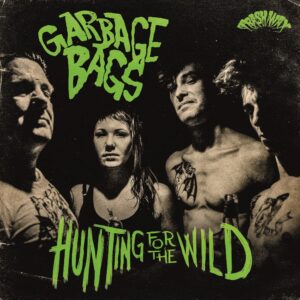 According to their brief biography “Garbage Bags are a garage trash band from the upper dump”.

Not sure how the good folk of Ghent, Belgium feel about their locale being referred to as ‘the upper dump’ – having heard this 13 track debut I’d suggest they’d probably want shut of the Garbage Bags as quickly as Lux used to shuffle out of his wet look latex!

Why? Well, this is one seriously gnarly release, treat it as an odyssey through a timeline of rock n’ roll trash, a journey that draws upon primitive 60’s song structures to the post punk aggression of the 80’s and beyond, all the while peppered with snatches of recognisable melody and riffs plundered from a crate diggers smorgasbord – the cumulative effect is a genuinely incendiary album.

Opener ‘Here It Comes’, a darkly purring, almost hypnotic decent into the impending mayhem complete with gravelled vocals, ahead of ‘Bombshell’ a track that borrows The Kinks ‘All Day And All Of The Night’ riff and builds into a menacing eerie blues moan ahead of the superb throbbing pulse of ‘Final Day’ which is pinned to the floor by a jack hammer beat and some raucous backing harmonies.

‘Beathouse’ has a slinky rhythm and neat time changes, whilst ‘Think Of You’ is a fired up 80’s psychobilly foot stomper driven by a solid slap bass, complete with P Paul Fenech like vocals in this five knuckle shuffle declaration of love; the powerhouse punk blues burn through ‘Fear Of Debt’ ahead of title burner ‘Hunting For The wild’ that sees Nico’s vocals summoning demons alongside some sensual blues frazzled guitar.

Flip it over and ‘Little Girl’ bursts out of the traps, again driven by an sweltering bottom end rhythm and a nagging riff that shimmers beneath the surface before exploding into a guitar riff Poison Ivy would be proud to call her own.

‘Turn My Life Around’ is a seriously unsettling collision of swamp blues and the dark psych of the likes of Red Crayola which leads neatly into ‘Blinded’ a sensual, bewitching rocker that hints at the Gun Club’s gothic catalogue.

‘Straight To Hell’ will have the mosh pits bouncing, a sub two-minute straight garage rocker with yelped vocals, the perfect entrée to the raw as hell ‘Prayday’ with its rabble countdown to collapse.

The Garbage Bags have drawn influence from the likes of The Cramps, Gun Club, 60’s beat garage, psychobilly and trash then created their own forbidding sound that will appeal to gore hounds everywhere.