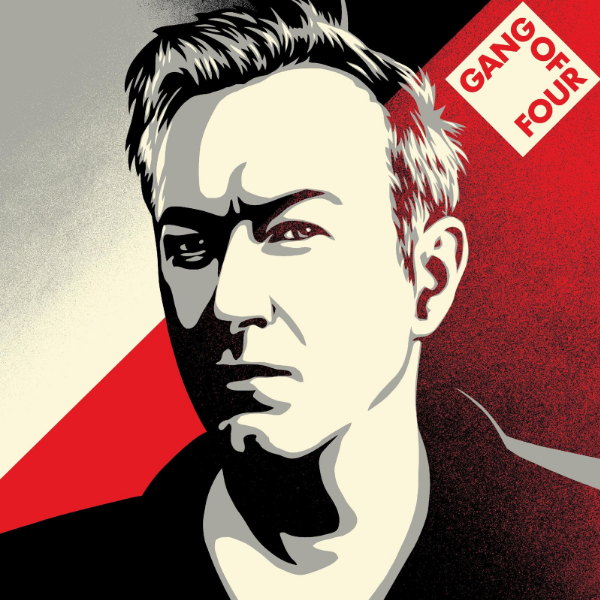 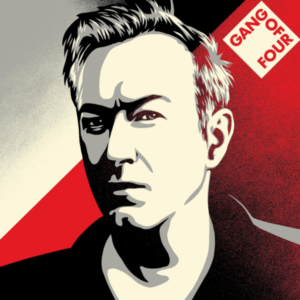 The spirit and energy of the band had such momentum that July 17 sees the release of a new EP, Anti Hero, the first Gang of Four recordings since the demise of Andy Gill. These recordings feature Andy on every song and were one of the last recordings he did before he died.

Gang of Four members singer John Sterry, bassist Thomas McNeice and drummer Tobias Humble have continued with not just the blessing of Andy Gill’s wife Catherine Mayer, but with her active involvement.

All monies generated by The EP will go to Guy’s and St Thomas’ Charity, supporting the hospital that cared for Gill before his death. All the musicians involved in the project have given their time for free. Music distributor Republic of Music have also waived their distribution fees for this project.

The EP’s title of Anti Hero was chosen to reflect attitude towards those hailed as being ‘great men’. Mayer says of the title “Andy always had a healthy scepticism about celebrity culture and populist politicians and he could always spot when someone was blowing smoke.”

Lead track on the EP is Forever Starts Now, which was written by Gill and Sterry and carries on the Gang of Four aesthetic nicely, with a muscular backbeat and taut guitar work. The guitar fades into the background at times, but Gill’s style of playing was always as much about the gaps he left in his sound as it was about his trademark sonic attack.

The EP also features new versions of two earlier Gang of Four songs, 2019’s Change the Locks and Glass, which dates back to their debut album Entertainment. Sterry says “Both tracks were completed at the time of Andy’s death; yet both have incredible resonances for these lockdown times. His ability to write songs that remain relevant was unparalleled.”

The new versions sound sleek and menacing with Glass being perhaps better produced than the original but no less angular and uncompromising.

For those who doubt the credibility of the latest Gang of Four lineup, it is worth pointing out that John Sterry has been with the band for 8 years, while Thomas McNeice clocks in at 12 years, making him the longing continuous member of the band apart from Gill himself. McNeice said of the recording “It was strange, to say the least, to work on a Gang of Four EP without the wisdom and guidance of Andy, but it was nice to feel his presence and influence again”

It is. Fans of Gang of Four will find much to love about their latest release. A bitter sweet triumph.