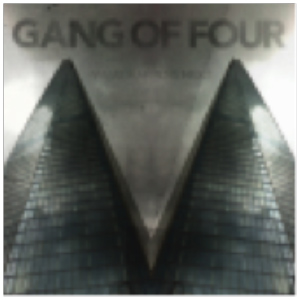 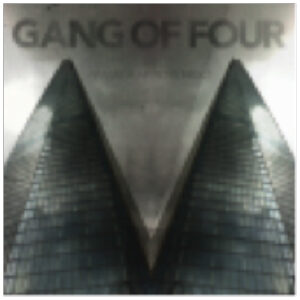 What Happens Next (Metropolis Records / Membran)

The Gang Of Four return with a collection of songs that mark a new direction for the band.  It is full of unexpected twists but it lacks real punch, it asks plenty of questions but provides few answers.

Leeds based post-punk pioneers Gang Of Four are back with a follow-up to the critically acclaimed 2011 album Content. If you discount 2005’s Return The Gift, a collection of re-recordings, What Happens Next is just their second offering since they reformed in 2004 and the first without lead vocalist Jon King.

Shorn of King with his distinctive vocals 59-year-old Andy Gill is now the only original in the current line-up but to describe the band as the Gang Of One would be both unnecessary and frankly it would miss the point. Gill has always been the bands artistic director, main writer and driving force and the essence of GO4’s sound remains.

What Happens Next might well be the question that you ask about GO4 with the new line-up, about the direction the album is taking or about the world in general. The album certainly tackles some of the big issues of the day. Gill’s wry comments and observations on societies failings, consumerism and greed are all present and it is perhaps this aspect that remains most true to the bands post-punk roots.

Gill’s distinctive guitar riffs hark back to the early post-punk sounds of New Order but the feel is definitely different. The album sees Gill collaborate with a range of artists including Alison Mosshart from The Kills, Robbie Furze from The Big Pink, Gail Ann Dorsey, Herbert Grönemeyer and Japanese superstar Hotei.

It is the use of a constantly changing line-up of vocalists that keeps you wondering What Happens Next?   The constant changes of pace and direction certainly keeps things fresh but for me at least I was never sure I could never work out if this was a good thing or not. Despite multiple listens over the period of the last week or so I was never completely sure where things were going, doubtless some will find this a blessing others will find it a curse.

The album opens with what sounds like a cut from a 1930’s blues recording and this leads into the sort of melancholic doom laden commentary of life in modern Britain that New Order or The Smiths would be proud of. To be fair John Sterry’s vocal does add nicely to the sense of melancholia.

Early tracks “Broken Talk” and “England’s in my Bones” both sung by Mosshart are strong tracks but it is when the bass lines take the melody on “Isle of Dogs” that the album is at its best. I enjoyed Herbert Grönemeyer moaning his way through the sombre “The Dying Rays” but sadly, to my old ears at least the anger and energy of GO4’s early recordings is missing.

At times, notably on the fairly pointless lambasting of social media that is “Obey The Ghost,” this is an album that poses questions but fails to provide any answers.

Gill certainly touches on the big issues both locally and globally but if feels like commentary rather than rebellion, observation rather than a call to arms. It feels a little like a late middle-aged man reflecting on the fact that all the anger of youth failed to ensure the changes in the world order that the observer wanted to see.

What Happens Next is certainly a departure, a new direction with some unexpected twists. It is not at all unpleasant but neither does it scale the heights.