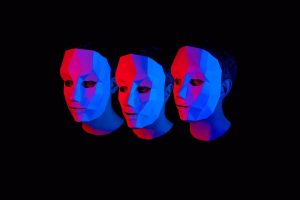 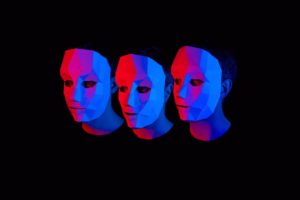 Written over an 18 month period and recorded with Jamie Ward from Maybeshewill in Leicester and Newcastle, it’s a miracle that this, GALLOPS’ second LP was ever to see the light.

After releasing their debut album Yours Sincerely Dr. Hardcore in 2012 to a rapturous reception which earned them a fierce reputation on the live circuit, Wrexham’s Gallops soon announced they were no more and broke up in 2013. So when in 2016, almost three years to the day of splitting up, they announced their return, it was with open arms that GALLOPS returned to the fold.

On first listen, Bronze Mystic’s sound feels like quite a leap from their debut album. But on subsequent listens, the sonic landscape on which they are painting seems to gel and the mood and music start to make sense.

Opener, Actual Landscapes has great John Carpenter-esque electronica to start with glitchy vocals. It’s got quite a dancy feel to the first third. Follow up Shakma has a very spacey electronic feel with some really BIG beats. African beats come in to complement, but they soon turn into heavy punishing beats. Nice

Pale Force starts with some gentle electronica and pounding tribal drum beats. The first hints of guitar come in to this track reminding us of GALLOPS’ mathrock past. The glitchy guitar and layers of electronica combine with break beats that would almost certainly translate brilliantly live. Quite the pit. Graverobber and Crystal Trap have more big electronica sounds that are at times harsh noise and conversely blissed out in the same track! There are euphoric chord changes and distorted guitar in both Graverobber and Crystal Trap. This is when the LP really seems to be coming into its own.

Meta has more harsh, industrial sounds that again accompany a BIG throbbing beat. Darkjewel is for me probably THE standout track and feels like the pinnacle of the sound and feeling that the band were striving for with this release. It is a brutal and punishing assault on the senses with big noisy throbbing electronica that I swear to god was shaking the crockery in my kitchen! There is a real menace about this track that is approaching Fuck Buttons territory for which I absolutely applaud them. It bobs and weaves and in the last quarter, the noise is ramped up once again. It unsettle and makes one feel uncomfortable. And for that reason, I bloody love it. Being taken out of one’s comfort zone by any art is a triumph in my eyes.

Last track Professional Weapon feels playful and quite commercial compared to Darkjewel. There is a lot of orchestration and euphoric builds that i really like. The big beats that have featured throughout the LP don’t stop here and the LP finally comes to quite a harsh noise finish. Gorgeous stuff.

Overall, I think GALLOPS have produced a solid sounding LP that may confuse longtime fans with their heavy leaning on electronica. However, the harsh sounds that the band still manage to create indicate a maturing sound that is refusing to stay rutted and is eager to develop and evolve. I think it’s a brave move and one that shows integrity and dedication. I approve.

You can buy the vinyl HERE