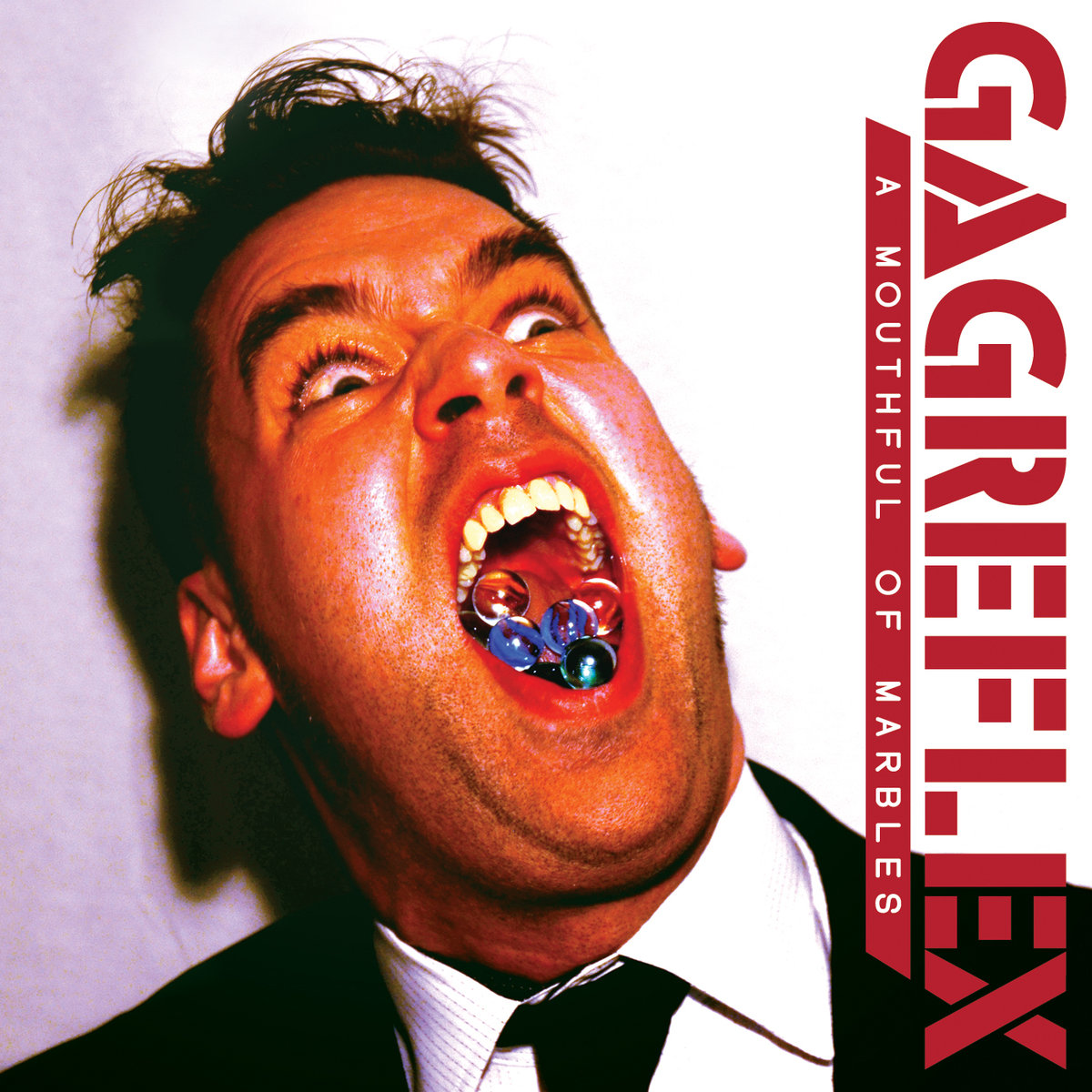 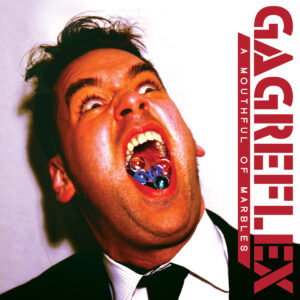 “A two-headed punk rock machine – small enough to tour in a car; big enough to take your face clean off’”. Seb and Stu on drums and bass respectively make their impressive long-playing debut. The awfulness of their band name sticks in Ged Babeys throat though.

Now, GagReflex is probably the worst band name I’ve come across this year.  I initially thought it was a kind of ‘Alternative-to-Alternative Comedy’ Club.

The ghastliness of the album cover; a Stewart Lee lookalike with a gobfull of marbles is even more disconcerting.

But, this is a band who warrant closer attention, particularly if your introduction to the thing we call ‘Punk Rock’ was courtesy of Therapy?, Nirvana and the ‘grunge era.  And, if you are particularly enamored with the bass guitar and its capabilities and possibilities…

The selling point stroke novelty aspect of GagReflex is the fact that they are a two piece.  Nothing strange about that; White Stripes, Royal Blood, Blood Red Shoes, Science of Eight Limbs and so on and so forth, drums and guitar are all you need (sometimes). But GR are BASS guitar and drums, and vocals obviously.

There was a long-lost anarcho-punk band called D&V – who were just drums and vocals. And last year a mini album came out by a great artist called Sneaks who are just one woman and her bass!  But I have to admit I haven’t come across a bass, drums and vocals combo before… but are they any good?

Yeah. They’re ‘awesome’. They ‘rock’. They have a full, dynamic, raging sound. You barely notice that there’s no guitar.

The songs are intense; Therapy meets Fugazi via ‘The Holy Bible’ era Manics type stuff. (I have to be honest, they are a little too intense and serious for my personal tastes as this moment in time… but they are, looking at them objectively, which is what I should do,.. a helluva powerful and unique band).

Seb Goffe (drumnasty) and Stu Hawkins (bassnasty, throat) are from Cheltenham and their biography reads;

Spawned from the ashes of a band that imploded trying to write the most complicated songs known to man, the two heads that are GagReflex decided that they needed a new MO. Enter a new approach – brave, obtuse, defiant, yet simpler, and more fun – bass and drums – that’s all you need, right? GagReflex thought so and got cracking on that basis. A fresh new blend emerged – absolute punk rock, with alternative pop tendencies – something to leave an odd but addictive taste on the palate.

I think you get the idea…  Would-be or novice rock bass-players should really get hold of this album to see how to get the maximum musicality and ass-kicking variety out of the instrument. Many an established bassist will go green with envy too I should imagine.

Seb the drummer is a master of his art too needless to say.

Using the Therapy? comparison again as an analogy, GagReflex are at the Teethgrinder stage but I am confident they will come into the full-on Troublegum / Screamager phase with there next release.  In the meantime, if drum’n’bassnasty appeals, get hold of this album quick.